A 33-year labor of love winds down - Catholic Courier 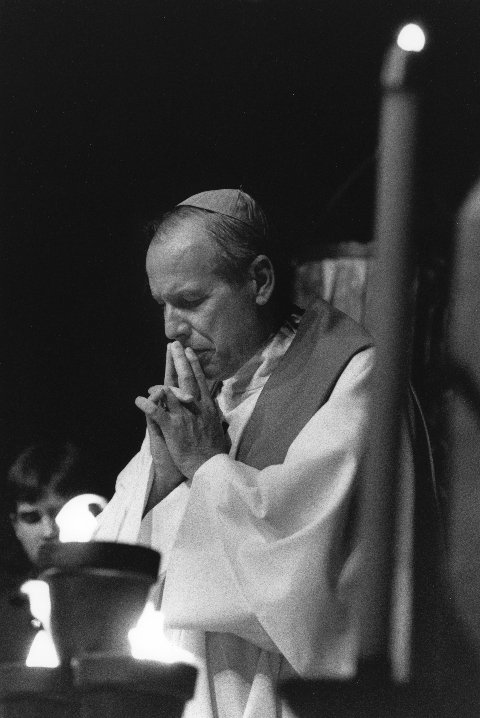 ROCHESTER — His tenure soon to end as spiritual director at North American College in Rome, then-Father Matthew Clark anticipated a return to his native Diocese of Albany after a seven-year absence. He had no lofty goal for a new assignment, simply “to take up whatever ministry Bishop (Howard) Hubbard wanted me to do.”

Then his phone rang — and that call would mark the start of his journey toward the most significant milestone of his life.

Minutes later he was meeting with Archbishop Ernesto Civardi, secretary of the Sacred Congregation for Bishops, who relayed an invitation from Pope John Paul II for Father Clark to become Bishop of Rochester. That would make him, at age 41, among the nation’s youngest bishops along with Bishop Hubbard, his good friend.

“I felt if this is what God wants me to do, then I’ll do it,” he recalled. Hence, he began spending time in the college’s library, scrutinizing the Official Catholic Directory’s section on Rochester “just to get a sense of facts and figures. I sat in a corner of the library so people wouldn’t ask, ‘Why are you looking up Rochester?'”

Suffice it to say that Bishop Clark now knows this diocese fairly well, having spent two-thirds of his 50-year priesthood here. His time as Rochester’s bishop will end in the next year or so, following the resignation letter he submitted to Pope Benedict XVI when he turned 75 on July 15, as dictated by church law.

Bishop Clark is the only bishop most diocesan Catholics under the age of 40 can remember. His reign in Rochester is the second-longest in diocesan history, extending through six presidencies and parts of five decades. As the maker of major decisions affecting the local Catholic Church, his decisions inevitably have been met with mixed opinion, yet he said his overall experience among his flock has been marked by joy and fulfillment.

“It’s been my life,” said the bishop, who plans to continue residing in these parts as bishop emeritus. “This diocese has nurtured me, strengthened me, understood me, been patient with me. They’ve given me more than I could even identify.”

The priesthood was a flickering thought for Matthew Harvey Clark, from the time he was a young altar server at his home parish of St. Mary of the Assumption in Waterford through his years attending Catholic Central High School in Troy. From there he enrolled at Holy Cross College in Worcester, Mass., as an education major. Although he also considered the legal profession, the call to a priestly vocation intensified and, after 18 months of college, he entered Mater Christi Seminary in Albany. One semester later he arrived at St. Bernard’s Seminary in Rochester for a two-year stay; he then finished his studies at the North American College and Gregorian University in Rome. He was ordained in Rome as a priest of the Diocese of Albany Dec. 19, 1962.

He served as a teacher and parish priest for two years before returning to Rome to study canon law, receiving his licentiate (an advanced graduate degree) in 1966. He was appointed to stints as the Albany Diocese’s vice chancellor, an assistant parish pastor and chair of the priests’ personnel board. In August 1972 he began a seven-year commitment — two as assistant spiritual director, five as head — at the North American College.

Bishop Clark recalled with amusement at how quickly news spread that he had accepted Pope John Paul II’s request that he become Bishop of Rochester. Following congratulatory phone calls that day from several bishops, in the evening he phoned his mother, who with his sister had just recently visited him in Italy.

His 1979 appointment to Rochester marked a return as bishop to the city he had left as a seminarian just two decades earlier. He took over leadership of the Rochester Diocese from Joseph L. Hogan, who had stepped down due to health concerns. He was ordained a bishop May 27 in Rome and installed as bishop June 26 before several thousand people at Rochester’s Community War Memorial.

Bishop Clark’s priestly ordination nearly 50 years ago occurred just weeks after the opening of the Second Vatican Council. One concrete example of his efforts to implement the council’s vision is seen in the 2003-05 renovation of Sacred Heart Cathedral to bring the building more in line with Vatican II liturgical guidelines.

He also has been a strong advocate of Vatican II’s focus on greater involvement of the laity. Among the notable examples are the diocesan pastoral-planning process, which gave parishioners substantial say in how parish reconfigurations occur; the synod process of the early 1990s, which solicited input from Catholics all over the diocese; the creation in the mid-1990s of pastoral administrator positions, enabling laypeople to lead parishes; and the 2009 release of his book Forward in Hope: Saying Amen to Lay Ecclesial Ministry, which explores how increasing ministerial opportunities for lay men and women are changing the face of the Catholic Church.

The bishop is known locally and nationally for taking strong stands in support of women and homosexuals, and for permitting open debate of controversial issues. Yet in 1998 he drew the line between discussion and what is permitted by church law when he removed Father James Callan as administrator of Rochester’s Corpus Christi Church after parish leaders repeatedly violated church teachings regarding intercommunion, same-sex unions and women in liturgical roles.

Bishop Clark rates Corpus Christi among his most painful experiences as bishop. However, he said the sexual-abuse crisis that exploded in 2002 — resulting in his removal of numerous priests from ministry — is “far and away, without rival or equal, the most devastating” of all crises during his tenure.

He also has led the diocese through a spate of church and Catholic-school closings and presided amid sharp declines in church attendance and vocations — trends that have hampered the church throughout the entire Northeastern United States.

“These have been years of tremendous change in the church. … I don’t anticipate the world coming to some utopian status in the near future,” he said. Still, he said he’s adamant about reminding the faithful that “we are one body in Christ, we have nothing to fear.”

Bishop Clark credits diocesan Pastoral Center employees and parish leaders for many successes during his 33-year reign: “I have been blessed with incredibly gifted people.” Yet he’s slow to give himself accolades, maintaining that he’s still a work in progress.

“People might have the impression the when bishops are ordained, named bishop, that they’re the finished product by virtue of their ordination — they’ve got it all put together and they know everything they need to know to do their job without flaw,” he remarked. “(But) it’s a constant challenge to grow.”

The bishop’s humble nature helps him bond easily with parishioners when he presides at Masses and other gatherings around the diocese.

“I try to always get there in time to greet people as they’re coming in and try to make as many personal connections as possible, however brief they may be,” he said, invoking the Parable of the Mustard Seed: “The mustard seed is small, seemingly insignificant. When it’s cultivated and nurtured it can grow into great things.” Bishop Clark noted that his efforts at accessibility also are fueled by Jesus’ example of communicating the Gospel message mostly by actions, rather than words.

He frequently invokes humor and has been known to become visibly overcome with emotion while speaking from the altar.

“It takes awhile to physically and emotionally collect myself,” he said, explaining that his emotional responses might be triggered by a prayer, the people he’s with or a memory that strikes him. “Something touches me very deeply and it’s hard to go on with a steady voice.”

While most members of his flock give up the daily grind by age 75, Bishop Clark hasn’t cut back his daily schedule, continuing to juggle local, regional and national meetings; visits to parishes all over the diocese; get-togethers with friends and people in need; and appointments with a host of visitors at his Pastoral Center office.

“I feel very, very well, I really do — healthy, energetic, full speed,” he said, although he added that “I’m aware more and more of the importance of naps. My friends tease me that I have the gift of sleep.”

His replacement as bishop will likely come on board within the next year, and as such, Bishop Clark has been bathing in considerable nostalgia as of late. “It’s amazing to me, at this time of transition in my life, how everything triggers a memory these days,” he said. Sitting in the cathedral for this interview with the Catholic Courier, he noted that he’s presided at “hundreds and hundreds” of Masses there. Pointing toward the cathedra — the bishop’s chair — he observed, “When the new bishop comes I will have sat in that for the last time.”

However, he said he looks forward to the next phase of his life.

“I’m quite delighted with the whole thing,” he remarked, adding that retirement will give him time to reflect — “to put it all together, to connect the dots that you haven’t connected to date.”

Although he plans to make more trips to his native Albany, he will continue to reside in this diocese, saying that “with my friendships and connections, it’s just my overwhelming preference to stay here.”

Asked about his legacy as shepherd of the Catholics of Rochester, he paused for several seconds, emotion again welling up, before he offered a simple, hushed response:

“I would like to be remembered as someone who loved them.”