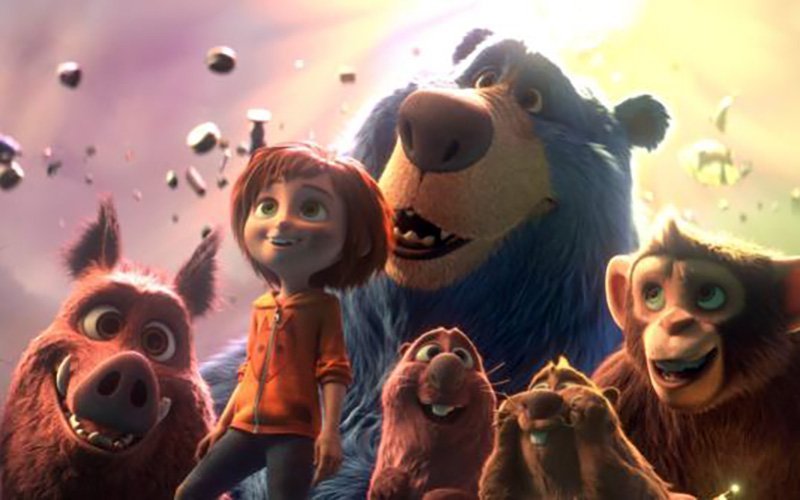 But the constant, eventually annoying, repetition of the term only draws attention to the fact that it does not apply to the proceedings on screen — which fall far short of such a superlative.

Though the rambling story, penned by Josh Appelbaum and Andre Nemec, is free of objectionable elements, moreover, the many dangers the characters face, together with a fraught emotional situation, will likely prove too scary and upsetting for little kids. The parents of larger fry, by contrast, will have nothing to worry about, not even the seemingly inescapable potty humor of so many movies aimed at youngsters.

Though it’s a small matter, it somehow seems telling that there’s a discrepancy between the object on which the action centers and the film’s title. Said object is an imaginary amusement park called, not Wonder Park, but Wonderland. (Did someone fail to consult the copyright lawyers in time?)

Wonderland is the product of a long and loving collaboration between young June (voice of Brianna Denski) and her mother (voice of Jennifer Garner). Together they come up with ideas for the place and suggest them to a stuffed chimp named Peanut (voice of Norbert Leo Butz).

Peanut is one of the leading figures in the menagerie of cuddly creatures June maintains in her bedroom. The ensemble also includes a blue bear called Boomer (voice of Ken Hudson Campbell) and Greta (voice of Mila Kunis), a wild boar.

When Mom becomes seriously ill and must go away for medical treatment, however, June, understandably upset, lashes out by turning her back on Wonderland.

In an effort to divert her attention to something more positive, June’s father (voice of Matthew Broderick) ships her off to math camp in the company of her best pal (and would-be boyfriend) Banky (voice of Oev Michael Urbas). But the bus has barely driven off before June decides that Dad can’t fend for himself all summer, and escapes to make her way back home through the woods.

There she stumbles on a real-life version of Wonderland, staffed by Boomer and company. The venue, though, has suffered from her anger and her neglect.

Things are in disrepair and are steadily being further damaged by pesky hordes of tiny but mischievous “chimpanzombies.” Many of the rides, as a result, have become potentially dangerous. So if runaway roller coasters and the like are not your idea of fun, steer clear.

There’s a climactic lesson about the need to confront — and be honest about — your emotions. While perfectly acceptable, this message comes by way of a premise that might instill fear or worry in the most impressionable moviegoers. For everyone else, “Wonder Park” makes suitable but uninspired fare.

The film contains frequent peril, somber plot developments and brief mild gross-out humor. The Catholic News Service classification is A-I — general patronage. The Motion Picture Association of America rating is PG — parental guidance suggested. Some material may not be suitable for children.
– – –
Mulderig is on the staff of Catholic News Service.