A famous atheist experiences a change of heart in Christian film, 'Let There be Light' - Catholic Courier 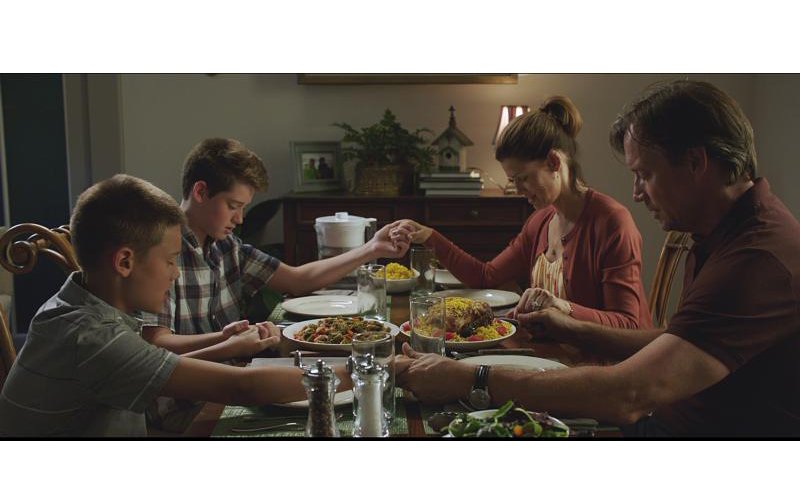 NEW YORK (CNS) — “Let There Be Light” (Atlas) is an evangelical Christian drama with a familiar plot: A wayward sinner, in this case a famous atheist, experiences a change of heart.

The film is being marketed as a family-friendly event for church groups. The promotion tools include not only a teaching guide with Scripture references but also suggested outlines for sermons. And, in truth, the movie feels as if it had more to do with a religious studies curriculum than with entertainment.

Reflecting a small budget, its pacing is torpid, although Kevin Sorbo, the star and director, brings all his charisma to bear as Sol Harkens, a divorced, hard-drinking father bitter about the cancer death of his young son, Davey (Ethan Jones).

Sol says he no longer believes in prayer, because “that would mean praying to the very God that killed (Davey).” He’s turned his atheism into a best-selling book.

Several twists and turns in the dialogue, presumably aimed at conveying cultural and political relevance to a wide audience, come out sounding odd instead. Comedian Bill Maher, for instance, who has long identified as a religious skeptic, is compared to the diminutive mayor of Munchkin City in “The Wizard of Oz.” What Maher’s stature has to do with the validity or invalidity of his views on religion is not made clear.

Sol undergoes a second spiritual crisis after he’s injured in a car accident and has a near-death experience during which he temporarily reunites with Davey in a tunnel of light. “Let there be light, Daddy,” Davey says. Sol is mystified about this request for a very long time, but eventually figures it out.

Which brings us to Pastor Vinny (Michael Franzese). Explaining the Resurrection to Sol, Vinny thinks of himself as a “street guy” who did a 10-year stretch in a federal penitentiary, and “I don’t believe things so easily.”

Vinny then delivers a rough-hewn, “Sopranos”-style sermonette likely to be as quotable, down the years, as the King James Bible: “The empty tomb. What happened to the body?… Jesus gets whacked, right? They stick his body in a tomb, they seal it up tighter than a cement drum. What happens next? Bada bing! The body disappears. …

“Now if he resurrected, that’s a miracle. And that’s not a little miracle. That’s a big mother of a miracle. …

“But nobody ratted out where the body was. Think about that. The disciples, not one of them broke rank. They went to their death sticking to that story. You know why? Because Christ was resurrected. There was no body.”

Screenwriters Dan Gordon and Sorbo’s wife, Sam, who also plays Sol’s ex, Katy, clearly know how to put the fun in fundamentalism. Shortly after that, Sol is baptized in a creek, reunites with Katy and searches for a new direction for his life.

“Are you guys ready for the amount of heat that will be coming your way with this?” Hannity asks. “Your intention is to proselytize. What about diversity? What right do you have to impose your religious values onto somebody else?

“What right does ISIS have to cut people’s heads off?” Sol responds.

The exchange speaks for itself, and indicates the uneasy blend of sincere religious sentiment and political propagandizing that is “Let There Be Light.” More homiletics and less of Hannity would have helped.

The film contains mature themes and scenes of excessive alcohol use. The Catholic News Service classification is A-III — adults. The Motion Picture Association of America rating is PG-13 — parents strongly cautioned. Some material may be inappropriate for children under 13.