A father's reflection: More than just a journal - Catholic Courier 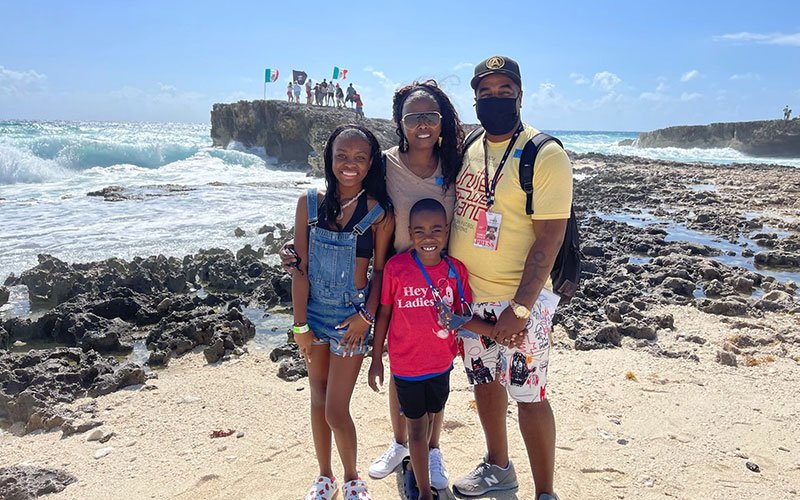 Fatherhood is the ultimate trust exercise

He records everything in the notebook. Red flowers. Purple flowers. Yellow flowers. Ant hills. Cardinals. The one and only cactus in the neighborhood in front of the red house on the corner. My 7-year-old son Chase puts everything he sees on our walks into his new journal.

I had the opportunity to pass on one of my oldest traditions — journaling — to him this year and he’s taken to it faster than I could have expected. Proverbs 22:6 reads: “Train the young in the way they should go; even when old they will not swerve from it.”

Chase reminds me so much of a little boy growing up in Brooklyn during the 1980s. One that carried around newspapers and his journal everywhere he went. That little boy was me, and my career as a journalist was born from my time writing in my journals.

As a husband and father, I wanted to pass on to him something that made me comfortable — the habits that I feel carried me through that awkward adolescent phase, freshman year in college and the beginning of my journalistic career at small newspapers in south Georgia.

Along with my conversations with God, my journal was where I went when I had to make a big decision or record a significant moment in my life. There’s an entry for June 29, 2014, the day after Chase was born.

Now as a staff writer at the Atlanta Business Chronicle, I still keep a journal today. And my son does too.

My faith in God and the gift of writing that he has blessed me with has helped me grow my confidence as a father. I always wanted to do it right, or at least how I thought fatherhood was supposed to be done right.

Every night I pray to God that I am doing it right. When I see Chase with his journal pressed against his chest, eyes to the sky to better see the birds he’s writing about, I feel my late mother’s approval of the job I’m doing.

My parents, Charlie and Diane, raised my brother Darryl and I in a Catholic household. I attended Catholic school through 11th grade and still attend Mass weekly. That faithful foundation set me on the path to be the father and husband I am today. For 13 months prior to my current job, I served as a staff writer at the Southern Cross, newspaper for the Diocese of Savannah, Georgia.

Catholicism and writing have always been with me. Journaling is a way for my son and I to share something we love, similar to the times we have spent with baseball, soccer (I have been an assistant coach on both of his teams the past three years) and playing board games. Hearing Chase tell me to make sure I grab an extra pen before we leave home for our walks is like music to my ears.

One sunny Friday afternoon, we decided to alter our normal route through the subdivision in which we live. Chase had an opportunity to write some new entries into his journal. Tall banana plants. Blue jay. Dogs. He was so excited to log new experiences into his journal. As a father I am always thankful to God to be able to show him more of the beautiful world we live in.

A little over a week after Father’s Day, my family and I will be on vacation in Orlando for Chase’s eighth birthday on June 28. There’s no question he’ll have his journal with him. We are going on a cruise and there will be more new discoveries for him to jot down.

Being blessed to be able to provide these adventures to my family is a gift from God that I never forget to thank him for. Watching Chase write in his notebook brings back so many good memories. It’s more than just a journal. It’s a way of life that I passed down to my son.

Thank God he is a son to me, and I a father to him.

(Donnell Suggs, 44, was born and raised in Brooklyn, New York, and is a staff writer for the Atlanta Business Chronicle. He has been married to his wife Chia for eight years and along with Chase, has a 17-year-old stepdaughter Kayla.)