A front seat to the immigrant experience - Catholic Courier 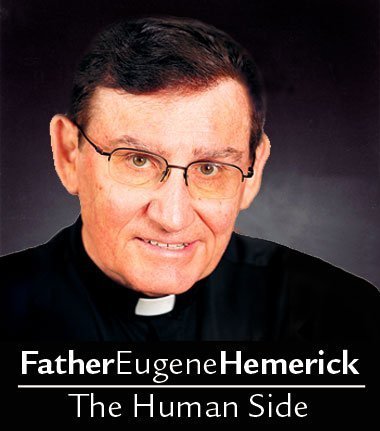 The public television series "The Italian Americans" was an absolute delight in reminding me of my Italian upbringing.

"It is now finished and he has returned to God. So, too, am I on a journey and will return to God, as you will also," he said.

His counsel was my first lesson in possessing a sound philosophy of life.

As a young man, my grandpa sailed from Naples, Italy, to the United States, knowing no English and having few contacts when arriving. Through hard work, he made a decent living, married and had three children. One of those children was my mother.

He confided that when he arrived in the U.S., he picked up the wrong suitcase. Finding it full of diapers, he worried about the mother who owned them and how she would cope.

He worked in construction, digging trenches from the street to homes to install pipes. The trenches were very deep and sometimes they would cave in. Workers like him sometimes died.

Early on in their marriage, my grandma and grandma watched their first son die of tuberculosis. Others in the neighborhood knew they had gone through a lot and had endured many hardships; many would seek their counsel when they confronted problems of their own. My grandparents knew life from the bottom up.

When my mother got angry, my grandpa would sing and hold onto one of the musical notes like an opera singer. She knew that meant, "Why are you making a big thing out of this? Life is too short; have a glass of wine and calm down!"

When the news announced war or something else that was disturbing, he would remind us that bad things were part of history: War had taken place before, it was happening now, and it would happen again.

Although much of the country was on food stamps back then, we ate well. I used to sit at the kitchen table and help my grandma and my mom make ravioli. Cutting the ricotta-filled dough into patties was great fun!

We made our own wine, and when it went sour, it was the best wine vinegar money could buy.

Grandma used to eat raw garlic in order to maintain good blood pressure. Her kisses were truly unforgettable. Also memorable was waking up in the morning to the sound of my mother singing, cooking and the smell of garlic permeating the house.

No doubt those of us born into different ethnic cultures or environments have similar memories of family life at its best. Cherish them.