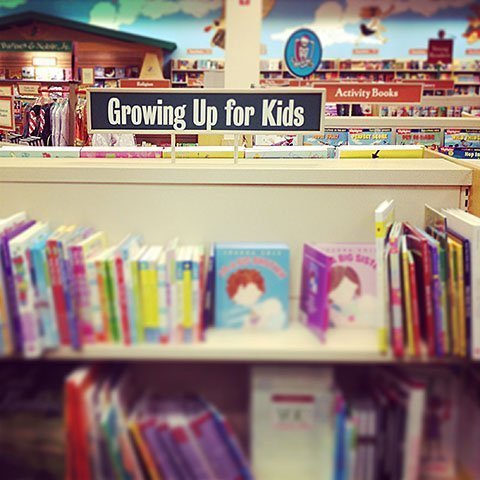 When I saw this section at Barnes & Noble, I thought it might be for people in the stage of life I'm currently going through. When I looked closer, it just turned out that there was a lot of literature I didn't know about when my younger sister was born.

I’ve been an adult for nearly five years now, legally speaking. Becoming a grown-up, however, is something I’ve been trying to avoid even longer.

Determining grown-up status, I’ve imagined, is the result of some complicated mathematic equation. Factors that indicate a grown-up might include eating salads, telling jokes that receive only pity laughter, going to bed early, stretching out counting during hide and seek, or refusing to believe in Santa.

Signs of successful avoidance, on the other hand, could include singing along with the radio, choosing colorful ice cream over vanilla, skipping down sidewalks, flying kites, jumping on crunchy leaves, or staring in awe at airplanes in the sky.

All in all, I’ve been under the impression that grown-ups take themselves far too seriously.

Little by little, the grown-up world has claimed small victories over me. I’ve begun to eat salad. I’ve second-guessed myself before skipping in public. I’ve grumbled at flight delays rather than stared in awe at planes. I’ve gotten a full-time job. I’ve rented an apartment. I’ve paid bills. 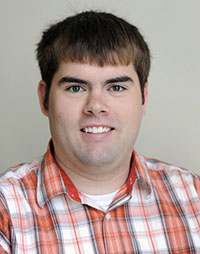 But despite my trepidation, there might be something good about growing up, and I found it this weekend.

Over the last three days, I spent about 24 hours driving so that I could be in Bowling Green, Ky., for homecoming at my alma mater, Western Kentucky University. I’ve come back from Kentucky with a plethora of hugs from people I care about and an appreciation for how lucky I am to have so many friends who are worth driving any distance to see.

I found out that forming loving relationships over time, and keeping those relationships going, is a big part of becoming a grown-up.

I now know that having childlike curiosity and abundant joy doesn’t have to stop, and becoming a grown-up isn’t always something to fear.