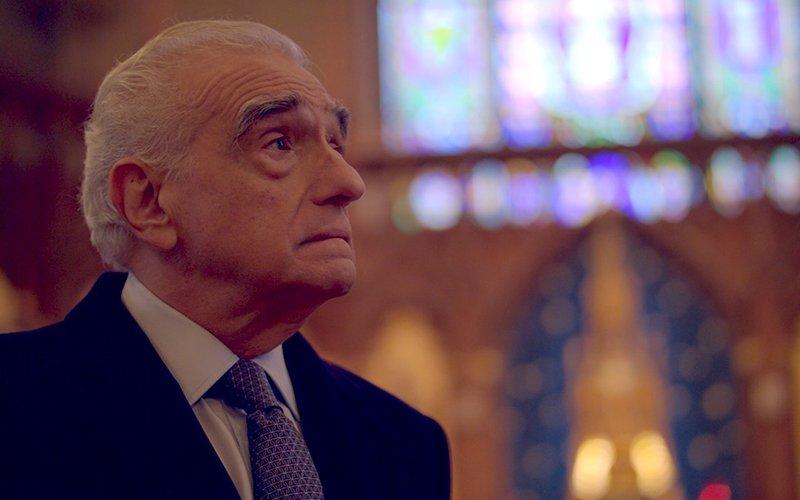 This is a scene from the TV show "The Oratorio: A Documentary with Martin Scorsese," airing Nov. 5, 2021, on PBS. (CNS photo by PBS)

NEW YORK (CNS) — As “The Oratorio: A Documentary With Martin Scorsese” reminds us, the eponymous director’s deep attachment to the Little Italy neighborhood in which he was raised has endured throughout his life.

Within that area of lower Manhattan, he observes in the film, one place retains paramount significance for him: the Basilica of St. Patrick’s Old Cathedral.

“Everything is in constant change,” the former altar boy says, “but this church, this basilica has been and remains a constant, an anchor.”

Charming and uplifting, “The Oratorio” recounts the efforts of those who help to run the 200-year-old St. Patrick’s, along with others, to remember and recreate a largely forgotten operatic performance that took place there June 22, 1826 — and that represented a milestone in the cultural history of New York City. The show premieres Friday, Nov. 5, 9–10 p.m. EDT on PBS.

Opera lovers should stay tuned for the successful result of the parish’s endeavor, which will be showcased in “Da Ponte’s Oratorio: A Concert for New York,” airing 10-11 p.m. EDT the same night. Broadcast times for both programs may vary, though, so viewers should consult their local listings.

Alex Bayer, Jonathan Mann and Mary Anne Rothberg wrote and directed the documentary, with Mann and Rothberg serving as producers.

The event of the title, conceived as a one-night-only performance to aid orphans, consisted, in the words of the basilica’s music director, Jared Lamenzo, of “a combination of sacred texts in Latin and English, and a hodgepodge of composers and styles.” Lamenzo’s rediscovery of the 1826 program was a crucial moment in the development of the commemorative project.

The form of an oratorio — a large-scale concert presented without action or sets — grew out of the devotional activities of the Congregation of the Oratory, a religious community founded by St. Philip Neri in Rome in 1575. The moving spirit behind this particular use of the genre was celebrated opera librettist Lorenzo Da Ponte (1749–1838).

Born Jewish and originally called Emanuele Conegliano, Da Ponte, together with his brothers, followed his father into the Catholic Church at age 14, taking his new name from the bishop who baptized him. He was ordained a priest in 1773 — but led such a dissolute life that he was eventually put on trial for, among other things, publicly keeping a mistress.

Settling in Vienna, Da Ponte famously collaborated with Mozart on what musicologist Francesco Zimei characterizes as “opera’s most important trilogy”: “The Marriage of Figaro,” “Don Giovanni” and “Cosi fan tutte.”

Following Da Ponte’s appointment to the faculty of Columbia College, “sharing his culture,” according to Wilkinson, “consumed the rest of his life.” In keeping with that passionately pursued goal, the oratorio he organized would have a far greater and more lasting impact than simply providing entertainment for the 2,300 people who attended it and raising money for charity.

Compared to Philadelphia and Boston, New York, at the time, “was a backwater” culturally, Scorsese notes. By exposing New Yorkers to operatic music, Da Ponte’s concert “set the city on the course to be the very diverse and vibrant center for the arts it is today,” the filmmaker says.

Zimei and Claudio Orazi, the director of Sardinia, Italy’s Teatro Lirico di Cagliari, met Wilkinson while touring Old St. Patrick’s. That encounter inspired the duo to attempt to recreate Da Ponte’s oratorio, an effort in which they were assisted by the Italian government.

Along with touching on such mature subjects as anti-immigrant violence, slavery, out-of-wedlock births and prostitution, the documentary includes footage of nude artworks. While not suitable for kids, given the educational insights it offers, the program can be endorsed for older adolescents as well as grown-ups.

Together with its fascinating historical content, the sincerity and enthusiasm of its relatively small band of likeable commentators make “The Oratorio” a pleasure to watch. Ideally, viewers will come away from it with a deep appreciation for the role the venerable yet dynamic Old St. Patrick’s has played as “a sanctuary,” in Scorsese’s words, for generations of immigrants.