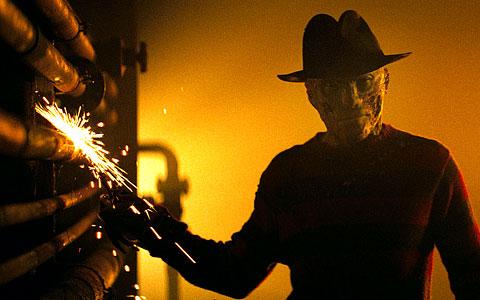 NEW YORK (CNS) — What the world needs now, to paraphrase an old song, is a reboot of the 1980s slasher franchise "A Nightmare on Elm Street" (Warner Bros.). Well, no, not really.

The sexual content of this latest entry in a relentlessly objectionable series of horror outings — dating from Wes Craven’s 1984 original — is relatively restrained, though when Kris asks Dean to spend the night with her to allay her fears of encountering Freddy, it’s pretty obvious that this is not the first time the pair have shared a bed. And Wesley Strick and Eric Heisserer’s script also deals indirectly, yet cheaply, with the disturbing subject of child molestation.

But the gore quotient — one character is seen literally swimming in blood — remains excessive, as veteran music video director Samuel Bayer, in his feature debut, relies on the tried and trite recipe of sending interchangeable insomniacs to a gory doom. Thus we not only witness Freddy’s victims being battered, impaled and more or less ripped to shreds, but also hung up as perverse trophies in plasma-soaked, see-through body bags.

In short, it’s more than high time for this dehumanizing saga to bid us all — in the words of another classic number — "so long, farewell, auf Wiedersehen, goodbye."

The film contains intense bloody violence; gruesome imagery; a pedophilia theme; an implied nonmarital relationship; a couple uses of profanity; at least a dozen instances of the F-word; and some crude language. The USCCB Office for Film & Broadcasting classification is O — morally offensive. The Motion Picture Association of America rating is R — restricted. Under 17 requires accompanying parent or adult guardian.