A Question of Faith - Catholic Courier 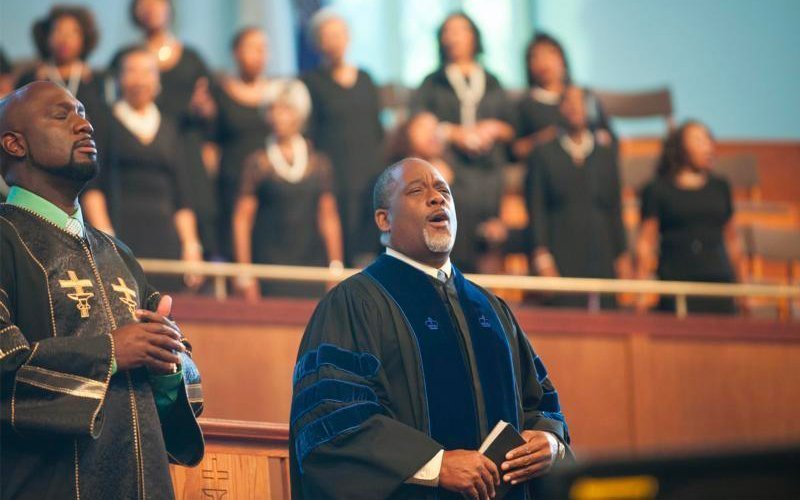 Richard T. Jones and GregAlan Williams star in a scene from the movie "A Question of Faith." The Catholic News Service classification is A-II -- adults and adolescents. The Motion Picture Association of America rating is PG -- parental guidance suggested. Some material may not be suitable for children. (CNS photo/Pure Flix)

NEW YORK (CNS) — As with so many of its forerunners in the religious message movie genre, the sober drama “A Question of Faith” (Pure Flix) seems better suited to preach to the choir than to attract the indifferent or the merely curious.

Still, those committed to scriptural values will appreciate the film’s showcasing of a strong marriage as well as its emphasis on forgiveness and interracial harmony.

Experienced minister David Newman (Richard T. Jones) is about to take over the leadership of the flourishing church he has previously served as an assistant pastor when a tragedy involving his young son Eric (Caleb T. Thomas) shakes his fundamental beliefs. Though spiritually disoriented by the mishap, David benefits from the steady support and guidance of his wise wife, Theresa (Kim Fields).

With his business facing bankruptcy and his daughter, Michelle (Amber Thompson), enduring a potentially fatal medical crisis, John is even more alienated from God than David is. But he too has a steady rudder in his patient spouse, Mary (Renee O’Connor).

Director Kevan Otto leavens the sometimes tearful proceedings with upbeat gospel music. And, though the plot of his movie, as written by Ty Manns, is farfetched in some of its details, viewers to whom it appeals will likely skim over such gaps. In exploring the value of faith-motivated reconciliation, moreover, the script sets the right tone and offers a good example to its wide appropriate audience.

The film contains mature themes. The Catholic News Service classification is A-II — adults and adolescents. The Motion Picture Association of America rating is PG — parental guidance suggested. Some material may not be suitable for children.