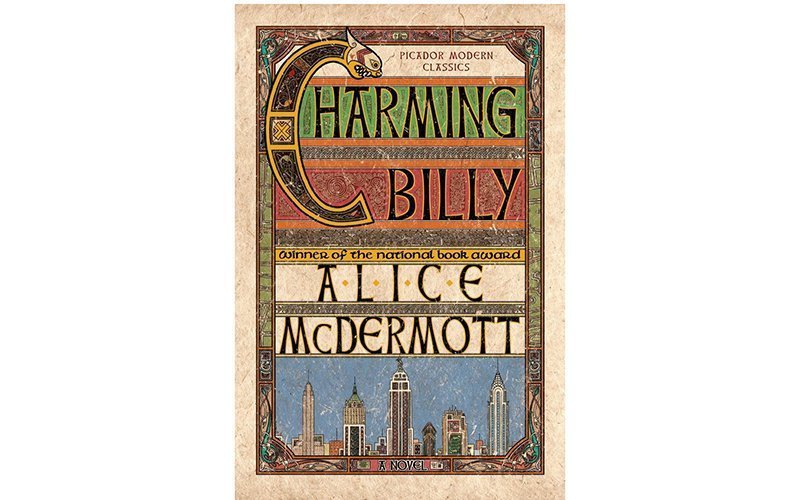 This is the book cover of "Charming Billy," by Alice McDermott. In the novel, McDermott suggests that our very lives hold a sacramental quality -- that even in the most broken moments of our humanity, the sacred can glimmer through. (CNS photo courtesy Farrar, Straus and Giroux)

In a 2007 interview with the journal Image, author Alice McDermott shared her view on the sacramental in her work: “The idea of sacrament — an outward sign elevated into something else, the ordinary made into occasions of grace — is essential. It becomes a way of thinking about the world.” For the characters that populate her 1998 novel, “Charming Billy,” Catholicism provides a way of translating the world they occupy:

“I have used Catholicism simply to give my characters a vocabulary that they might not otherwise have. These are people who would not know how to give language to their experience, who would not know how to say, ‘There’s got to be something more than this,’ or ‘I’ve found something more than this,’ if they couldn’t also say ‘redemption’ or ‘ascension.'”

Redemption is actually a favorite topic of the title character, Billy, whose funeral takes place at the beginning of the novel. The story dips into the past to chart a tragic love story — Billy loved Eva, and when she returned home to Ireland and married another man, Billy’s cousin Dennis told Billy she had died.

What followed was a lifelong alcoholism that causes the narrator to say of him: “Billy had drunk himself to death. He had, at some point, ripped apart, plowed through … the great, deep, tightly woven fabric of affection that was some part of the emotional life, the life of love, of everyone in the room.” And yet, he is also beloved of these individuals.

After his profound disappointment, Billy seems to draw closest to his faith when drunk.

In a sweeping passage near the end of the novel, readers see that the bar offers Billy a setting where he can both believe in God and examine “the world seen as it should be seen, through a veil of tears … where the passing of time, the cruelty of war, the failure of hope, the death of the young could be discussed and examined.”

Alcohol returns him to Eva, to a past where “he was young and life was all promise and she was there to turn to, to drink in,” and to his faith.

Bar and cathedral intermingle: “And in each of them (each bar he visited) the force of his faith, of his church, a force he could only glimpse briefly while sober — maybe for a second or two after Communion when he knelt down and bowed his head … became clear and steady and as fully true as the vivid past or the as-yet-unseen but inevitable future. A true redemption.”

It is in the bar that Billy can both interact with and diminish his suffering.

For Billy’s almost religious experience in the bar, McDermott does not avoid the hard questions. Though our wounds may draw us closer to faith, at what cost? In those long evenings in the bar, in what is Billy actually placing his devotion, his faith, and in whom? Is Billy’s descent into alcoholism a result of disease or, as a friend of Billy’s insists, a byproduct of free choice?

The heartbreaking image of Maeve, Billy’s wife, phoning Dennis night after night to ask him to come and pick up a passed-out Billy off the floor mingles with the moment Billy takes a pledge trip to Ireland to get on the path to sobriety and discovers that Eva is not dead.

Dennis may have lied to spare Billy’s feelings, but there are moments when his presence in Billy’s mostly intoxicated reality seems more penance for this lie and its devastating results than because of their friendship.

These questions are ones the characters — and readers — are left to wrestle with. The vocabulary of Catholicism in “Charming Billy” complicates any attempt to simply dismiss Billy’s drunkenness or gloss over Dennis’ lie.

Through the lives of men who both wounded and loved deeply (and were, in turn, deeply wounded and loved), McDermott suggests that our very lives hold a sacramental quality — that even in the most broken moments of our humanity, the sacred can glimmer through. In the economy of salvation, no one is beyond redemption.

(Lindsey Weishar is a poet and freelance writer from the Diocese of Peoria, Illinois.)