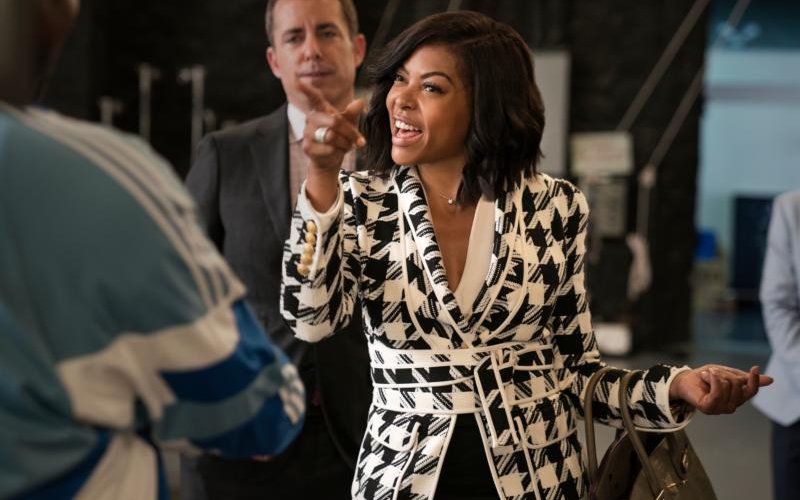 Taraji P. Henson stars in a scene from the movie "What Men Want. (CNS photo by Paramount)

Director Adam Shankman and screenwriters Tina Gordon, Peter Huyck and Alex Gregory have baked in a surprising number of thematic layers, including workplace issues, relationships with fathers and how to handle telling the truth when someone knows what others are thinking.

In this gender-swapped and somewhat cruder remake of 2000’s “What Women Want,” Taraji P. Henson is Ali, a high-powered, foul-mouthed Atlanta sports agent whose career stalls because, as her boss Nick (Brian Bosworth) tells her, “You don’t connect well with men.”

She can’t find workplace parity with anger and aggression. So, adhering to the kind of plot twist such recent comedies as “I Feel Pretty” (head bump) and “Second Act” (fake resume) found necessary, Ali, at a party, encounters Sister the psychic (Erykah Badu). This wisecracking soothsayer reads her future and provides her with a foul-tasting “magic” tea, and this, combined with a blow to the head, gives Ali the ability to read men’s minds.

It’s a source of newfound empathy and sensitivity, actually. But it takes Ali a long time to realize this.

As a result, the ensuing office sequences go down a predictable path of more crude sexual references for a brief time until Ali figures out how to use the voices in her head to advance her goal of landing a lucrative NBA deal for Jamal (Shane Paul McGhie), a promising high school athlete, while also successfully dealing with his father, Joe (Tracy Morgan).

This will be the big contract that should ensure her a partnership at the agency, where she’s the only woman agent.

Joe announces he doesn’t trust a woman without a family. So Ali concocts a fake relationship with her most recent lover, Will (Aldis Hodge), a bartender and widower with a 6-year-old son, Ben (Auston Moore). Complications from multiple deceptions build up until Ali eventually finds her inner strength — a resource her boxing-coach father, Skip (Richard Roundtree), assures her she has.

Also working out issues here is Ali’s assistant, Brandon (Josh Brener). He nurses not only his own professional ambitions but also a secret crush on an unnamed goofball office assistant (Pete Davidson). The secondary love interest is a staple of romantic comedies, but this one obviously further narrows the appropriate audience for the movie.

Knowing exactly what others think is more of a torment than a blessing. Yet “What Men Want” takes care to point out that it’s one way — however fanciful — to find out who your friends really are.