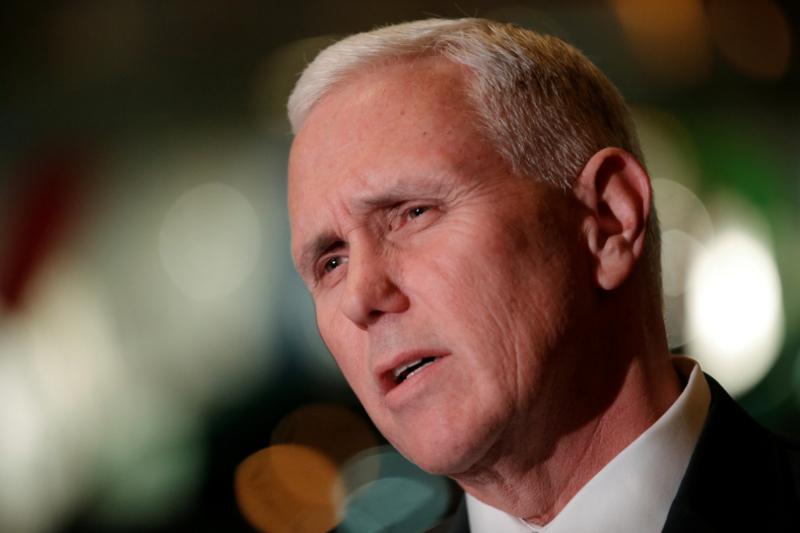 NOTRE DAME, Ind. (CNS) — About 100 graduates of the University of Notre Dame walked out of Vice President Mike Pence’s May 21 commencement address as he began to speak.

The walkout was planned in advance by a student activist coalition, We StaND For, to protest the university’s choice of Pence as graduation speaker. It said the students also wanted to show their disagreement with policies Pence supported as Indiana’s governor, including a bill to restrict abortion and a religious freedom law opponents said was aimed at the gay community.

The Observer, the student-run newspaper, reported that Pence’s words at the start of his address could not be heard over boos from members of the audience who vocalized their objection to the walkout.

“Your education here has prepared you for a life of service to your families, your communities and our country and the countries to which you will return.

He urged members of Notre Dame’s class of 2017, which he called “a class of extraordinary accomplishment,” to be leaders for “freedom of thought and expression,” to lead “for good,” “to be men and women of integrity and values, to be salt and light in these ever-changing times” and “to have faith.”

“This university stands without apology for human freedom and the inherent dignity of every human person, and it holds fast to the faith that gave it birth,” he continued. “And the impact of Notre Dame reaches far beyond the sight of the Golden Dome,” which graces the top of the university’s main building.

“Your educational initiatives bring knowledge to the children across this country and the world who need it most. Your commitment to social concerns melds faith and action to overcome poverty worldwide,” Pence said. “Your focus on ethics and culture promotes the value of all human life. And know that in so many causes, I can assure you, that in these matters you have an ally in our still new administration.”

An organizer of the protest and a graduate, Jessica Pedroza, who earned a degree in political science, told The Observer she thought it took a lot of courage for students to walk out. “It was a very emotional moment, (and) it was a very important moment for us. … So I think to all of the students who walked out — who are going to get a lot of hate messages today and in the future — I think everyone should be really proud of having walked out on such an important day.”

In his introduction of Pence, Holy Cross Father John I. Jenkins, Notre Dame’s president, recognized the reality of “a fractured nation, with deep divisions and raw political feelings,” amid difficult times.

“Because values some hold deeply are often pitted against those others hold just as deeply, and because the decisions before us are so consequential, our debates are passionate and political contests intense.”

Father Jenkins urged those listening to strive for something higher, embracing ideas and listening to differing views.

“We must speak the truth we know and challenge the injustice we see,” he said. “But we must also listen to those who disagree, care for the bonds that join us together and find ways to build a society where all can flourish — even the people who don’t look like us, think like us, or vote with us.”