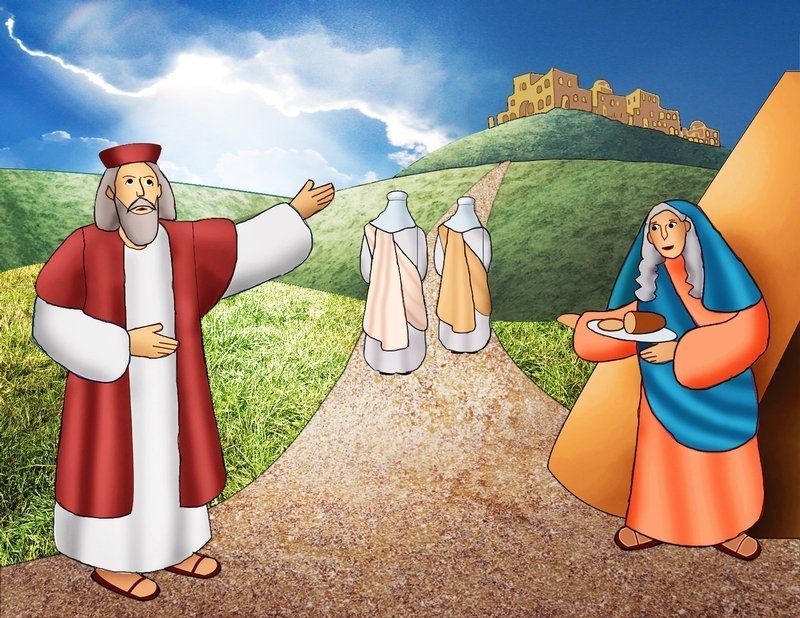 Abraham had pitched his tent near an oak tree in Mamre. It was very hot in the desert where he and his wife, Sarah, were living.

On one of these very hot days, he sat in the entrance of his tent. Suddenly, he noticed three men standing nearby.

Abraham rushed out to greet the men. He didn’t know it yet, but these travelers were actually God and two of his angels.

Abraham asked the men to sit under the shade of the oak tree and rest. He gave them cool water in which to bathe their feet and also asked them to stay for a meal.

As the men were eating, God told Abraham that in a year’s time, Sarah would have a baby. Sarah overhead and laughed to herself, because she and her husband were very old and couldn’t have children.

But God heard Sarah’s thoughts. “Is anything too marvelous for the Lord to do?” he asked Abraham.

After they finished eating, God and his angels got ready to leave. They planned to visit the wicked cities of Sodom and Gomorrah.

“The outcry against Sodom and Gomorrah is so great, and their sin so grave, that I must go down to see whether or not their actions are as bad as the cry against them that comes to me,” God said.

Abraham thought about his nephew, Lot, and his family, who were living in Sodom. They all were righteous people.

“If I find fifty righteous people in the city of Sodom, I will spare the whole place for their sake,” the Lord replied.

Abraham asked the same question a few more times, each time decreasing the number of righteous people that needed to be found for Sodom to be spared. Finally, he asked if the city would be spared if 10 righteous people were found.

God said that for the sake of the 10, he would not destroy it.

The Lord left when he was finished speaking, and Abraham returned home.

1. Who were the three men who visited Abraham?

2. What was God going to do to the wicked cities?

In biblical times, showing hospitality to strangers wasn’t just an exercise in good manners. It was a very sacred duty.

The lands in which the Israelites lived were very hot. Cities were spread far apart, and people had to travel through deserts, and sometimes through lands that belonged to their enemies. If people ran out of food and water on their journeys, or if they were not protected from their enemies, they ran the risk of dying. So showing hospitality was sometimes a matter of life and death.

In the New Testament, Jesus depended on the hospitality of others, for as Matthew 8:20 tells us, he had “nowhere to rest his head.” Jesus told his disciples to stay with hospitable people when they were sent on mission.

And, as Hebrews 13:2 reminds us, “Do not neglect hospitality, for through it some have unknowingly entertained angels.”

St. Maximilian Kolbe was born in Poland in 1894. He entered the Conventual Franciscans at age 13 and was ordained in 1918. He was influenced by a vision of Mary that he had when he was 10, and he worked to create a “Militia of Mary Immaculate.”

When the Germans captured Poland during World War II, the saint was arrested and released, then rearrested and sent to Auschwitz. In 1941, when 10 prisoners were to be killed after being caught trying to escape the concentration camp, Maximilian offered to die in place of one of the men, who had a family. 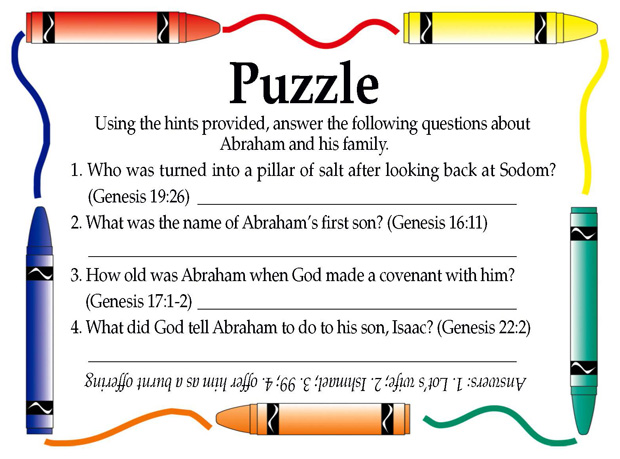