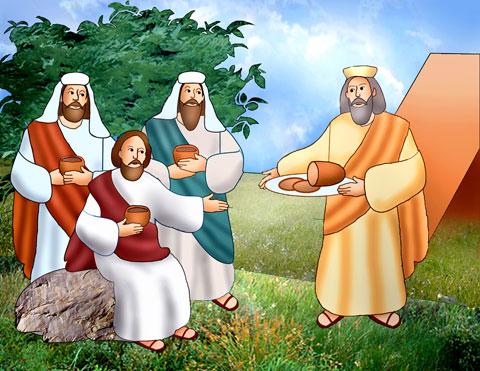 Abraham was sitting in the entrance of his tent, trying to stay cool in the oppressive heat, when he saw three men approaching. He could tell these were very special visitors, so he ran to meet them. He bowed and said to one of the men, “Sir, if I may ask you this favor, please do not go on past your servant. Let some water be brought, that you may bathe your feet, and then rest yourselves under the tree.”

“Very well,” they answered, “do as you have said.” Abraham made sure the men had food and water while they rested.

As they were preparing to leave the men looked toward Sodom. One of the men revealed himself as the Lord. He said, “The outcry against Sodom and Gomorrah is so great, and their sin so grave, that I must go down and see whether or not their actions fully correspond to the cry against them that comes to me. I mean to find out.” Two of the men walked ahead, but the Lord remained behind with Abraham.

The Lord answered, “If I find fifty innocent people in the city of Sodom, I will spare the whole place for their sake.”

Abraham asked the Lord, “What if there are five less than fifty innocent people? Will you destroy the whole city because of those five?”

The Lord answered, “I will not destroy it.”

“What if only forty are found there?”

“I will forbear doing it for the sake of the forty.”

“What if only thirty are found there?”

“I will forebear doing it if I can find but thirty there.”

But Abraham was not through trying to persuade the Lord not to destroy the city. “Since I have thus dared to speak to my Lord, what if there are no more than twenty?”

“I will not destroy it,” the Lord said.

“Please,” Abraham asked, “let not my Lord grow angry if I speak up this last time. What if there are at least ten there?”

“For the sake of those ten,” the Lord answered, “I will not destroy it.” Then the Lord headed on to Sodom and Abraham returned to his home.

READ MORE ABOUT IT:
Genesis 18

Q&A
1. What did Abraham do when he saw the three men?
2. How many innocent people were needed for the Lord to spare the city?

Peter Chrysologus (380-450), was raised in the Italian city of Imola. He studied the sacred sciences and was eventually ordained as a deacon by Cornelius, the Bishop of Imola. When Archbishop John of Ravenna died, Peter was appointed to take his place. Peter was well liked, and he earned the respect of both Emperor Valentinian III and Pope Leo the Great. Peter built a baptistery, which is a structure that houses a baptismal font, as well as a church dedicated to St. Andrew. Copies of many of the texts of his homilies still remain, most of which are very short, because Peter did not want to bore or tire his listeners with long speeches. He often preached with enthusiasm and excitement, sometimes even to the point of being speechless. His homilies were the reason for him being named a doctor of the church. We honor him on July 30. 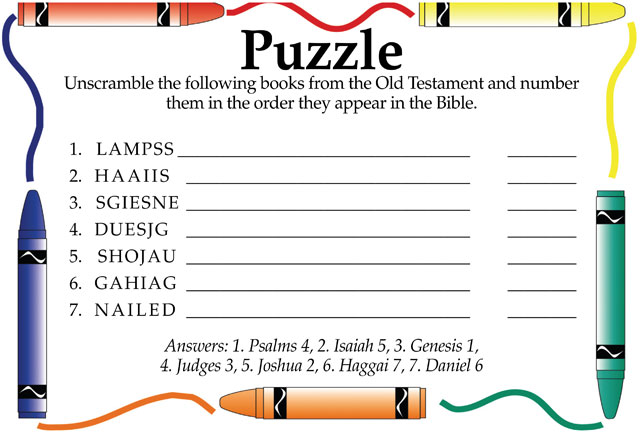