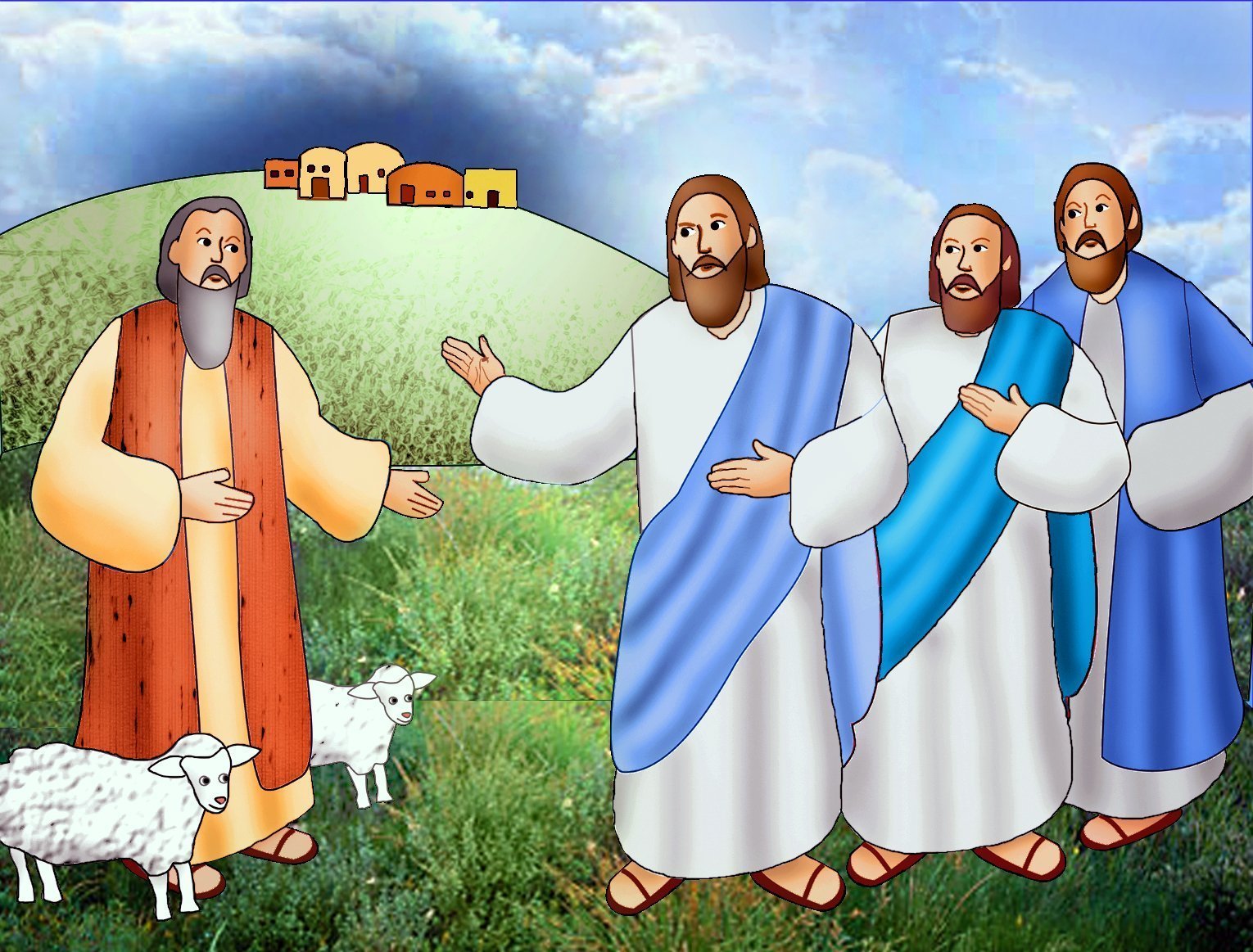 Abraham bargains with God for Sodom

Abraham bargains with God for Sodom

Three men had come to visit Abraham. He knew they were special guests, and he prepared a special dinner for them. After they had eaten, he escorted them as they prepared to continue on their journey. One of the men was the Lord in disguise. He looked toward the cities of Sodom and Gomorrah.

The Lord thought to himself, “Shall I hide from Abraham what I am about to do, now that he is to become a great and populous nation, and all the nations of the earth are to find blessing in him?” Then the Lord spoke directly to Abraham.

“The outcry against Sodom and Gomorrah is so great, and their sin so grave, that I must go down and see whether or not their actions fully correspond to the cry against them that comes to me. I mean to find out.” The Lord remained with Abraham, but the other two men walked ahead.

The Lord answered, “If I find 50 innocent people in the city of Sodom, I will spare the whole place for their sake.”

Then Abraham said, “See how I am presuming to speak to my Lord, even though I am but dust and ashes! What if there are five less than 50 innocent people? Will you destroy the whole city because of those five?” “I will not destroy it,” the Lord said, “if I find 45 there.” Abraham continued. “What if only 40 are found there?””I will forebear doing it for the sake of the 40.”

“Let not my Lord grow impatient if I go on,” said Abraham. “What if only 30 are found there?” “I will forebear doing it if I can find but 30 there.” Abraham was not ready to give up. “Since I have thus dared to speak to my Lord, what if there are no more than 20?”

Still Abraham persisted. “Please, let not my Lord grow angry if I speak up this last time. What if there are at least 10 there?”

“For the sake of those 10,” the Lord promised, “I will not destroy it.” Then the Lord left, and Abraham returned to his home.

READ MORE ABOUT IT:
Genesis 18

Q&A
1. Why was the Lord going to destroy Sodom?
2. How many innocent people had to live in the city to save it?

A book about Catholic teachings, beliefs or topics receives an imprimatur if it is considered to be in agreement with the official position of the church. The practice of granting the imprimatur started in order to prevent Catholics from being deceived by writings that were promoting heresy.

There are three levels that may be granted by the church, all of which use Latin terms. Imprimi potest (it can be printed) means the work has been reviewed by a scholar working on behalf of the church. Nihil obstat (nothing stands in the way) declares the work has no errors in faith or moral teaching. The official who grants this is usually a theologian who is appointed by a bishop or other church official. Imprimatur (let it be printed) means the work has been approved by a bishop or other high-ranking church official. These declarations are usually found in the front of the published book or document.

Theobald (d. 1247) came from a prestigious French family. He received the best education his parents could afford, and he also was trained in the military arts.

In spite of all this Theobald preferred to spend time in prayer and contemplation. One of his favorite places was a church that had received large donations from his family.

He became a monk in the Cistercian fraternity in 1220 and became the abbot of a monastery in 1235. He developed a reputation of being a servant to others, especially those who were poor. He continued his daily hours of prayer until he died.

We remember him on July 27.