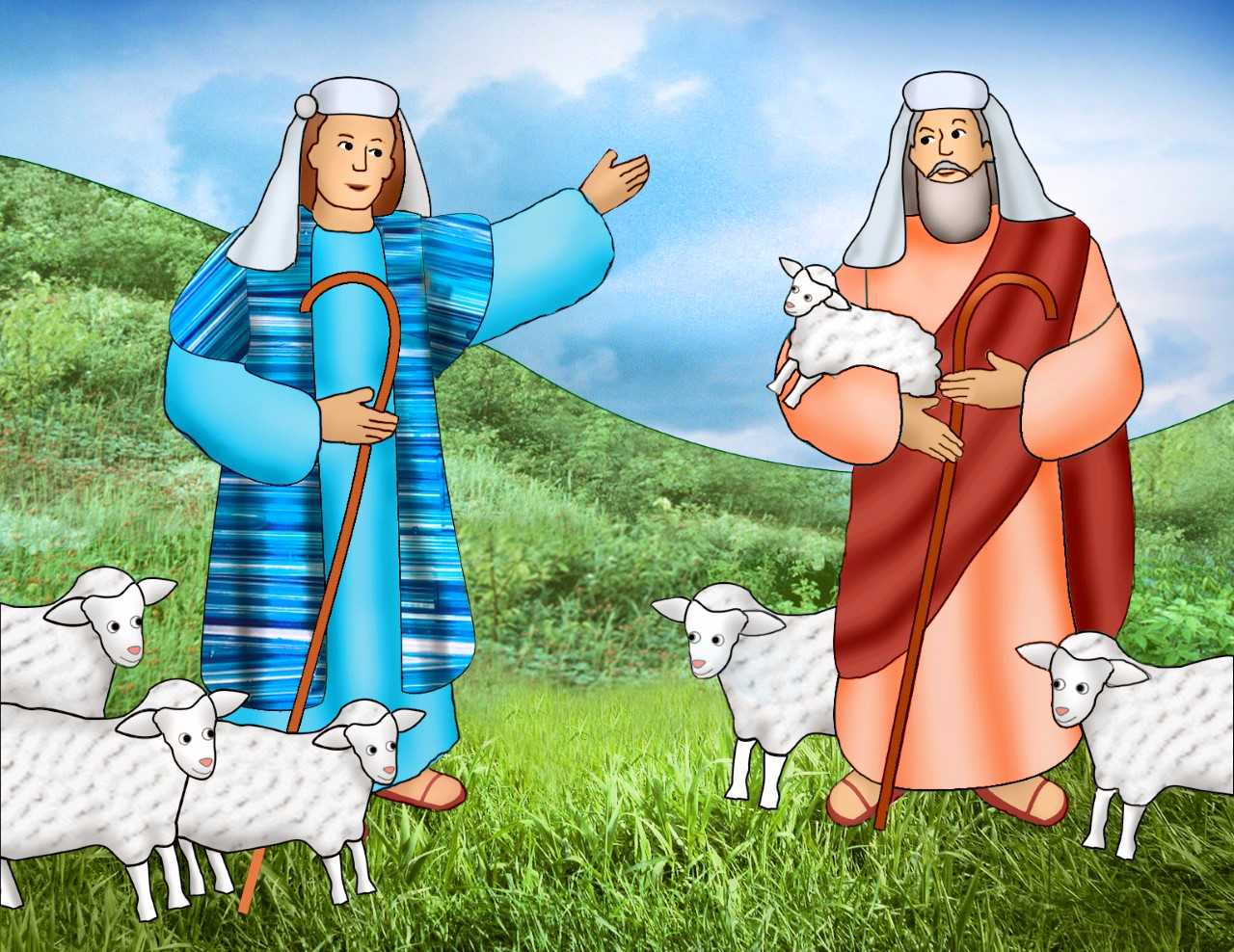 After the flood, the number of Noah’s descendants grew and grew.

One of those descendants was a man named Terah, who lived in the land of Ur of the Chaldeans. Terah had three sons, Abram, Nahor and Haran. Haran also had a son, whom he named Lot.

Haran died while his father was still living. Afterward, Terah decided it was time to move out of the land of Ur. He took Abram, Abram’s wife, Sarai, and his grandson, Lot, and traveled to the land of Canaan. However, before reaching Canaan, they settled in a place called Haran, where Terah died.

It was in Haran that God spoke to Abram.

“Go forth from your land, your relatives and from your father’s house to a land that I will show you,” God told Abram. “I will make of you a great nation, and I will bless you; I will make your name great, so that you will be a blessing.”

Abram took Sarai and Lot and set out for Canaan. They traveled as far as the sacred place at Shechem, by the oak of Moreh.

“To your descendants I will give this land,” God told Abram.

Abram traveled a little further to the hill country east of Bethel, where he pitched his tent and built an altar to God.

When there was a famine in the land, Abram, Sarai and Lot lived for a while in Egypt, where they accumulated many farm animals and servants. After the famine, they were very rich with money and possessions. They left Egypt and returned to Canaan.

On their way to Bethel, Abram and Lot realized that the land could not support all of their animals. So they decided to go their separate ways.

Lot chose to live on the Jordan Plain, pitching his tent near the city of Sodom. Meanwhile, Abram settled in the land of Canaan.

“Look about you, and from where you are, gaze to the north and south, east and west; all the land that you see I will give to you and your descendants forever,” God told Abram. “I will make your descendants like the dust of the earth.”

Abram then moved his tents and settled near the oak of Mamre in Hebron, where he built an altar to the Lord.

1. To whom did God promise the land of Caanan?

2. Why did Abram and Lot part ways?

What were the new names God gave Abram and Sarai?

When Abram was 99, he was living near the oak of Mamre. He was sitting in the entrance of his tent when God came to visit him.

Abram looked up and suddenly saw three men. He immediately arose and greeted them, telling them to sit in the shade of the tree and have something to eat. He quickly asked his wife to make some bread and for his servant to prepare a calf.

As the three men were resting and enjoying Abram’s hospitality, one of them asked where Abram’s wife was.

Abram replied that Sarai was in the tent.

One of the men told Abram that he would return the following year and Sarai would have a son.

Sarai overheard what the men were talking about. She laughed to herself, as she was 90 and too old to have children.

Abram and Sarai did not realize that one of the three men was God, who wanted to know why Sarai had laughed.

“Is anything too marvelous for the Lord to do?” God said to Abram. “At the appointed time, about this time next year, I will return to you, and (Sarai) will have a son.”

And just as God said, the following year Abram and Sarai had a son, whom they named Isaac.

St. Oliver Plunkett was born in Ireland in 1625. He was educated by his Cistercian cousin, Patrick Plunkett, who took part in the 1641 Irish rebellion.

Oliver was ordained in Rome in 1654, and in 1669, he was named archbishop of Armagh and primate of Ireland. He went on to confirm thousands of people over the next decade as well as visiting other dioceses and organizing synods.

In 1679 he went into hiding during a persecution by the English. That same year he was arrested on false charges of treason, and he was executed in London 1681.

We remember him on July 1.

Circle the sentences below that describe things that happened in the life of Abram. Hints have been provided.