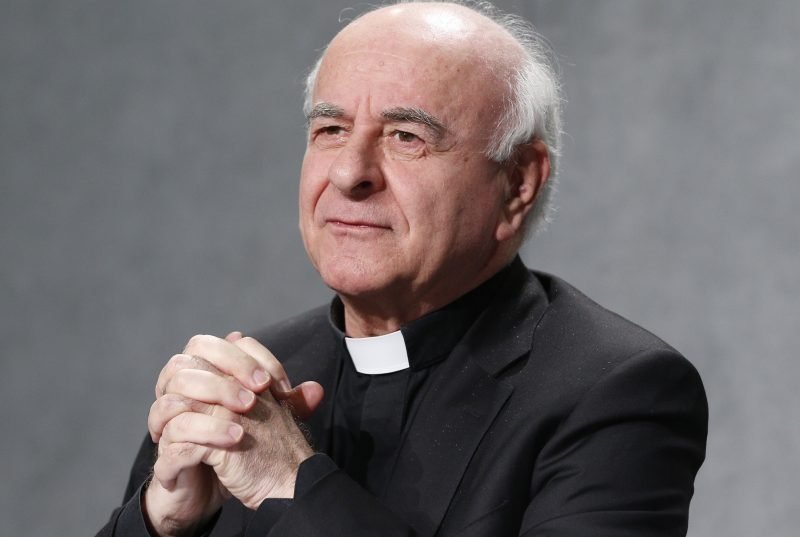 Archbishop Vincenzo Paglia, president of the Pontifical Academy for Life, is pictured in a file photo during a Vatican news conference Jan. 15, 2019. (CNS photo/Paul Haring)

With Roe overturned, march will focus on Congress

VATICAN CITY (CNS) — Convinced that poverty, inequality and economic systems are killing millions of people each year and threatening the dignity of many more people, Pope Francis appointed an economist to the Pontifical Academy for Life.

But the nomination of Mariana Mazzucato, a professor of the economics of innovation and public value at University College London, raised concern in some quarters because of her retweets or positive comments on tweets in June criticizing the U.S. Supreme Court decision to overrule Roe v. Wade and affirm that there is no constitutional right to abortion in the United States.

Mazzucato’s nomination, as well as the nomination of six other new members, was announced by the Vatican Oct. 15.

In the wake of the criticism, Archbishop Vincenzo Paglia, president of the academy, told Catholic News Service Oct. 20 that all the members, including Mazzucato, “have at heart the value of human life in their area of expertise.”

“They are not all Catholics and do not profess all the tenets of the Catholic faith,” the archbishop said. “And we know there are differences on the level of ethics, but they defend life in its entirety.”

A statement from the academy Oct. 19 said, “The Pontifical Academy for Life is a body of study and research. So, debate and dialogue take place among people from different backgrounds.” However, it added, when a document is prepared for publication by the academy it is first reviewed by the Dicastery for the Doctrine of the Faith.

In addition, the statement noted, after academicians recommend new members and before they are appointed by the pope, they are vetted through consultation with the apostolic nuncio and the bishops’ conference of the countries where they live and work.

“This happened in this case as well and there were no problems,” the statement said.

The statutes of the academy say members are appointed “on the basis of their academic qualifications, proven professional integrity, professional expertise and faithful service in the defense and promotion of the right to life of every human person.”

He and the academy also are “against euthanasia, against assisted suicide, against social inequalities, against the death penalty, against arming children, against violence, against every coercive power and against all forms of totalitarianism.”

“The choice of Mazzucato came from the recommendations of several academicians to address attacks on life that come from inequality,” the archbishop said, pointing out that according to Save the Children, some 2 million children die of malnutrition each year.

“Obviously, the Pontifical Academy for Life cannot ignore this tragic situation,” he said.

Asked about his opinion of the U.S. Supreme Court decision, Archbishop Paglia said, “any decision that favors the protection of life is absolutely a good thing.”

At the same time, he said, while the Catholic Church is opposed to abortion, it recognizes that in some situations people of goodwill can support laws and public policy designed to reduce recourse to abortion while allowing the procedure in some cases.

While Mazzucato’s comments on Twitter criticized the court’s ruling, he said, “our vetting showed that in her scientific work she has never taken a position against life. You cannot judge the deepest convictions of a person by four tweets.”

Her tweets may have been “pro-choice,” he said, but they were not “pro-abortion.”