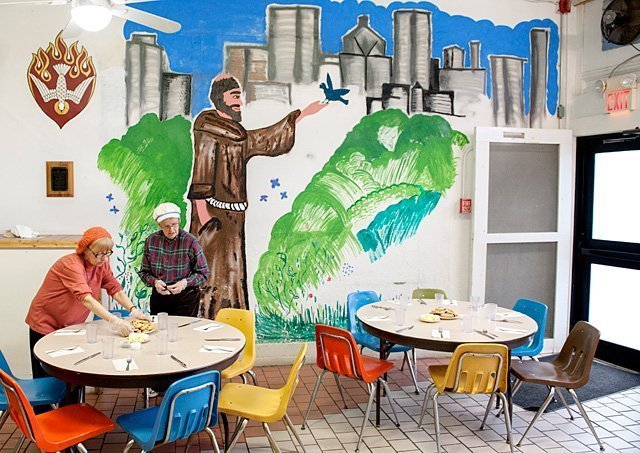 A change in culture and decision-making must take place in order to address social and economic issues — such as extreme concentration of poverty in the city of Rochester — and make improvements in those areas.

“Poverty doesn’t respect municipal lines,” said Brighton Supervisor Bill Moehle, noting how the Brighton Food Cupboard has been two to three times more active than expected. “But the concentration of poverty in the city core is something that affects all of us in so many different ways. As leaders, we have to be part of the solution. The problem has taken decades to create. It is not going to go away with one task force.”

Moehle referred to the anti-poverty task force recently created by Gov. Andrew Cuomo to take on the issue locally. He was among the more than 200 community leaders and area residents who attended the fourth-annual “community report card” presentation on March 27 by ACT Rochester, which is a joint initiative of the Rochester Area Community Foundation and the United Way of Greater Rochester. He also took part in a poverty simulation hosted by ACT Rochester in January.

The report card looks at how the nine-county Rochester region — Monroe, Ontario, Wayne, Livingston, Yates, Genesee, Orleans, Seneca and Wyoming — fares in key indicators such as housing, community engagement and financial self-sufficiency. The report found that:

* Thirty-one percent of third-graders in the region passed the Common Core reading test, compared to 32 percent statewide. In Rochester, 5 percent of those students passed.

* Rochester had the lowest median income in the region at $30,875 — compared to the state’s $58,800 median — and the highest rate of poverty, with 33 percent of its residents living in poverty.

“Each of our past report cards, we have talked about how to learn (the data), how to connect and how to act,” said Ann Johnson, senior director of ACT Rochester, in explaining this year’s theme for the report card presentation: leveraging resources by changing the culture of problem solving.

“(Now), we talk about culture, changing culture so we can make good decisions … and provide models,” she added.

One of those models is addressing problems across focus areas, explained Tom Argus, chair of ACT Rochester’s advisory committee. He cited as an example creating a poverty initiative that addresses sustainability, economic development and accessible housing.

“How do we as a community not act in silos?” added Johnson. “How do we change attitudes?”

Eugenio Marlin, president of Ibero-American Development Corp., said that having the data will help with those goals of moving the community to action in a new way.

“It’s gone from being everybody else’s problem to being able to internalize (the data) and do something about it,” he said.

Balancing those community systems is part of the change required to improve the areas highlighted in the report card, he and other leaders agreed.

“Numbers are descriptive, not prescriptive,” noted Johnson. “The reason for these numbers is so we can come up with solutions to address the disparities. It is up to us as a community to turn the tide on the data that we see. … Our ‘cultural’ responsiveness is going to be critical.”

As a community, Argus said that organizations and agencies are good at getting people together to tackle issues.

“But what else do we need to do to break through that culture that keeps us from getting something really done systematically and structurally?” he asked. “It starts with changing the structure of problem solving.”

Such change begins with addressing issues with a long-term lens with continuous, sustainable and renewable solutions, Argus explained.

“We have a very exciting opportunity in this community,” he said.

Pat Mannix of Rochester agreed, noting that ACT Rochester is accomplishing one goal she has never seen reached before in her decades of work in racial justice.

“We are crossing the lines between profit people, nonprofit people and grassroots organizing people,” she said. “We are really good at talking the talk. Now we have to start walking the walk.”