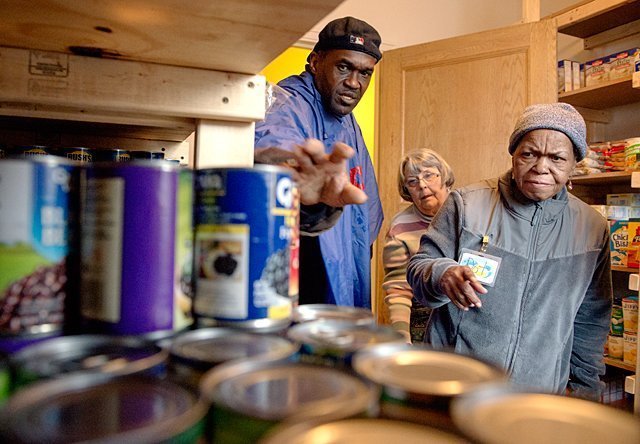 What connections exist between our current Holy Father and a pope who reigned 50 years ago?

Several, at least in the way that Lent 2016 is unfolding.

In releasing his apostolic constitution Paenitemini on Feb. 17, 1966, Pope Paul VI (1963-1978) invoked the spirit of the recently concluded Second Vatican Council by announcing major modifications to the practices of fast and abstinence. Chief among these changes was a greater emphasis on prayer and outward signs of penance — particularly through almsgiving, or charitable works.

Exactly a half-century later, Pope Paul’s action is echoed by the Year of Mercy. Declared by Pope Francis, this jubilee year began on the Feast of the Immaculate Conception, Dec. 8, 2015, to coincide with the 50th anniversary of the closing of Vatican II.

In his official proclamation of the Year of Mercy, Pope Francis emphasized his desire for the faithful to take decisive action by practicing corporal and spiritual works of mercy. He added that "the season of Lent during this Jubilee Year should also be lived more intensely as a privileged moment to celebrate and experience God’s mercy" (No. 17).

Father Kevin McKenna, rector of Sacred Heart Cathedral, acknowledged that there’s no better time than Lent to live out the spirit of these directives from Pope Paul and Pope Francis.

"I think it flows very beautifully," Father McKenna said of the link between Paenitemini and the Year of Mercy.

"Pope Paul would probably be very happy with the Year of Mercy," added Father Robert Schrader, pastor of Peace of Christ Parish in Rochester and Irondequoit, noting that visible acts of mercy are "a prime example" of the Lenten focus Pope Paul sought to create.

While fasting and abstinence remain important forms of Lenten penance, Father Schrader observed that "they don’t necessarily help you be a better person in the community where you live. And that’s where the works of mercy are important." 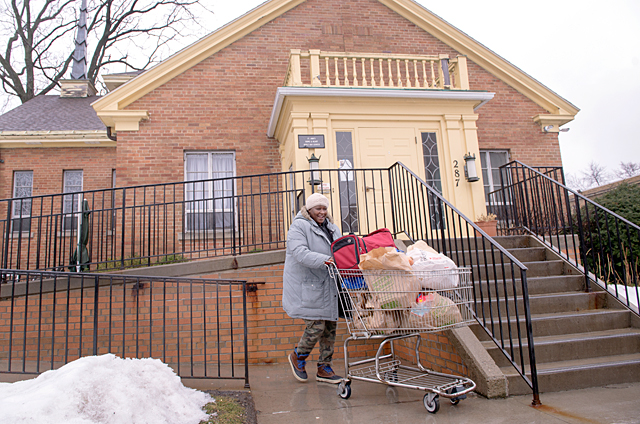 Patricia Spencer leaves Joseph’s Place in Rochester Feb. 24 after picking up groceries for her neighbor and herself.

Much of Paenitemini was codified in the 1983 Revised Code of Canon Law. Pope Paul’s 1966 document is noted for relaxing several long-held standards regarding fasting and abstinence — both in Lent and throughout the year — but only provided that Catholics strive to compensate through "other forms of penitence and especially works of charity and the exercises of piety" (Chapter {III, Part C, No. VI). Pope Paul left it up to bishops’ conferences around the world to determine the specifics of that edict. Nine months later the United States bishops responded with their "Pastoral Statement on Penance and Abstinence."

The bishops’ statement limits strict Lenten fasting and abstinence to Ash Wednesday and Good Friday, and requires abstinence from meat on the remaining Lenten Fridays. Previously, fasting applied to every day of Lent and to a wider age range. Now the bishops were urging — but not mandating — that Catholics consider self-imposed fasting from such pleasures as alcohol, candy or television viewing, and engage themselves in daily Mass attendance, spiritual studies and traditional Lenten devotions (No. 14). They also stressed "special solicitude for the sick, the poor, the underprivileged, the imprisoned, the bedridden, the discouraged, the stranger, the lonely, and persons of other color, nationalities, or backgrounds than our own" (No. 15).

The U.S. bishops noted that Fridays throughout the year should remain as penitential days, commemorating Christ’s death on a Friday. However, they declared that abstinence from meat on Fridays outside of Lent — formerly a church regulation — could still be practiced voluntarily, but alternatively be replaced by other forms of penance at an individual’s discretion: "It would bring great glory to God and good to souls if Fridays found our people doing volunteer work in hospitals, visiting the sick, serving the needs of the aged and the lonely, instructing the young in the faith, participating as Christians in community affairs, and meeting our obligations to our families, our friends, our neighbors, and our community, including our parishes" (No. 27).

Despite enjoying greater flexibility in the practice of fasting, abstinence and almsgiving, Father Schrader pointed out that we are not to ease up on our acts of penitence.

"If anything, you should be giving more of yourself," he remarked. "What are you going to do with the grace you’ve been given to build the kingdom of God? How does your penance affect the world around us? The big thing is, we are supposed to go out to the whole world and tell the good news."

Father McKenna further noted that the updated regulations on penance challenge Catholics to reflect more deeply on exactly why they were making those sacrifices.

"I think Paul VI really wanted to talk about the conversion of heart, not a sense of obligation, which was the previous modus operandi," he said. "For many people (penance) was just something automatic. I’m not sure whether people thought through the reason behind it. That’s what the (U.S.) bishops and Paul VI were calling us to do."

Pope Francis likewise is calling for charitable acts during this Year of Mercy, which will conclude Nov. 20. The Holy Father is urging the corporal works of mercy — feeding the hungry, giving drink to the thirsty, clothing the naked, harboring the harborless, visiting the sick, ransoming the captive and burying the dead — as well as the spiritual works of mercy, which are to instruct the ignorant, counsel the doubtful, admonish sinners, bear wrongs patiently, forgive offenses willingly, comfort the afflicted, and pray for the living and the dead.

During Lent, parishes across the Diocese of Rochester are promoting the Year of Mercy through lectures, discussion and action. For instance, Father Schrader noted that Peace of Christ is using the Lenten Sunday readings as springboards for reflection on the spiritual works of mercy. At Sacred Heart Cathedral, meanwhile, Father McKenna said the community’s current Lenten focus on the corporal works of mercy includes Sunday-morning discussions about poverty and what parishioners can do about it.

To that end, the Rochester Diocese is offering the annual Day of Penance and Mercy on Wednesday, March 9, with the sacrament of reconciliation available from 12:30 7:30 p.m. at all diocesan parishes (see related story on page A4). In addition, Father McKenna said he has observed a recent increase in the number of people making confession at the cathedral during the opening months of the Year of Mercy.

However, he noted that Catholics have been somewhat slow to adopt the other forms of penance Pope Paul promoted, even though the revised regulations have been in place for a half century.

"It’s not a topic that is frequently mentioned in homilies," he noted. "Perhaps this Year of Mercy gives us an opportunity to better reflect."