Advent hymn: 'What Child Is This?' & 'Child of the Poor' - Catholic Courier 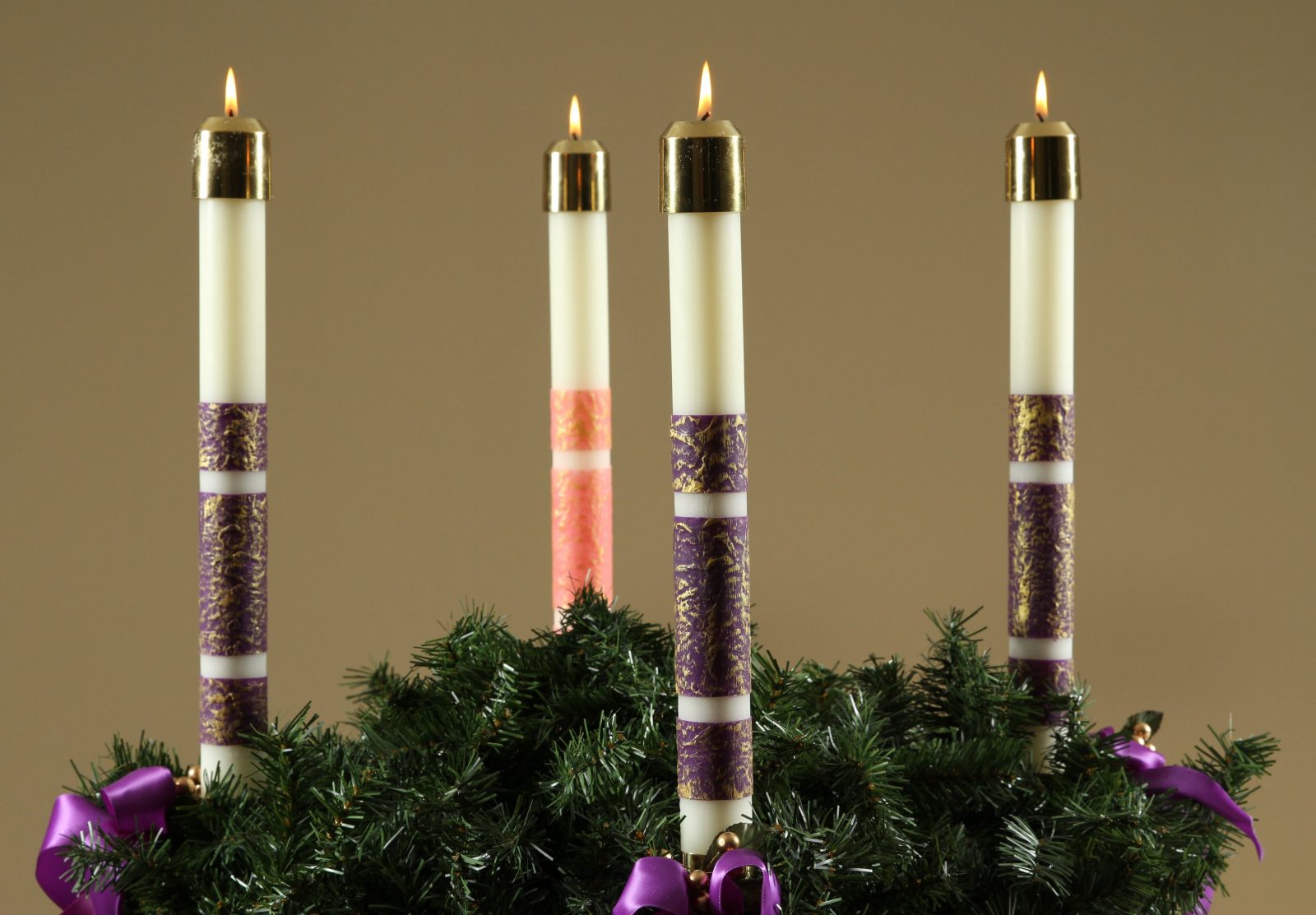 Candles are lit on a wreath during the fourth week of Advent. (CNS photo by Michael Alexander/Georgia Bulletin)

Advent week four: We are called

The hymns we hear during Advent are one of the season’s greatest consolations.

And is there any musical composition quite as evocative as the beautiful blend of “What Child Is This?” and the more recently written, “Child of the Poor”?

The arrangement, designed to alternate verses of the two songs, makes a powerful and haunting meditation on the meaning of the birth of Jesus. It helps us understand that the Incarnation is more than a story told once, but the ongoing tale of God’s life in the world, particularly among those on the margins.

‘What Child is This?’

“What Child Is This?” is an old hymn. It was written by William Chatterton Dix in the year 1865. Unlike most hymns and carols, it doesn’t have its own melody but instead was set to the beloved English tune “Greensleeves.”

“What Child is this, who laid to rest / on Mary’s lap is sleeping?” This is the eternal question — who is this child? — and the answer is one on which we base our faith.

“Whom angels greet with anthems sweet, / while shepherds watch are keeping.”

‘Child of the Poor’

Juxtaposed with this tender scene is the melody and compelling insistence of its companion piece, “Child of the Poor,” written in 1994 by Scott Soper.

“Helpless and hungry, lowly, afraid, / wrapped in the chill of midwinter, / comes now among us, born into poverty’s embrace, / new life for the world.”

“Who is this who lives with the lowly, / sharing their sorrows, knowing their hunger? / This is Christ revealed to the world / in the eyes of a child, a child of the poor.”

The two songs intertwined remind of what the Christmas scene is

The Christmas creche is a wonderful illustration of the Gospel story. It’s said that Francis of Assisi first created the replication of Christ’s humble birth as recorded in Luke’s Gospel.

But sometimes, we overly sentimentalize this story. Our creche can be overwhelmed by all the consumerism, the gaudiness, the secular trappings of the Advent and Christmas seasons that surround it in our homes.

When I hear these two songs intertwined, it brings a stark reminder of what this Christmas scene, this Incarnation, really asks of us. Christ asks us to look into the eyes of the child in the manger and see the eyes of a child of the poor.

How do we see and recognize Christ? In the poor. If we look away from the poor, we are looking away from Christ.

The infant Jesus becomes all of us, born in innocence, surrounded by angels and hope. Christ stands with every baby, worthy of a chance to live a full life, a life where medical and nutritional needs are met, where education is provided, where safety guards against evil and war, where life is respected.

The message of Jesus’ life, right from the beginning, was that he desired to be one with us. He was born in the messiness of a human birth, nursed in the arms of a young mother, raised in the reality of a poor and oppressed community.

Not only did he want to be one with us, but he deeply desired that we be one with each other.

Dix’s song takes us quickly, in another verse, to the cross, an inevitable thought even during Advent. Soper’s words take us to Jesus who lived and died alongside the poor and is still found there. The messages of Christmas are not sentimentalized here.

If your parish doesn’t offer the beautiful blend of these two hymns, you can find them online for a powerful Advent meditation.