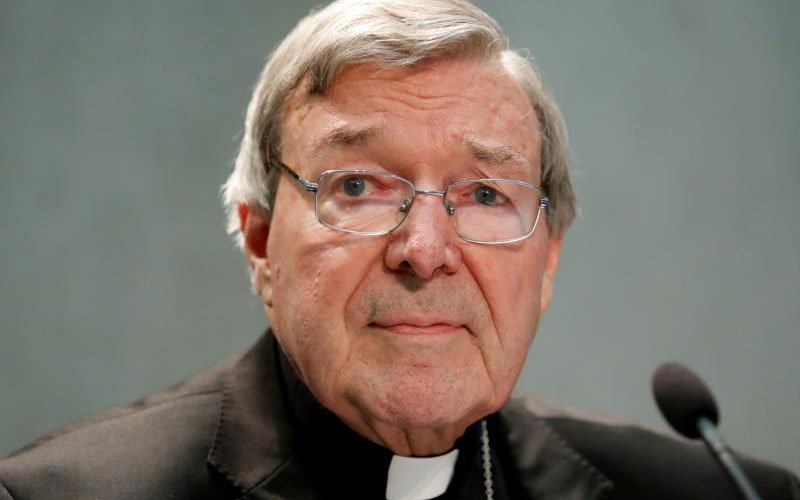 SYDNEY (CNS) — After two days of hearings, the seven judges of Australia’s High Court reserved their decision on whether to hear an appeal of Cardinal George Pell’s conviction for the 1996 sexual assault of two choir boys.

The court could take several months to reach a decision on the case, during which time Australia’s most senior Catholic will remain in jail. He is incarcerated in Barwon Prison, near the provincial Victorian city of Geelong, and is being held in virtual solitary confinement — typical for child sex offenders for their own protection. He does not have any access to court proceedings.

On March 11, the judges heard from Cardinal Pell’s counsel Bret Walker, who argued the original guilty verdict should be set aside and his client set free. On March 12, judges questioned prosecutors.

The first is that the Court of Appeal majority — Chief Justice Ann Ferguson and President Chris Maxwell — made an error in requiring Pell to prove the offending was “impossible” in order to raise reasonable doubt. Walker said this reversed the onus of proof on Cardinal Pell to prove his innocence as distinct from simple doubt of his guilt.

On March 11, High Court Justice Virginia Bell, the judge with the most experience in criminal law, raised the court’s concerns with the Appeal Court judges viewing video evidence from witnesses, instead of relying on a written transcript.

The second leg of Cardinal Pell’s appeal is that the majority in the Appeal Court made an error in concluding the guilty verdicts were not unreasonable. Walker focused on Cardinal Pell’s habit, as archbishop of Melbourne when the offenses occurred, of greeting parishioners on the front steps of St. Patrick’s Cathedral after Sunday Mass. The victim’s testimony was that the offenses occurred in the church’s sacristy after Mass. The cardinal’s lawyers contend he had no opportunity to commit the offenses in the sacristy.

Judges could take several months before delivering written reasons for their verdict. There is also a chance they could send the case back to the Appeal Court of the Victoria Supreme Court, which decided in August to uphold the original December 2018 guilty verdict.

In March 2019, Cardinal Pell was handed a six-year prison sentence, with no parole for three years and eight months.

While professing his innocence, in June 2017, Cardinal Pell took a leave of absence from his post as prefect of the Vatican Secretariat for the Economy to return to Australia to face the charges. The cardinal’s five-year term as head of the secretariat expired in February 2019.

During the appeal process, Pope Francis has said Cardinal Pell may not publicly exercise his ministry as a priest or have contact with minors.