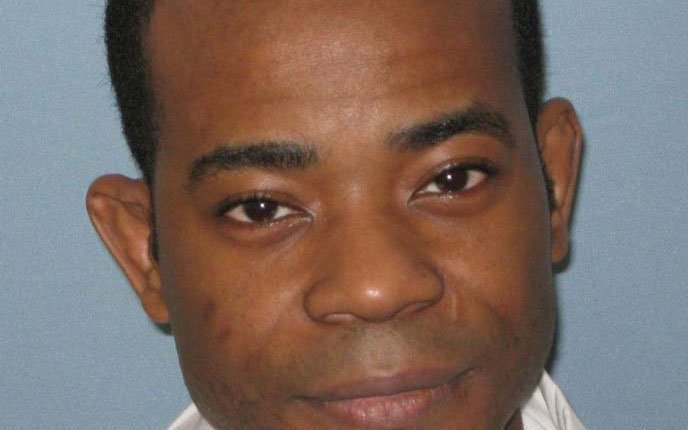 Nathaniel Woods, a 43-year-old Alabama inmate, was executed by lethal injection March 5, 2020, after the U.S. Supreme Court, which initially had granted a temporary stay, denied the inmate's petitions to put his execution on hold. (CNS photo by Alabama Department of Corrections handout via Reuters)

WASHINGTON (CNS) — Nathaniel Woods, a 43-year-old inmate in Alabama was executed by lethal injection March 5 after the U.S. Supreme Court, which initially granted a temporary stay, denied the inmate’s petition to put his execution on hold.

Woods was convicted, along with Kerry Spencer, in the 2004 killings of three police officers in Alabama. The prosecution argued that Woods was an accomplice and Spencer has repeatedly claimed to be the only shooter.

A groundswell of support built up for Woods prior to his execution. Supporters included Martin Luther King III, who argued that Woods had received an unfair trial and should not be executed.

U.S. Sen. Doug Jones, D-Alabama, sent a letter to Ivey, saying that because of the discrepancies in the case, “a delay is warranted.”

“This is not a decision that I take lightly, but I firmly believe in the rule of law and that justice must be served,” Ivey said in a statement after the execution.

Sister Helen Prejean, a Sister of St. Joseph of Medaille and longtime opponent of the death penalty, and Catholic Mobilizing Network, a group that works to stop the death penalty, both reacted on Twitter March 5 to Wood’s execution.

“No! No! No! Another African American man in the Deep South killed by the state for ‘guilt by association.’ Is this really the ‘worst of the worst’? Would it ever happen to a white person of means?” Sister Prejean tweeted.

And Catholic Mobilizing Network tweeted that even though Nathaniel Woods “never pulled the trigger” that ended the police officers’ lives, “tonight we mourn their senseless loss.”

The group also asked people to join with them in praying for Woods “and the people who love him who will be harmed by tonight’s act of state-sanctioned violence.”

Tags: Life Issues, U.S. Supreme Court
Copyright © 2022 Catholic News Service, Inc. All rights reserved. Linking is encouraged, but republishing or redistributing, including by framing or similar means, without the publisher's prior written permission is prohibited.