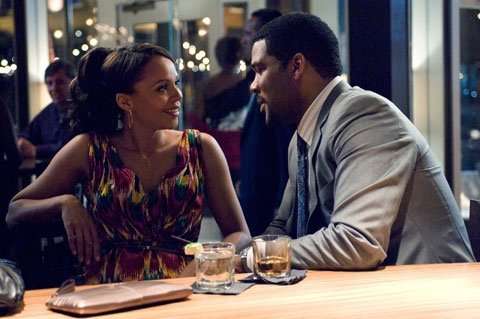 In this action-packed thriller directed by Rob Cohen ("The Fast and the Furious"), Perry is up to the challenge, putting his own stamp on a role played by Morgan Freeman in two previous Patterson-based films: 1997’s "Kiss the Girls" and 2001’s "Along Came a Spider."

"Alex Cross" is loosely adapted from "Cross" (2006), the 12th novel in Patterson’s series and essentially an origins story. Alex is a detective and forensic psychologist in the Detroit Police Department. He’s also a devoted family man. The father of two already, he’s excited that his wife Maria (Carmen Ejogo) is expecting again. His feisty mother Nana (Cicely Tyson) runs the household and dispenses moral advice.

On the job, Alex has two partners, Thomas (Edward Burns), a tough Irish cop, and Monica (Rachel Nichols), a rookie who’s eager to stand toe to toe with the big guys. When a wealthy businessman and his entourage are brutally tortured and murdered, the team realizes they’ve got a serial killer on their hands.

More specifically, a "stimulus-seeking psychopathic narcissist," as Alex profiles him. And how.

The culprit (Matthew Fox) goes by the name Picasso because he draws cubist portraits of his victims, who are first drugged, then dismembered, and finally killed. Picasso is a hired gun with a hit list of international industrialists. The moguls have gathered in the Motor City for a conference.

What ensues is a high-stakes game of cat and mouse that becomes personal for the detectives when tragedy strikes close to home. Seeking justice yet tempted by revenge, Alex uses his psychiatric skills to probe Picasso’s twisted mind for clues to his whereabouts.

Fortunately, the strong violence in "Alex Cross" is lightened by moments of humor, even camp. The picture also deserves credit for showing a tender side to its hero, with some poignant scenes of family interaction and others highlighting the role of faith in his life.

The film contains intense violence, including torture, drug use, a brief nonmarital bedroom scene with partial nudity and a few instances each of profane and rough language. The Catholic News Service classification is A-III — adults. The Motion Picture Association of America rating is PG-13 — parents strongly cautioned. Some material may be inappropriate for children under 13.