'Ali and Cavett: The Tale of the Tapes' looks at Muhammad Ali and Dick Cavett's friendship - Catholic Courier 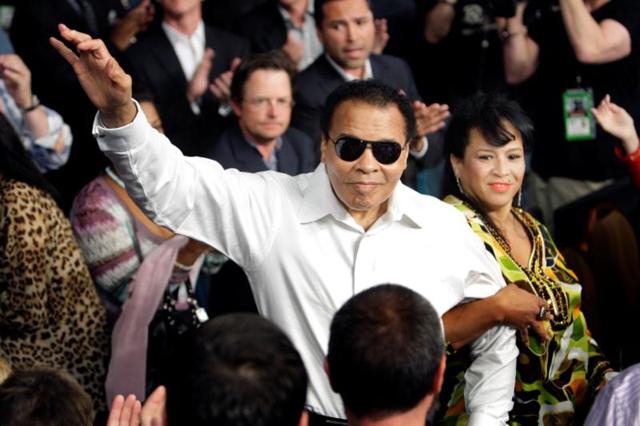 NEW YORK (CNS) — Largely an exercise in sweet nostalgia, the documentary “Ali and Cavett: The Tale of the Tapes” may not necessarily add to viewers’ understanding of iconic boxer Muhammad Ali (1942-2016). But it is fun to watch.

Co-written by the other figure of the title, talk-show host Dick Cavett, in collaboration with director Robert S. Bader, the film debuts on the HBO pay-cable service Tuesday, Feb. 11, 9-11 p.m. EST.

Cavett’s sometimes eponymous interview program has a complex broadcasting history. But the high point of his career, the late 1960s and early ’70s, corresponded with the most controversial era in Ali’s life. In 1967, Ali asserted his right as a conscientious objector to refuse induction into the military during the Vietnam War, becoming a famed symbol of resistance to that conflict.

Video clips from Ali’s 14 appearances on Cavett’s show explore the champ’s significance as both a sports legend and a cultural fixture. Looking younger than his 83 years, Cavett — currently a blogger for The New York Times — also appears as one of the commentators.

The film covers ground that’s well-traveled, especially for older viewers who were alive during Ali’s prime, when he was arguably the most famous person in the world. Younger members of the audience, though, may not be familiar with the details of Ali’s biography.

A gold medalist at the 1960 Olympics in Rome, Ali defeated the seemingly invincible Charles “Sonny” Liston to win his first heavyweight championship four years later. It also was in 1964 that he embraced the Nation of Islam and changed his name from Cassius Clay.

Ali’s refusal to be drafted cost him three-and-a-half years in the ring at the height of his powers. Famous bouts with Joe Frazier, George Foreman and Leon Spinks followed his return. In 1996, Ali — his body quivering with Parkinson’s disease — lit the Olympic torch in Atlanta in what many saw as a moment of reconciliation and vindication.

What sets “Ali and Cavett” apart, though, is its exploration of the relationship between the sketchily educated yet articulate fighter from the Jim Crow-era South and the Nebraska-bred Yale graduate Sharpton memorably describes as “the whitest of white guys.” One telling moment, for instance, reveals the unexpected depths of Ali’s respect for Cavett.

His jaw broken after his defeat in a 1973 fight with Ken Norton, Ali says to his host, “You are really my main man, because this is the only show that invites me right after I get whipped.”

Observing the duo’s playful, affectionate interactions, viewers will easily understand why Cavett observes, “There was a period in my life when I felt that Muhammad Ali was my best friend.”   Along with discussion of such mature themes as war and racism — its treatment of the latter topic includes the use of slurs — the program predictably features images of boxing violence. It’s acceptable, nonetheless, for a broad audience of adults and teens. They’ll likely find “Ali and Cavett” an agreeable, sometimes charming, retrospective.