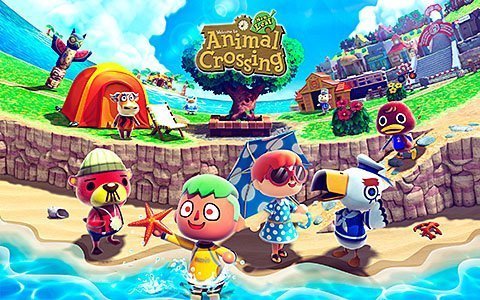 This is the cover of the video game "Animal Crossing: New Leaf." The Catholic News Service classification is A-I -- general patronage. The Entertainment Software Rating board rating is E -- Everyone.

NEW YORK (CNS) — It’s impossible to miss the extensive media coverage of violent or sexual video games. Although the subject is no doubt noteworthy, such reporting unfortunately fails to account for the many wholesome titles available on the market — at least some of which also promote a positive message.

"Animal Crossing: New Leaf" (Nintendo) for the Nintendo 3DS is one such game. Described as a "life-simulator," it takes place in a cartoon village. The player assumes the persona of an unnamed protagonist in a town of anthropomorphic animals. Awarded the role of mayor, the gamer’s job is to build up the community. This involves keeping the grounds clean, furnishing your own home and encouraging the arrival of new visitors and residents.

Given the genre, this is, in some ways, a surprisingly realistic title. Players wanting to expand their home, for instance, must apply for a mortgage — albeit from a loveable raccoon — then repay it with money earned by picking fruit and seashells.

At first glance, it may seem as though there’s very little to do in "New Leaf." But, in fact, its slightly bland-sounding activities hide some furiously addictive gameplay. Checking in with the residents, creating community beautification projects, filling up the museum — owned by a snoozing owl — with fossils and fish, and sailing off in a boat driven by a signing frog to go play games on a nearby island, all have a very simple charm that makes this a perfect game for relaxed enjoyment.

As such, "New Leaf" holds appeal for adults as well as children. So parents will be able to play along with their youngsters, either on the same cartridge or by the wireless function that allows gamers to visit each other’s home turf. Since the game promotes hard work, social cohesion and financial responsibility, moreover, grownups can feel comfortable encouraging the kids to play.

Compared to many of its grittier competitors, this "Leaf" comes across as autumn gold.

The Catholic News Service classification is A-I — general patronage. The Entertainment Software Rating board rating is E — Everyone.