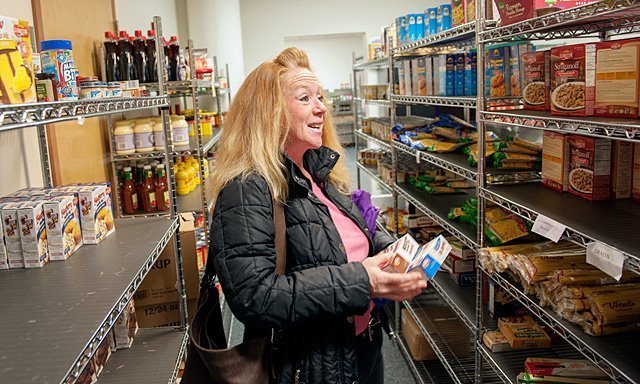 Donations to the Catholic Courier/Catholic Charities Christmas Appeal — which this month marks its 45th-annual campaign — come in a variety of sizes and forms, according to Donna Stubbings, appeal coordinator and circulation manager for the Catholic Courier and El Mensajero Cat√≥lico newspapers.

One regular donor usually sends a check in the amount of the interest earned on his savings accounts that year. Another faithful contributor always mails two $1 bills carefully sealed inside an envelope. And last year, one donor gave $2,500.

Proceeds from the annual appeal are distributed to the emergency funds of various Catholic Charities offices and affiliated agencies throughout the diocese. They help people in crisis who have no safety net and oftentimes nowhere else to turn. That’s why contributions to the appeal are always accepted with sincere gratitude regardless of their size, Stubbings said.

“Unplanned things happen to everyone, and most of us can deal with it. It might put us out a little bit but we can get by,” she said.

Sudden illnesses, unexpected car repairs and similar situations pose an inconvenience for most people, but for others they can be catastrophic, Stubbings noted. In the past, agencies have used Christmas Appeal funds to help people purchase needed prescriptions or pay their heating bills. Many recipients of these funds never before had to ask for help and just need one-time assistance in order to get back on their feet, she said, citing the example of an individual who was able to get to a job interview using a bus pass purchased with Christmas Appeal funds.

The appeal also provides a way for people to put their faith into action, noted Jack Balinsky, diocesan director of Catholic Charities.

“We have a Gospel call to help our neighbors,” Balinsky said. “This (appeal) is a way that we can carry out that Gospel message.”

Organizers hope to raise $50,000 through this year’s appeal, which began Nov. 1 and will run through the end of February. Last year 583 people contributed a total of $45,355.40 to the appeal, which raised 90.7 percent of its $50,000 goal, Stubbings said. This year, an anonymous donor has pledged to donate $10 for each individual who contributes to the appeal for the first time.

“If people who have never donated before can afford to donate $10, their money will be doubled,” Stubbings said.

The appeal again will participate in the 2014 ROC the Day campaign, a 24-hour-long online, communitywide fundraising event taking place Dec. 2. And as the appeal winds down in early 2015, individuals may add some last-minute support by participating in its fourth-annual Bowl-A-Thon, which is scheduled for Feb. 7 at L&M Lanes, located at 873 Merchants Road in Rochester.

This year, the appeal got some early support from school-transportation provider First Student, which raffled off a gift basket at its exhibitor table during the Courier‘s 125th-anniversary celebration in September and donated proceeds to the appeal.

EDITOR’S NOTE: Contributions may be made payable to Christmas Appeal and sent to the Catholic Courier, PO Box 24379, Rochester, NY 14624. Please include your name, address, city, state, ZIP code, telephone number, and whether the gift is being made in honor or in memory of someone.