Appeal aims to aid those with emergency needs - Catholic Courier 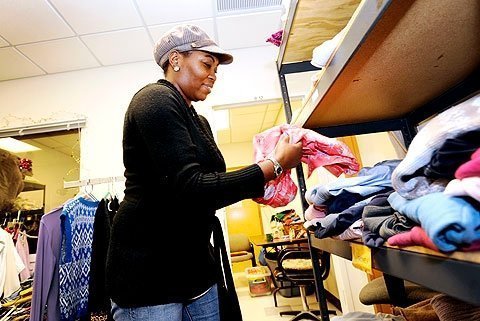 The 2011-12 Catholic Courier/Catholic Charities Christmas Appeal will tap into social media and make greater use of the Internet in hopes of introducing the campaign to a new generation, organizers said.

The appeal will kick off its 42nd year shortly after Thanksgiving.

Money raised through the Christmas Appeal goes to help people throughout the 12-county diocese who need emergency assistance from Catholic Charities and affiliated area agencies. Often those who receive assistance have never asked for help from these agencies before.

“(The grants) are never a huge amount of money, and it’s often a one-time plea for help,” said Donna Stubbings, appeal coordinator and circulation manager for the Catholic Courier and El Mensajero Cat√≥lico newspapers. “It’s for people who aren’t eligible for any other help.”

Local charities rely on Christmas appeal grants, which are distributed throughout the diocese, to help meet needs when other funding is not available, said Jack Balinsky, director of the diocesan Catholic Charities.

“(The funds) are absolutely essential because there are very few sources that provide direct assistance to clients,” Balinsky said.

He noted that needs have continued to rise throughout the diocese due to a floundering economy. According to the U.S. Census, in 2010 an estimated 46.2 million people — or 15.1 percent of the U.S. population — were living in poverty, up from 43.6 million people or 14.3 percent of the population in 2009. The estimated poverty levels have increased four years in a row, now encompassing the largest number of people in poverty in the 52 years that the estimates have been published.

Catholic Charities agencies are all seeing the effects of the poor economy, Balinsky said, and are serving more people than in previous years.

“From each of the agencies, I would say requests for assistance have gone up 50 to 100 percent over the last year,” he said.

In addition to economic concerns, agencies also have been responding to flooding in the Southern Tier and Finger Lakes, and the diocese has tried to address those specific needs through a second collection, Balinsky said.

Karen Franz, general manager/editor of the Catholic Courier and El Mensajero Cat√≥lico, said the newspapers would be adding Christmas Appeal sections to their websites this year to provide visitors with centralized locations to learn about the campaign.

“We have a very loyal group of prior donors who have supported the appeal for many years,” she said. “Now we need to recruit the next generation.”

Stubbings noted that all donations are welcomed, regardless of size.

Every year at least one donor gives $1 and another gives $2, she said, noting that she sees the small donations as a sign that donors are themselves in need but nevertheless committed to helping others.

“Every donation, large or small, makes a difference,” Stubbings said.

EDITOR’S NOTE: Contributions may be made payable to Christmas Appeal and sent to the Catholic Courier, PO Box 24379, Rochester, NY 14624. Please include your name, address, city, state, ZIP code, telephone number, and whether the gift is in honor or in memory of someone.