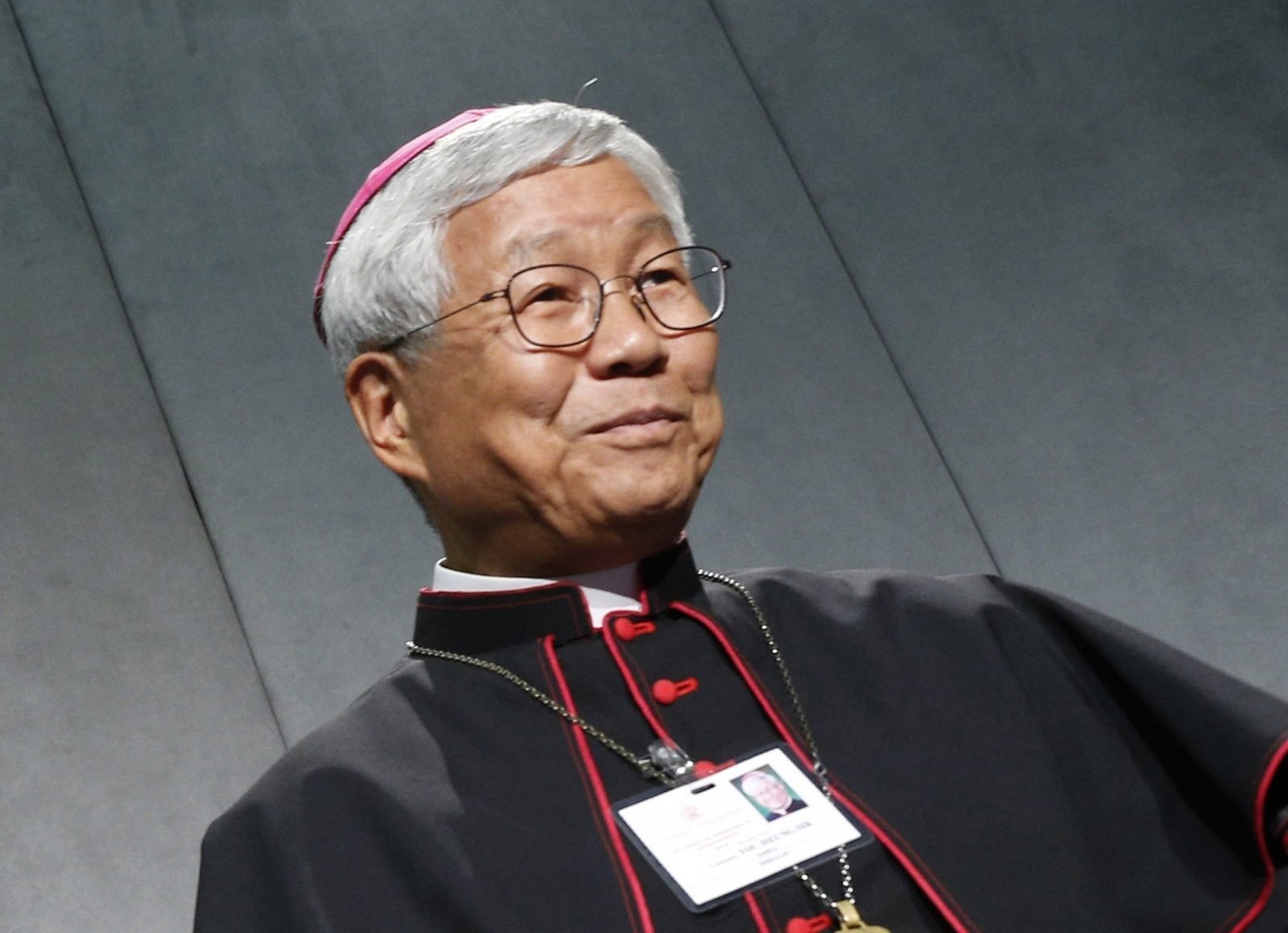 South Korean Archbishop Lazarus You Heung-sik, prefect of the Vatican Congregation for Clergy, is pictured in an Oct. 11, 2018, photo. Archbishop Heung-sik says a papal trip to North Korea is unlikely, but would give a boost to peace and reconciliation. (CNS photo by Paul Haring)

VATICAN CITY (CNS) — The South Korean archbishop who was recently appointed prefect of the Vatican Congregation for Clergy said that while a papal visit to North Korea seems very unlikely, it could be just the outside intervention needed to overcome the stalemate dividing the Korean Peninsula.

“Humanly, there seems to be little hope, but since God is omnipotent, I try, by praying to him, to welcome all that can be useful to promote peace,” Archbishop Lazarus You Heung-sik told Fides, the news agency of the Congregation for the Evangelization of Peoples.

The agency published the archbishop’s comments July 6 along with reports that Park Jie-won, head of South Korea’s intelligence services, participated in a Mass at a basilica in Mokpo, South Korea, and told people he would meet with Archbishop Hyginus Kim Hee-joong of Gwangju, president of the South Korean bishops’ conference, and Archbishop Alfred Xuereb, the nuncio to South Korea, to discuss a visit by Pope Francis to North Korea.

Park, who had been elected to parliament representing Mokpo, became head of South Korea’s National Intelligence Service in July 2020. He had served as secretary to President Kim Dae-jung and apparently played a key role in organizing his meeting with North Korean leader Kim Jong Il in Pyongyang in 2000, Fides reported.

Conventual Franciscan Father Dinh Anh Nhue Nguyen, a Vietnamese priest and director of Fides, wrote: “Together with all the Korean faithful, we wish that, if it is God’s will, Pope Francis can visit North Korea to start a new era of peace. His visit would not be so much a point of arrival as a starting point for a time of reconciliation, harmony, unity, in the name of the Gospel. It would be a moment of grace and blessing for the entire peninsula.”

The Vatican press office said July 8 that the only papal trip being actively prepared at the moment is Pope Francis’ visit to Hungary and Slovakia in September.

In the Fides interview, Archbishop You recalled that when South Korean President Moon Jae-in met Pope Francis at the Vatican in October 2018, the president passed on an invitation to visit from North Korean leader Kim Jong-un. The invitation was reported at the time by the South Korean news agency Yonhap, quoting Moon’s press secretary.

“The pope then replied that he was available to visit North Korea the moment he received a formal invitation from the authorities of Pyongyang,” Archbishop You said. “When I heard the news of the Holy Father’s availability, I was really moved. Since then, I have constantly prayed for the pope’s visit to North Korea to take place.”

“The confrontation that exists on the Korean Peninsula is one of the greatest sufferings of humanity today,” the archbishop told Fides. “It is noteworthy that the area called ‘Demilitarized Zone’ between the South and the North is ironically the most militarized zone in the world.”

A papal visit to North Korea, he said, “could represent a turning point, which would allow us Koreans to dialogue and understand each other better, starting with small things and ending with big ones, and perhaps even reaching the reunification of the South and the North.”

“In concrete terms, the Holy Father’s mediation could be a propitious opportunity to put an end to the conflict, the result of mutual distrust between the two parts of the peninsula which has lasted for too many decades,” he continued. “I pray and try to do what I can, in the hope that at least a small ray of hope will open up for mutual understanding, overcoming the current situation of tension and opposition.”