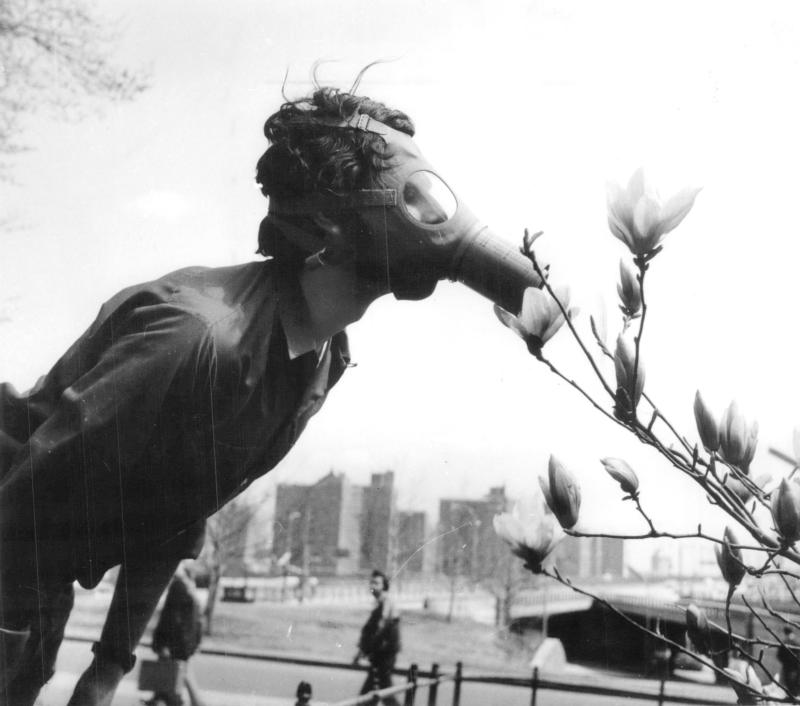 This is a photo from Milwaukee during the first Earth Day April 22, 1970. This year marks the 50th anniversary of Earth Day. (CNS photo by Milwaukee Journal Sentinel files, USA TODAY NETWORK/Reuters)

WASHINGTON (CNS) — On April 22, 1970, the late Sen. Gaylord Nelson, D-Wisconsin, created the first Earth Day because “we only have one earth, so we need to take care of her.”

That year more than 20 million Americans participated in demonstrations, cleanups and other activities, and Earth Day quickly motivated people around the global to get involved in efforts to save the earth. To date, 1 billion people in over 190 countries take action on this day every year.

Acknowledging the COVID-19 pandemic has impacted this year’s observance of Earth Day, the Washington-based Catholic Climate Covenant has revised its Earth Day 2020 program in light of universal stay-at-home orders so that it can be used by individuals, families and online groups.

Those who want to participate in the program, which also is available in Spanish, can go to https://catholicclimatecovenant.org/program/earth-day to register and download the program.

Dated May 24, 2015, the encyclical critiques consumerism and irresponsible development, laments environmental degradation and global warming, and calls all people of the world to take “swift and unified global action.”

“Humanity is at a critical crossroad,” Catholic Climate Covenant said in a statement on its website. “Most scientists, policymakers, and religious leaders agree that climate change is an existential threat to God’s creation. In 2015, Pope Francis exhorted us to take urgent action against climate change and to protect our common home.

“The United Nations tells us we have a decade to take action before irreversible damage destroys critical ecosystems, and adds to the burdens of our most vulnerable brothers and sisters,” the statement added. “Yet, young people are taking action. This is the moment for all to join with them in their call for action.”

The covenant, formed in 2006, is supported by 18 national partners, including the U.S. Conference of Catholic Bishops, Catholic Relief Services, Catholic Charities USA, Catholic Health Association, and congregations of men and women religious.

“The world has never been so ready for the U.S. Catholic community to step up and take action on climate change,” the covenant statement said. “Are you ready? Whether you’re taking your first step or have been a long time actor in addressing climate change, the 2020 Earth Day program will help you find a path forward.”

In a statement on its own website about Earth Day 2020, the California Catholic Conference noted that Earth Day awareness and activism have led to the Clean Air, Clear Water and Endangered Species acts.

“As Catholics, we are deeply committed to our environment and our home,” said the conference, which is the public policy arm of the state’s Catholic bishops.

In 2019, the conference its own statement called “Care for the Common Home,” calling for a spiritual conversion that respects our common home and cares for all.”

The conference said it is hopeful that “with a renewed sense of global support to fight the current pandemic, that same renewed cooperation can extend into the care of our planet.”