As Election Day nears, Catholics are urged to vote with their faith - Catholic Courier 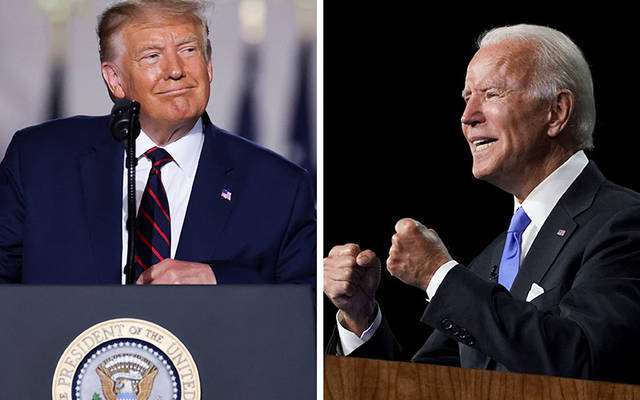 Bishop Matano urges fearlessly taking our faith to the polls

The Nov. 3 presidential election will occur during a notably turbulent period in United States history, as the country grapples with the coronavirus pandemic as well as widespread demonstrations — some marked by violence — demanding an end to racism in society.

“We are in a unique time,” acknowledged Marcus Ebenhoe, who serves as Monroe County’s justice-and-peace representative on the Diocesan Public Policy Committee.

Amid the turbulence and often-rancorous debate over which political candidates are best suited to lead us toward a better tomorrow, the nation’s bishops are urging Catholics to weigh in by exercising their right to vote.

“In the Catholic tradition, responsible citizenship is a virtue, and participation in political life is a moral obligation,” according to paragraph 13 of “Forming Consciences for Faithful Citizenship,” a document issued every four years by the U.S. Conference of Catholic Bishops. The newly updated document, which summarizes Catholic social teaching as it applies to the voting process, is available at www.faithfulcitizenship.org.

The document observes that the bishops “do not intend to tell Catholics for whom or against whom to vote,” (No. 7). The bishops do discourage voting based solely on a political party or interest group, instead asking Catholics to engage politically while prioritizing “the moral convictions of well-formed consciences and focused on the dignity of every human being, the pursuit of the common good, and the protection of the weak and the vulnerable” (No. 14).

Yet doing so is far from a simple process, since church teaching covers many priorities that do not fully align with the positions of any political contender. In addition to weighing how candidates might respond to the crises that have dominated headlines in 2020, Catholic voters are called to consider such issues as abortion, euthanasia, human cloning, destructive research on human embryos, in-vitro fertilization, immigration, xenophobia, racism, care for creation, excessive consumerism, poverty, hunger, housing, education, employment, unjust war, genocide, capital punishment, gun violence, torture, human trafficking, slavery, religious freedom, health-care reform, and the preservation of marriage and family.

The U.S. bishops are particularly emphatic about the consistent ethic of life, stating that “the direct and intentional destruction of innocent human life from the moment of conception to natural death is always wrong and is not just one issue among many. It must always be opposed” (No. 28). And, in the introduction to “Forming Consciences for Faithful Citizenship,” they contend that “the threat of abortion remains our preeminent priority because it directly attacks life itself, because it takes place within the sanctuary of the family, and because of the number of lives destroyed.”

On the other hand, the bishops also state that “as Catholics, we are not single-issue voters. A candidate’s position on a single issue is not sufficient to guarantee a voter’s support” (No. 42).

Since it may be difficult, if not impossible, to identify a candidate who adequately addresses all the vital concerns listed in the “Faithful Citizenship” document, Catholics face the daunting task of determining which contender best fits Catholic priorities. To aid in that process, Ebenhoe noted that the Diocesan Public Policy Committee has made available a variety of materials at www.dor.org/about/office-ministry-directory/catholic-charities/public-policy-committee. Among these materials are as reflection discussion questions as well as video and print resources from the USCCB.

Ebenhoe also suggested, in the weeks leading up to Election Day, visiting https://ivotecatholic.org, a resource developed by the Archdiocese of Cincinnati that examines Catholic social teaching.

The ideal result, Ebenhoe said, will have Catholics marking their ballots in ways that most effectively promote justice for all — in the presidency and at all other levels of U.S. government.

“Trying to create a more just world should lead us into how we are supposed to vote,” Ebenhoe said.

Tags: Election News
Copyright © 2022 Catholic Courier, Inc. All rights reserved. Linking is encouraged, but republishing or redistributing, including by framing or similar means, without the publisher's prior written permission is prohibited.