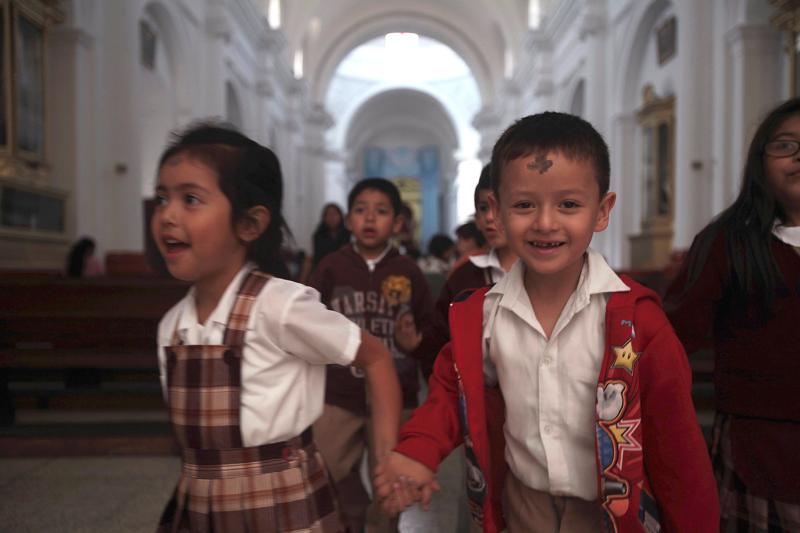 Incorporating children into our Lenten journey can be difficult for parents. I know it was for me, until one year, when I was at a loss, I decided to ask my sons what they wanted to do for Lent.

Talking to my kids about prayer, almsgiving and fasting opened up great discussion. I found new avenues to take in my own faith life, as they see faith with fresh eyes. Talking to them about faith gave them more ownership over their own Lenten journey and walk with Jesus.

When my boys were 3 and 4, as part of their nighttime routine, we would pray for our friends and family. The list got rather long. I began to think the list was long so that they did not have to go to sleep.

I suggested limiting the list to three people who really needed our prayers. They quickly focused on those who were ill or had an immediate concern. I was surprised at how this deepened our prayers for that person.

We followed their trials and illnesses. We checked in with the person, seeing how we could be God’s “hands and feet,” loving them through their difficulty. My sons would ask me to mail their latest artwork to those we prayed for, and I knew that they were thinking about our prayers at other times than just bedtime.

When an illness was healed or a new job was found, we celebrated, then added another person to the list.

This year I asked my sons, now 9 and 10, if they had extra money to help our community, where would they spend it? Their answer: the homeless.

In Seattle, where we live, homelessness has reached a breaking point. There are tent cities popping up on freeway offramps and in city parks. The main street closest to our home is lined with recreational vehicles (RVs) where people live.

My sons had several great ideas on where to share our money and time:

— Donating money and goods to a shelter. Both our parish and their Catholic school host a nighttime shelter. We can share with our neighbors there.

— Helping out at a food bank. Not just by giving money but by donning a hair net and latex gloves to pass out food. My sons already do this once a month with their school. Now we will look into helping as a family.

— Building a tiny house. Last year, the eighth graders at their Catholic school built a tiny house for one of the dozens of tiny home communities in our city. The middle schoolers raised funds with a GoFundMe campaign as well as bake sales and car washes. Then they rolled up their sleeves and learned basic carpentry with a few skilled parents. The sense of pride and service was palpable.

I asked my sons what we could give up for Lent, using the money we saved toward the homeless. My bookworm son said we could give up buying books during Lent, if it meant having more money to give to our shelters. My youngest suggested giving up sweets. I found this convicting as I know I spend money on both.

For meatless Fridays, I have put the boys to work on finding meatless recipes that sound good to them. I was surprised at how much they enjoyed looking through my old cookbooks for some vegetarian recipes. One outcome of this activity is that they realized they can make one of the pasta recipes. So there is at least one Friday in Lent that I do not have to cook!