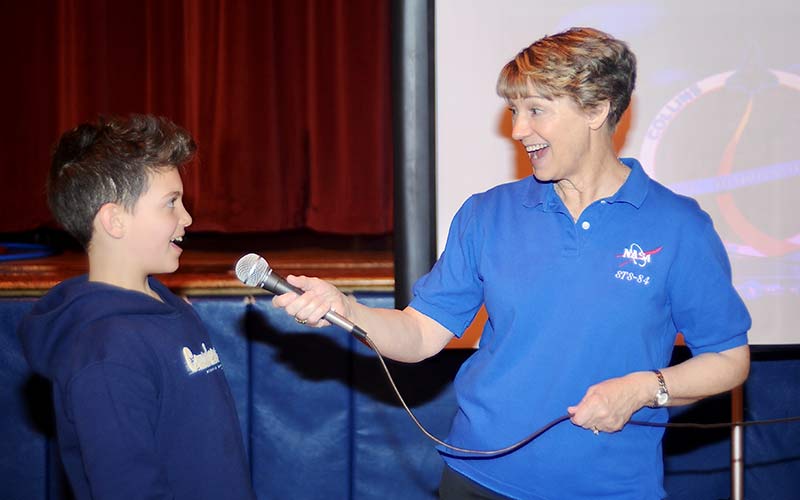 But it was her visit to Holy Family that inspired some great questions from our students. Her presentation lasted roughly 45 minutes and the Q.& A. session continued for another 45.

Some of the questions included: “What made you want to become an astronaut?” … “Were you ever afraid to go up in space?” … “Could you see God while you were up in space”? (Note about the last question: Eileen, who is close to her Catholic faith, didn’t say that she could see God, but could feel his presence and see his magnificent work all around her.

Eileen’s complete story can be found in the recently published book, “Through the Glass Ceiling to the Stars”.