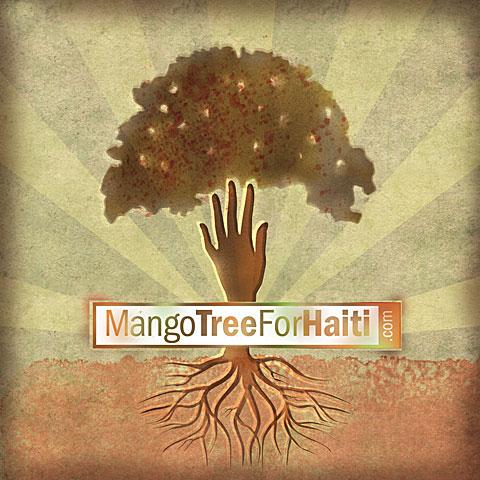 Angelo Rose couldn’t sleep after watching a "60 Minutes" segment in March, "The Lost Children of Haiti," which focused on the plight of Haitian children separated from their families after the Jan. 12 earthquake.

He kept thinking about a group of children featured who had survived the quake and the collapse of their building because they had been praying outside under a mango tree.

Inspired, the Victor attorney, who moonlights as a singer/songwriter, wrote the song "Under a Mango Tree."

Rose has since raised more than $11,000 for a Haitian relief effort through CD and MP3 sales of a recording of the song. The song features the singing and instrumentation of Rose, a 1986 graduate of McQuaid Jesuit High School and a parishioner of St. Louis in Pittsford, and the Nazareth Children’s Choir from Nazareth Elementary School, which sang under the direction of Jennifer Lafler.

Money from sales of the song go toward the new "Father Wasson Angels of Light" program from Nos Petit Freres et Soeurs Haiti (Our Little Brothers and Sisters), which provides daily food, education and mentoring for more than 2,000 Haitian children displaced by the earthquake. The song also is available on iTunes, Amazon and CDBaby, and at www.mangotreeforhaiti.com.

Rose said he only made one change to the lyrics after the night that he wrote the song. He added a chorus that incorporates the phrase "Angels of Light" after learning about the Angels of Light program from family friend Marcia Mendola, the chair of the hunger task force at St. Louis Parish, and the mother of Rose’s best friend. For 19 years, St. Louis has supported the Our Little Brothers and Sisters/Friends of the Orphans organization in Haiti, which operates orphanages, hospitals and other outreach programs.

As part of its continuing commitment, St. Louis will host the Sunday Stroll for Haiti Oct. 3, a two-mile walk for its parishioners and members of other churches and organizations throughout Pittsford, to raise money for Friends of the Orphans and another organization, Crossworld Missions. The event includes a performance by Rose and a walk through the village of Pittsford.

Mendola said she loves the song Rose wrote, but she admits that she’s biased since he is the godfather to one of her grandchildren.

"I love the meaningfulness of it, the quality of it, and I love the children (singing) in the background," Mendola said.

She noted that mango trees are an apt symbol in the song because they provide nourishment and shelter, which are some of the things that Our Little Brothers and Sisters organization provides to people in need. The Angels of Light program, for instance, is working to identify and transition quake orphans to permanent care, and is tapping its resources of Our Little Brothers and Sisters graduates to run day camps for children living in tent cities after the quake.

Mendola noted that in addition to donating his time, Rose paid for the production of the CDs out of his own pocket so that the proceeds of all sales could go directly to the Friends of the Orphans.

Rose said in order to get help to the people of Haiti when it was most needed, many people collaborated to publish the song in a mere six weeks. Those collaborators included Grammy-winning artist Neil Capellino of Nashville who donated his time to mix the song, and artist Steve Smock, who donated logo and design work.

Local Bruegger’s bakery-cafés sold hundreds of the CDs during the six weeks that it was offered locally, and Breathe Yoga in Pittsford also sold copies. Rose said he had to reprint CDs twice. He said he also is in negotiations to get the CD in other locations, and he said he hopes to get sales and radio play outside of New York.

Rose, a self-taught singer/songwriter, also is at work on his next full-length CD, and he hopes to be able to donate a portion of sales from that CD to relief efforts.

"I just feel that there’s so much more that needs to be done in Haiti," he said.