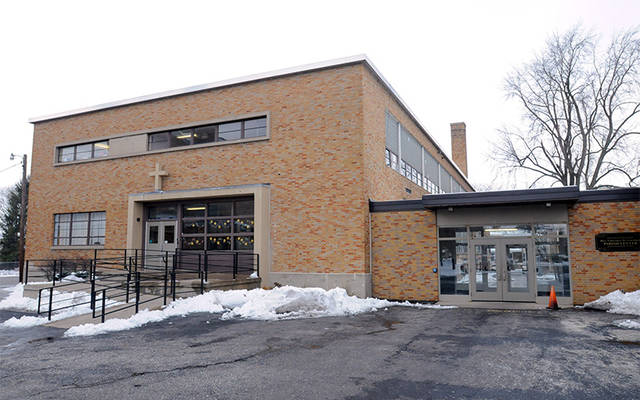 St. Joseph School in Auburn will close its doors at the end of the 2019-20 school year due to declining enrollment and financial issues. (File photo)

St. Joseph School in Auburn will close at the end of the 2019-20 school year due to declining enrollment and financial difficulties, according to a Nov. 20 statement from the Diocese of Rochester.

St. Joseph’s enrollment for the current academic year is at an all-time low of 93 students in preschool through eighth grades. In recent years enrollment has declined by about 25 students per year, according to a letter from the pastors and parochial vicars of the Auburn parishes to Bishop Salvatore R. Matano.

It was in light of this enrollment data and “with sadness and regret,” that the four Auburn priests — Fathers Frank Lioi, John Gathenya, Michael Brown and Justin Miller — wrote to Bishop Matano, recommending that the school close in June. Bishop Matano accepted the recommendation after consulting with the Presbyteral Council, the diocesan College of Consultors and the diocesan School Board.

The recommendation to close the school was not made lightly or without consideration for the many in the community who hold the school close to their heart, according to a public letter to the Auburn Catholic community from the four Auburn priests.

“We know that news of the closure effective at the end of the school year in 2020 will cause considerable sorrow and pain, not only for those families who are currently enrolled at St. Joseph’s School, but also for the countless others who have benefited from Catholic education in its long and remarkable history in Auburn. We, too, share in your sadness,” they wrote. “Let us come together as a community of faith to not only mourn the loss of this beloved institution, but also to find ways to celebrate all the precious memories.”

St. Joseph School has been educating children in the Auburn area since 1996, but the building’s roots in Catholic education go back much further. The building was constructed in 1949 and in 1950 became the new home of St. Alphonsus Parish’s school, which by 1971 had an enrollment of nearly 700 students. In 1973, the building became home to the new Blessed Trinity School, which was formed by merging the parochial schools of St. Alphonsus, Holy Family and Sacred Heart parishes. When the former St. Mary School also merged with Blessed Trinity in 1996, the school on the St. Alphonsus campus became known as St. Joseph School.

Over the years, a great many people have been involved with St. Joseph School and have been tremendously dedicated to its students, interim diocesan superintendent of Catholic schools Jim Tauzel noted in the Nov. 20 statement.

“I am very grateful for the commitment to our children shown by Principal Mary Jo Keba and the teachers, staff and school families,” Tauzel said. “The school may close, but wonderful memories will endure for those who passed through its doors and left well-prepared spiritually and academically to make a difference in their community,” Tauzel said.

After the closing of St. Joseph School there will be no more diocesan- or parish-sponsored schools in Cayuga County, but Catholic education continues in Auburn at Tyburn Academy of Mary Immaculate. Founded in 1992 by the late diocesan priest Father Albert Shamon and a handful of Catholic families, Tyburn is an independent school operating in the Catholic tradition and in affiliation with the Diocese of Rochester. Tyburn educates students in grades six through 12.