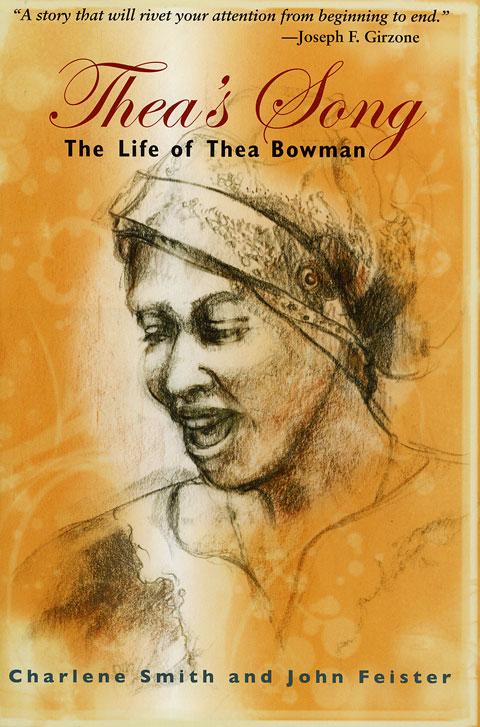 Sister Thea Bowman was a remarkable woman, abundantly blessed with love, faith, intelligence, wit, empathy, devotion and intensity. She, in turn, bestowed these gifts on her family, friends, colleagues, and on a church in need of the insights, integrity and spirituality of black Catholics.

This biography (illustrated with stunning photographs) was published to coincide with the 20th anniversary of Sister Thea’s death (she was only 52 when she died in 1990). Sister Charlene Smith, a Franciscan Sister of Perpetual Adoration like Sister Thea, and journalist John Feister tell her story with affection and admiration.

Born Bertha Bowman in 1937, the only and much loved child of a teacher-mother and physician-father, she was raised in a close, nurturing African-American community in Canton, Miss.

When she was 9 she asked for, and received, permission to become Catholic, and through her teachers at the Holy Child Jesus School became convinced of a vocation to the Franciscan Sisters of Perpetual Adoration. At 15 this courageous, disciplined adolescent left home and journeyed to La Crosse, Wis., to become an aspirant in a white convent in a white church that blithely assumed the superiority of white ways.

Sister Thea’s loving, engaging and vibrant personality and innate dedication gave her the fortitude to endure an ascetical religious formation. Her keen intellect relished the teaching and academic work that religious life opened for her.

In 1966, during graduate studies at The Catholic University of America in Washington, Sister Thea became a founding member of the National Black Sisters’ Conference and began a peripatetic ministry of intercultural awareness that, through music and preaching, would bring the gifts of black culture and spirituality to the American church.

Her indefatigable travels continued through the diagnosis and treatment of breast cancer in 1984, the same year in which both her parents died. The cancer recurred four years later and despite constant, terrible pain she preached, sang, inspired and educated until shortly before her death. Her wise prayer, “Lord, let me live until I die,” was abundantly granted.

There is much to recommend this book as an introduction to Sister Thea, the context of her ministry, and the love and hope she engendered in family, friends, colleagues and international audiences.

Unfortunately, in an effort to fully document Sister Thea’s life, the authors tell too much and show too little. There are pages and pages that read like calendar notations, the places she visited on a postdoctoral trip to Europe, the workshops, commencements, concerts and meetings that filled her days. Scattered factual errors (Eudora Welty is described as a “famous black writer and photographer,” for example) diminish reader confidence, and there is either too much or too little information about the people and organizations with which Sister Thea was involved.

Instead of quotes from old newspaper articles, one wishes for more insight into Sister Thea’s transformation, depth, power and complexity.

We want to know why one priest said of her, “People either love her or loathe her.” We want to know how she became the woman who called the American bishops to be open to “the rightness, the fullness of black spirituality, in all of its expressions.” We want to know how her scholarly work on St. Thomas More and William Faulkner influenced her public life. We want to know more about the broader cultural and religious context in which she taught and worked.

Still, despite these disappointments, it is impossible to read this book without gratitude for the gift of Sister Thea Bowman, silence in the face of her humility and truth telling, and sadness at her suffering and too-early death.