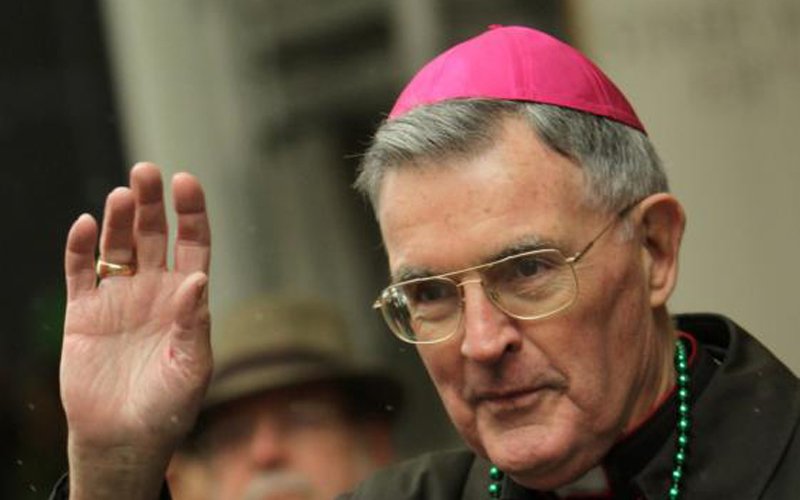 WASHINGTON (CNS) — Pope Francis has accepted the resignation of Auxiliary Bishop Gerald T. Walsh of New York, who reached the normal retirement age of 75 in April.

The retirement of Bishop Walsh, who was serving as vicar general of the Archdiocese of New York, was announced in Washington Sept. 5 by Msgr. Walter Erbi, charge d’affaires at the Vatican’s nunciature in Washington.

Born April 25, 1942, in New York, he graduated in 1959 from Power Memorial Academy and began studies at Iona College in New Rochelle. He entered St. Joseph’s Seminary in Yonkers, New York, in 1961, earning a bachelor’s in philosophy and a master’s of divinity there. He was ordained to the priesthood in 1967 by Cardinal Francis J. Spellman at St. Patrick’s Cathedral.

After ordination, he served as parochial vicar of Holy Trinity Church in New York City. In 1980, he joined the staff of Catholic Charities as the director of family and children’s services. He earned a master’s degree in social work in 1983 from Fordham University.

In 1989, he was named pastor of the Church of the Incarnation and in 1996 he was named secretary to Cardinal John J. O’Connor. Two years later, he became pastor of St. Elizabeth parish. Named vicar for development in 2003, a year later St. John Paul II appointed him as an auxiliary bishop for the archdiocese.

Since 2012, Bishop Walsh has served as vicar for clergy and episcopal vicar for the Rockland, Central Westchester, South Shore and Yonkers vicariates.