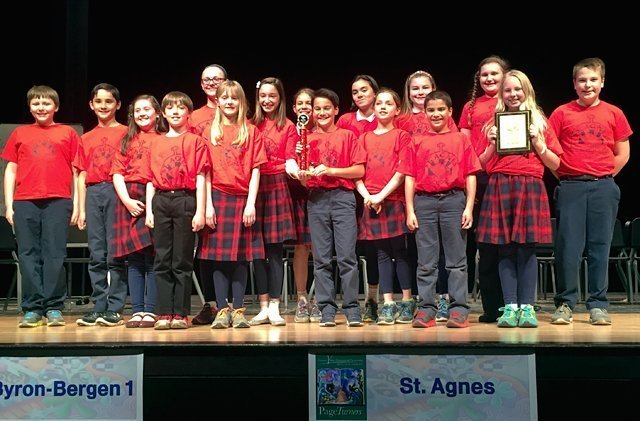 St. Agnes School Page Turners team earned top honors at the Western New York Regional Page Turners Championship, narrowly beating Wayland –Cohocton. Page Turners is a BOCES sponsored program that promotes reading.  Students in Grades 4-6 read and study books and poems from a list provided by the Genesee Valley BOCES Partnership and then teams of students from the schools answer questions from the books, earning points for their team.

St. Agnes School earned its berth to the Regional competition by winning both their Fall and Spring competitions in the Eastern Division against teams from  York, Caledonia Mumford and Avon Teams I and II.

Congratulations to St. Agnes School and their coaches Deborah Smith and Jessica Patel, as well as all of the Page Turners teams, on a successful season!