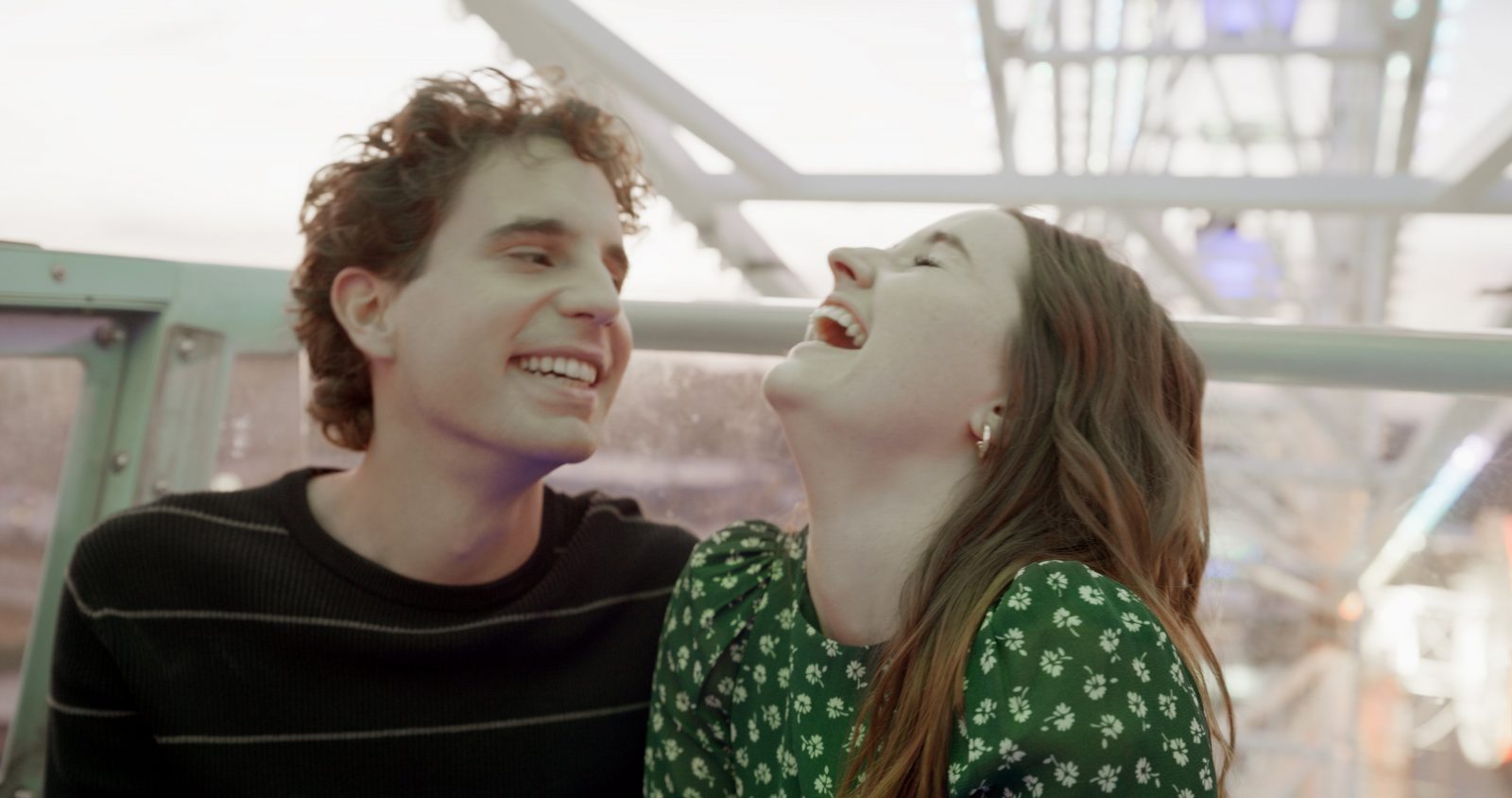 Ben Platt and Kaitlyn Dever star in a scene from the movie "Dear Evan Hansen." The Catholic News Service classification is A-III -- adults. The Motion Picture Association rating is PG-13 -- parents strongly cautioned. Some material may be inappropriate for children under 13. (CNS photo/Universal Pictures)

NEW YORK (CNS) — Honesty, we’re assured, is the best policy. For an object lesson in just how badly awry even a well-meaning ruse may go, viewers can consult the earnest musical drama “Dear Evan Hansen” (Universal).

Beyond illustrating the negative consequences of deception, director Stephen Chbosky’s screen version of the award-winning 2016 Broadway hit is marked, overall, by upright fundamental values. So, despite some incidental concessions to misguided current mores, and a bit of tacky talk in the dialogue, parents will probably find it acceptable for older adolescents.

Ben Platt reprises his stage role as the angst-ridden teen of the title. Clinically depressed and socially isolated, Evan yearns to be noticed by fellow high school student Zoe (Kaitlyn Dever). Instead, pretty much the only person with whom he interacts is another classmate, Jared (Nik Dodani), an openly gay techie who only tolerates Evan because their mothers are pals.

After Zoe’s troubled brother Connor (Colton Ryan) takes his own life, a misunderstanding leads his parents — kindly but fragile mom Cynthia (Amy Adams) and emotionally repressed stepdad Larry (Danny Pino) — to believe that Evan and Connor were best friends. Rather than correct the mistake, Evan goes along with it, eventually fabricating evidence of the nonexistent relationship.

Partly, Evan is motivated by a desire to comfort the grieving couple. But he also sees an opportunity to get closer to Zoe. And, as he quickly becomes something of an adopted son to Cynthia and Larry, they begin to provide him with a fuller family life than his overworked divorced mother Heidi (Julianne Moore) can.

As this storyline suggests, those in search of toe-tapping diversion should look elsewhere since the work of composers and lyricists Benj Pasek and Justin Paul as well as screenwriter Steven Levenson, the author of the show’s book, is anything but lighthearted. Cynics, too, may come away unsatisfied.

Moviegoers inclined to plumb the emotional depths explored in this always intense but sometimes awkward and overbearing picture, by contrast, should equip themselves with a suitable supply of Kleenex. They’ll likely be swept up by Platt’s hard-driving performance and avid to appreciate the spotlight the script throws on the real-life problems of young people like Evan and Connor.

The film contains mature themes, including suicide and depression, references to homosexuality, at least one use of profanity, several milder oaths as well as one rough and a few crude terms. The Catholic News Service classification is A-III — adults. The Motion Picture Association rating is PG-13 — parents strongly cautioned. Some material may be inappropriate for children under 13.