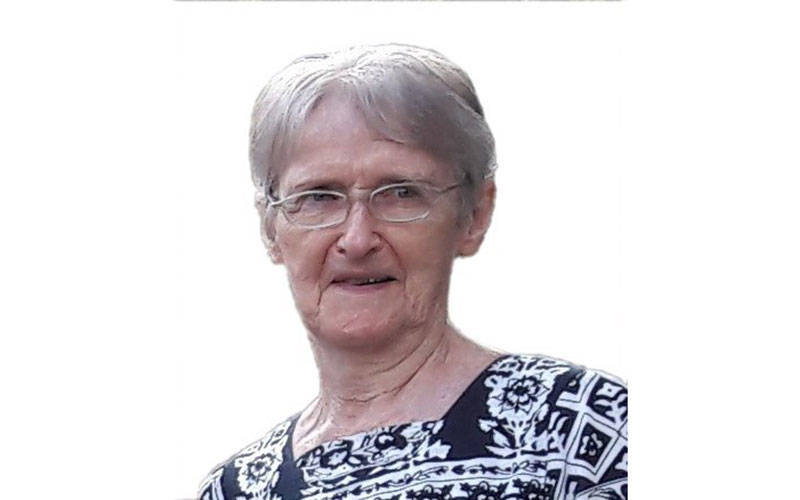 Barbara Ann Brennan, cofounder of the Anawim spiritual community in Corning, died July 14, 2021, at the Anawim Community Center in Las Piñas, Philippines. She was 86 years old.

Ms. Brennan was a native of Brooklyn. In May 1961, she entered the Servants of the Blessed Sacrament in Waterville, Maine, a religious community devoted to the Eucharist and contemplative life. She made her final profession at the community’s convent in Pueblo, Colo., on Aug. 22, 1966. From 1967-74, she served in the Philippines as superior of a newly established Blessed Sacrament community in Manila.

In 1974, she returned to the Blessed Sacrament convent in Waterville. After making a 40-day Ignatian retreat, she met Father Francis Marino, S.M. She was granted a leave of absence to serve outside the convent, and in 1975, she and Sister Carol Vaccariello traveled with Father Marino to St. Mary’s House of Prayer in Corning where they began Anawim, a new community of laity and priests dedicated to spiritual and missionary endeavors.

In subsequent years, she provided spiritual direction and practical guidance for hundreds of people. In 1992, Ms. Brennan returned to the Philippines to continue her ministry with Anawim, living with and serving the poor until suffering a severe stroke in March 2019.

Ms. Brennan is survived by her sister, Margaret “Peggy” Jackson; brother, Tom Brennan; and many nieces and nephews. Her funeral Mass took place July 17, 2021, at the Anawim Community’s Shrine of Our Lady of the Liturgical Life in Las Piñas.