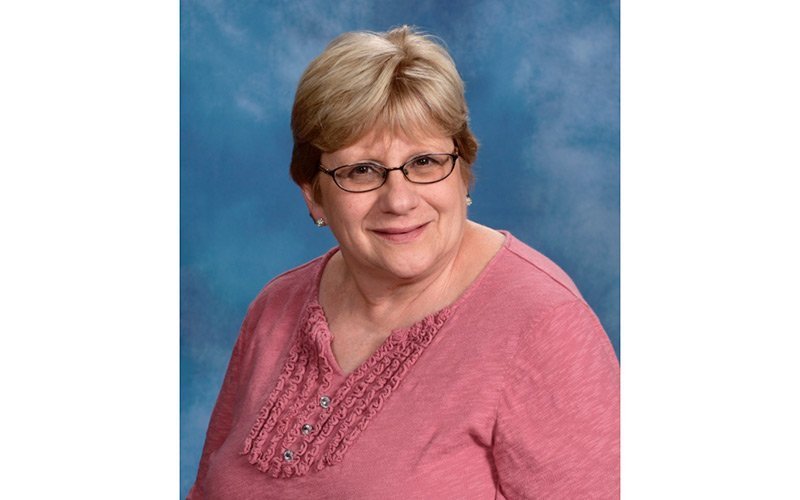 Barbara Swiecki, who served as a pastoral administrator at diocesan parishes over the past 18 years, died June 13, 2018, at Rochester’s Strong Memorial Hospital following a struggle with cancer. She was 66 years old.
Mrs. Swiecki, a native of Chicago, was a 1973 graduate of Northern Illinois University where she earned her bachelor’s degree in business administration and management. She graduated in 1993 from St. Bernard’s Institute — now St. Bernard’s School of Theology and Ministry — with a master’s degree in theology and theological studies.
After working in religious education and later as a pastoral associate at Pittsford’s Church of the Transfiguration from 1987-2000, Mrs. Swiecki became temporary administrator at St. Agnes Parish in Avon in 2000. She was assigned permanently to that position in 2001.
She remained at St. Agnes until 2006, when she became pastoral administrator at Guardian Angels Parish in Henrietta. One year later, she added the temporary position of pastoral administrator at Church of the Good Shepherd, also in Henrietta.
In 2010 she became permanent pastoral administrator of Guardian Angels and Good Shepherd as well as St. Joseph in Rush; the three Henrietta/Rush churches combined in 2012 to become St. Marianne Cope Parish. Mrs. Swiecki was still overseeing St. Marianne Cope at the time of her death.
Kathy Steiner, administrative assistant at the parish, noted that Mrs. Swiecki strove to be involved in all facets of parish life, despite having three churches to cover.
“She really went out of her way to know who the people were and interact with them,” Steiner said. “She was wonderful to work with. I honestly don’t know how she did half of what she did. She was like the Energizer bunny, she just kept on going.”
Kathi Piehler, a longtime parishioner at Church of the Transfiguration, noted that Mrs. Swiecki was a devoted volunteer during the early years of the parish, which was founded in 1983, and worked her way up the ranks until becoming a pastoral administrator.
“Barb brought a depth to her ministry that could be matched by few. She not only had empathy, compassion and kindness that endeared her to so many, but Barb brought a sharp business acumen from her former professions in the world of work before coming to Rochester,” Piehler said. “Barb truly was a ‘Woman for all Seasons.’ She could be fun and playful when engaging with the parish children ‚Ä¶ serious when she had to make the tough decisions for the good of the parish. And all the while, her deep faith was apparent to all who met her.”
Calling hours for Mrs. Swiecki will be Tuesday, June 19, from 2-4 and 6-8 p.m. at Miller Funeral and Cremation Services Inc., 3325 Winton Road S., Henrietta.
Her funeral Mass is scheduled for Wednesday, June 20, at 10 a.m. at Guardian Angels Church, 2061 E. Henrietta Road, Henrietta, with Bishop Emeritus Matthew H. Clark as celebrant. Interment will be at White Haven Memorial Park in Pittsford.
She is survived by her husband, Wayne; daughters, Jennifer (Christopher) Gill and Lori (Christopher) Layton; grandchildren, Coleston and Kennady Gill and Alexander and Eleanor Layton; mother, Ileane Yergovich; brothers, Ronald (Sharon) Yergovich and Thomas (Theresa) Yergovich; nieces, nephews, cousins and friends.
Memorial donations can be made to the Breast Cancer Coalition of Rochester, 1048 University Ave. Rochester, NY 14607.
Copyright © 2022 Catholic Courier, Inc. All rights reserved. Linking is encouraged, but republishing or redistributing, including by framing or similar means, without the publisher's prior written permission is prohibited.