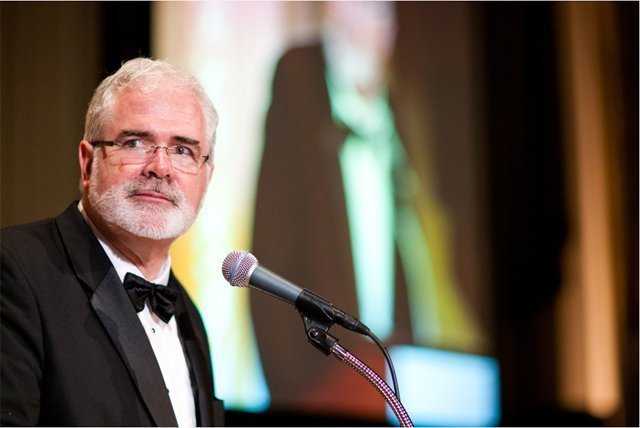 A 1975 article in the Catholic Courier — then known as the Courier-Journal — noted that Kevin "Seamus" Hasson, a senior at Bishop Kearney High School, had placed second in a statewide oratorical competition.

In the ensuing decades, Hasson continued presenting his points effectively — and on a much bigger stage.

After many years as an attorney in high-profile cases involving religious freedom in the United States, Hasson founded the Becket Fund for Religious Liberty in 1993. That same organization is currently defending the Little Sisters of the Poor, one of several groups that on May 16 saw the U.S. Supreme Court return to the lower courts their protest of the Affordable Care Act’s contraception mandate for employers.

"Religious liberty has traditionally been called our first freedom, and not because it happens to be first one listed in the Bill of Rights. It is grounded in human dignity and freedom of conscience, and without those, none of our other rights make any sense," Hasson said in a recent telephone interview, explaining his passion for the subject of religious freedom as exemplified by the Little Sisters of the Poor case.

Hasson grew up in St. John the Evangelist Parish on Rochester’s Humboldt Street. He said his oratorical endeavors at Bishop Kearney — influenced by his coach, the late Sister Evelyn Marie Carlin, SSND — helped set the tone for all that was to follow.

"My experience on the speech team first taught me how to argue a case persuasively," he said.

Hasson went on to earn a law degree from the University of Notre Dame. Prior to establishing the Becket Fund, he served in the U.S. Department of Justice’s Office of Legal Counsel and later as an attorney specializing in religious-liberty litigation at Williams & Connolly in Washington, D.C.

During his tenure as the Becket Fund’s first president, Hasson continued arguing notable cases and also lectured and debated widely. He retired from the Becket Fund in 2011 due to the effects of Parkinson’s disease, and now serves as the organization’s president emeritus and as a member of its board of directors. He has earned numerous awards and honorary doctorates.

Hasson said he is closely following the Becket Fund’s involvement with the Little Sisters of the Poor case, Zubik v. Burwell.

"The Little Sisters are the perfect poster children for religious freedom," Hasson remarked. "Here’s an order of nuns that exists to give free health care for poor people, and the government comes along and says, ‘If you don’t do it our way, we’re going to fine you millions and millions of dollars.’"

Hasson, who turned 59 on May 3, resides in Fairfax, Va. His latest book, Believers, Thinkers, and Founders: How We Came to Be One Nation Under God, was released April 5. For purchasing details, visit www.penguinrandomhouse.com/books.