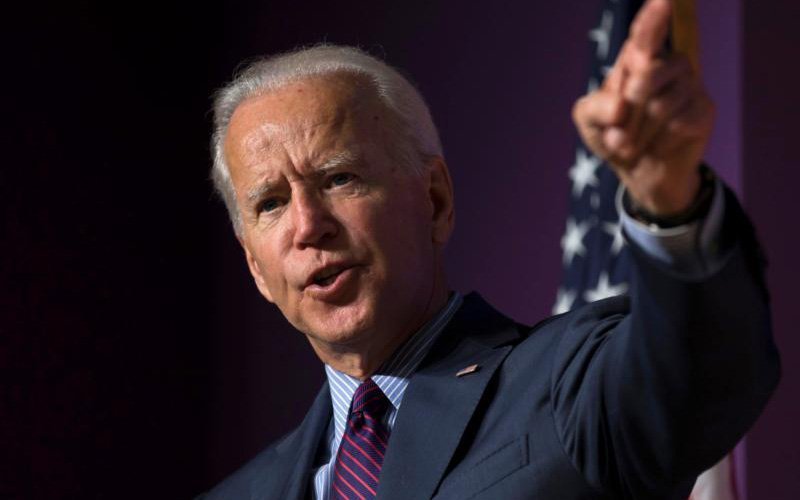 FLORENCE, S.C. (CNS) — Former Vice President Joe Biden attended the 9 a.m. Mass at St. Anthony Church Oct. 27 and when he presented himself to receive the Eucharist was refused by the pastor.

“Sadly, this past Sunday, I had to refuse holy Communion to former Vice President Joe Biden,” Father Robert Morey wrote in a statement responding to queries from the Florence Morning News. “Holy Communion signifies we are one with God, each other and the church. Our actions should reflect that. Any public figure who advocates for abortion places himself or herself outside of church teaching.”

At the heart of that teaching is Canon 915 of the Code of Canon Law which states that holy Communion should not be given to two groups of persons: those who are excommunicated or interdicted, and those “who obstinately persist in manifest grave sin.”

The issue of Catholic politicians supporting abortion has been addressed at every level of the Catholic Church. In 2004, Cardinal Joseph Ratzinger, then prefect of the Congregation for the Doctrine of the Faith, wrote a memo on “Worthiness to Receive Holy Communion: General Principles.”

In it he stated: “Regarding the grave sin of abortion or euthanasia, when a person’s formal cooperation becomes manifest (understood, in the case of a Catholic politician, as his consistently campaigning and voting for permissive abortion and euthanasia laws), his pastor should meet with him, instructing him about the church’s teaching, informing him that he is not to present himself for holy Communion until he brings to an end the objective situation of sin, and warning him that he will otherwise be denied the Eucharist.”

“This decision, properly speaking, is not a sanction or a penalty. Nor is the minister of holy Communion passing judgment on the person’s subjective guilt, but rather is reacting to the person’s public unworthiness to receive holy Communion due to an objective situation of sin,” Cardinal Ratzinger wrote.

In his statement, Father Morey offered his prayers for Biden.

“As a priest, it is my responsibility to minister to those souls entrusted to my care, and I must do so even in the most difficult situations,” he stated.

Biden, campaigning for his 2020 bid for president, was in South Carolina Oct. 26-27 attending a town hall meeting in Florence and a justice forum in Columbia. He identifies himself as Catholic and attends Mass at St. Joseph on the Brandywine in Greenville, Delaware.

His stance on abortion has changed over his career. He initially opposed the use of taxpayer money to fund abortions. In June, however, he reversed his position on the Hyde Amendment, which prohibits the use of Medicaid funding for abortion. In an Oct. 5 tweet, he wrote: “Roe v. Wade is the law of the land, and we must fight any and all attempts to overturn it. As president, I will codify Roe into law and ensure this choice remains between a woman and her doctor.”

Father Jay Scott Newman, pastor of St. Mary Church in Greenville, expressed support for Father Morey in an email to The Catholic Miscellany, newspaper of the Diocese of Charleston.

“As a canon lawyer, my own conviction is that Catholic politicians who support abortion do fall under the exclusion described by Canon 915 and that Father Morey arguably has the law on his side,” he said. “Moreover, the law does not restrict to the diocesan bishop the decision to exclude from Communion someone who fits either category of Canon 915, so Father Morey did not exceed his authority.”

“Perhaps the best analogy to this matter is the decision of several bishops during the struggle for civil rights to exclude from holy Communion those Catholic politicians who continued to oppose full integration for African Americans,” Father Newman continued. “The archbishop of New Orleans, for example, was widely applauded for his courage in taking that step.”

Mays is editor of The Catholic Miscellany, newspaper of the Diocese of Charleston.