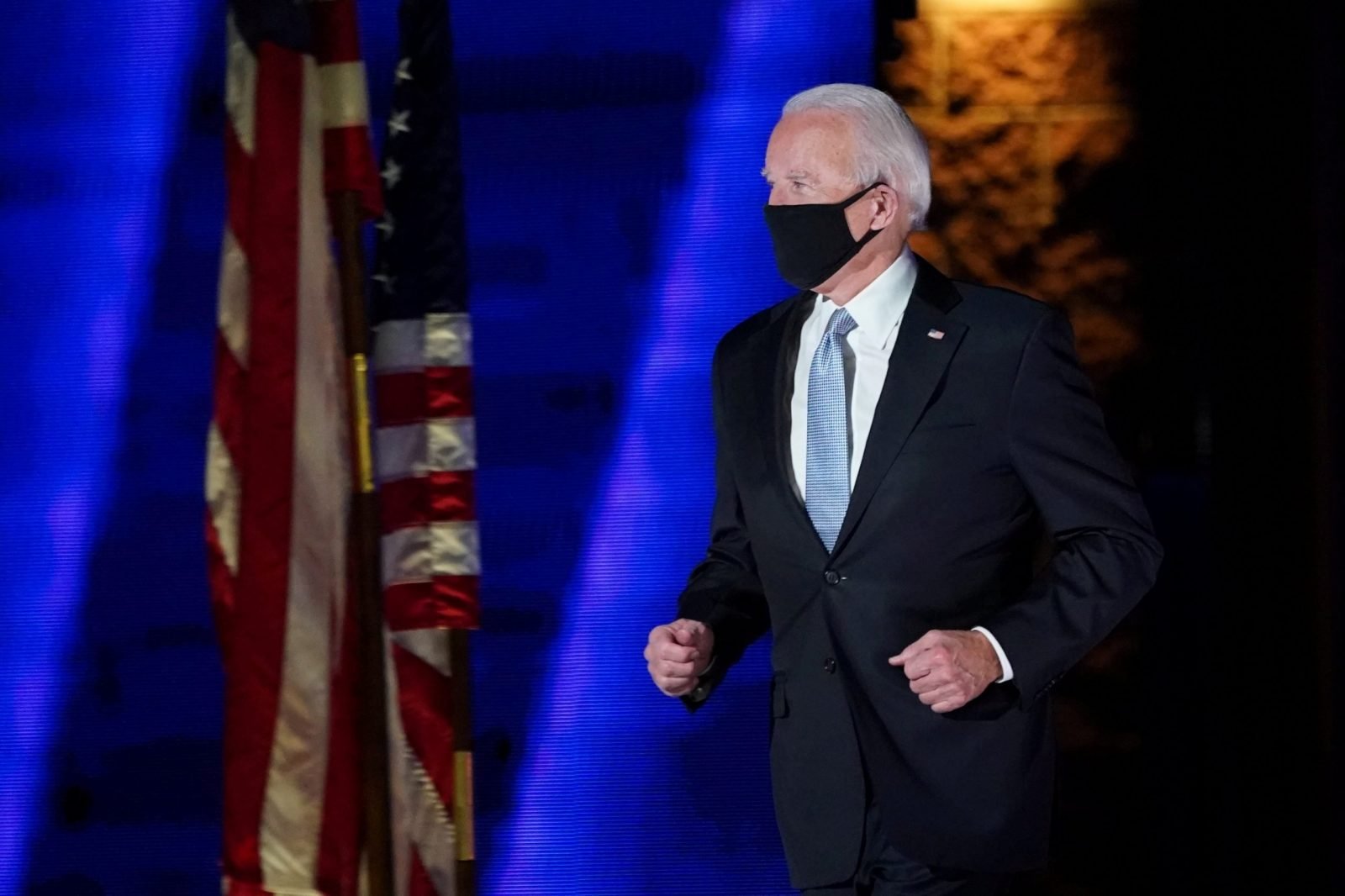 WASHINGTON (CNS) — Father Michael Joncas was watching President-elect Joe Biden’s victory speech Nov. 7, but not even he was expecting Biden to quote from his well-known hymn “On Eagle’s Wings.”

Biden gave an fairly lengthy introduction to the hymn in his remarks.

“In the last days of the campaign, I began thinking about a hymn that means a lot to me and my family, particularly my deceased son Beau. It captures the faith that sustains me and which I believe sustains America,” he said. “And I hope it can provide some comfort and solace to the 230 million — thousand — Americans who have lost a loved one through this terrible virus this year. My heart goes out to each and every one of you. Hopefully this hymn gives you solace as well. It goes like this.”

At this point, Father Joncas said he was making his own guess as to what that hymn might be. “I was thinking of stuff about racial healing, and thinking, well, maybe he’ll use ‘We Shall Overcome,’ or something like that, but I thought, no that might sound too divisive.”

And then Biden launched into the song’s refrain: “And he will raise you up on eagle’s wings, bear you on the breath of dawn, make you to shine like the sun, and hold you in the palm of his hand.”

“Suddenly my phone started going off because a whole bunch of other people had started watching” Biden’s remarks, Father Joncas said in a Nov. 9 phone interview with Catholic News Service from his quarters at the University of St. Thomas in St. Paul, Minnesota, where he is artist in residence and research fellow in Catholic studies.

“I responded to people yesterday for 90 minutes, and I’m still in the process today,” he added.

“I had heard through the grapevine he (Biden) had used the song earlier in his career. And he had used it earlier at a funeral — a fairly prominent funeral,” said Father Joncas, a priest of the Archdiocese of St. Paul and Minneapolis. “But it was a complete surprise to have it quoted in this setting.”

In a tweet delivered shortly after Biden’s speech, Father Joncas said, “To quote the president-elect, ‘I was honored and humbled’ to hear him quote ‘On Eagle’s Wings’ as he set out his initial vision for the country. I pray that the song can serve in some way to help the healing of our nation.”

“On Eagle’s Wings,” based on Psalm 91 and written in 1976, has taken on a life of its own far beyond the pages of Catholic hymnals.

“It started in the Catholic ambit, then it became international,” with translations in Polish, Spanish and Italian, the priest said. “It was even sung, for example, at (renowned Italian tenor) Luciano Pavarotti’s funeral — in Italian.”

Then “On Eagle’s Wings” found its way into the official hymnals of other denominations, including the Evangelical Lutheran Church in America and the United Methodist Church, he noted.

“The first big civic usage of it: the Oklahoma (City) bombings (in 1995), the memorial service,” Father Joncas told CNS, “without any direct reference to religious tradition. When you talk about legs, it seems to keep going in all sorts of directions.”

Father Joncas is still composing. His most recent piece, “surprisingly, may end up being second to ‘Eagle’s Wings'” in popularity, he said. “Shelter Me” “was written back in March , specifically to respond to the COVID contagion.

Based on Psalm 23, “that has just exploded on YouTube. There are many, many versions of it now,” the priest added. “Just enter in ‘Joncas’ and ‘Shelter Me’ and you’ll get scads and scads of versions of it.”