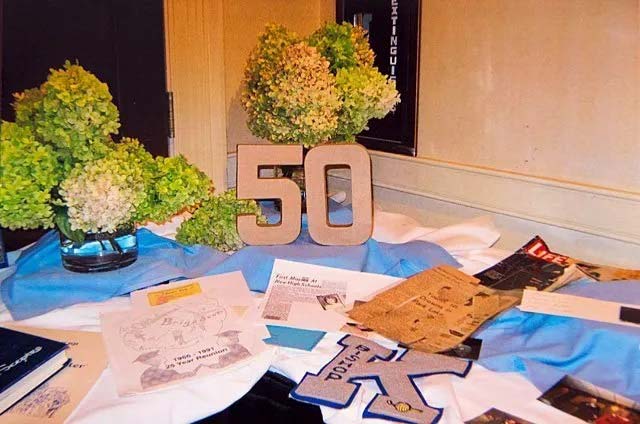 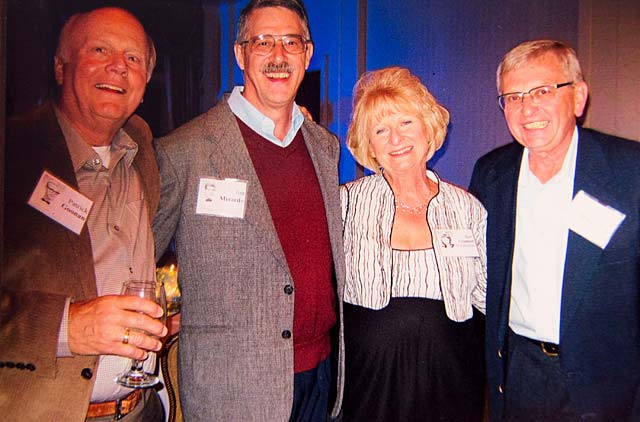 The first graduating class of Bishop Kearney High School in Irondequoit, the Class of 1966 — which is known as the “Pioneer Class” — celebrated its 50th high-school class reunion Sept. 23-24, 2016.

The festivities began Sept. 23 with a gathering at Silk O’Loughlin’s Restaurant in Irondequoit. On Sept. 24, members of the Class of 1966 were able to walk the halls of the school. They were even able to tour the “forbidden” third floor,” which was once home to the nuns and brothers and was off limits to students. The third floor is now a residence hall for Selects Academy’s girls hockey program.

On the evening of Sept. 24, 158 of the original 423-member graduating class came together at Monroe Golf Club in Pittsford for a buffet meal, dancing and musical entertainment by Beatles cover band Mr. Mustard. There was also trivia and a memorabilia table featuring school newspapers, a yearbook, a “K” from a letterman’s sweater and other memories from the Class of 1966’s four years at Kearney. A video, produced by alum Sue Barash Spall, was shown, remembering the 32 members of the class who have since passed away. Four faculty members from the “Pioneer Years” — Michael Fitzpatrick, Marc Zicari, Michael Spang and Carmen Urzetta — also were in attendance.

The reunion was a tremendous success, and there was talk about when the next one would take place. Some were even discussing the 75th reunion.