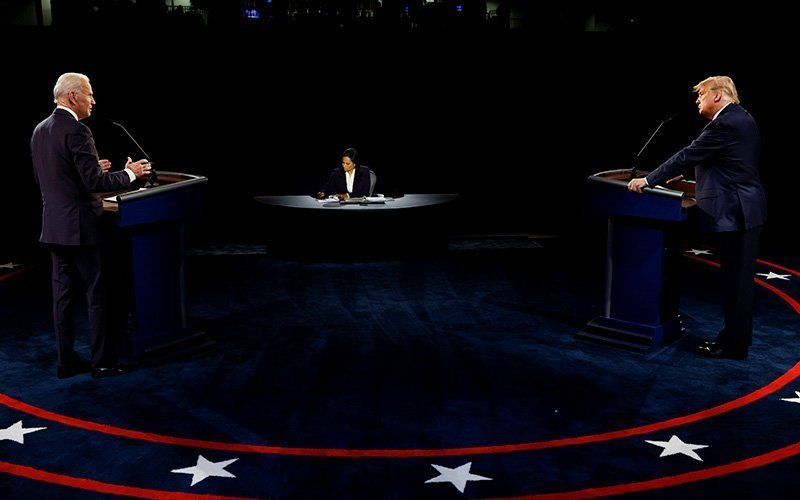 WASHINGTON (CNS) — The Catholic bishop of the Diocese of Lexington issued a terse rebuke against those telling Catholics whom to vote for in the upcoming presidential election, and his criticism included other prelates.

The bishop took issue with those who have questioned the faith of some Catholics.

“Many prominent Catholics, including clerics, have taken to social media and other outlets to denounce those who would vote for one or the other party,” he wrote. “Some seem to want to make the moral decision for everyone else and have proclaimed that voting for a particular candidate is either a matter of serious sin or outside the realm of possibility for ‘real’ Catholics.”

“None of this,” he said, “is consistent with the teaching of the church nor the document ‘Forming Consciences for Faithful Citizenship,’ which the U.S. Conference of Catholic Bishops releases in advance of each presidential election cycle.”

The document he referred to aims to educate U.S. church members about political responsibility and does not tell Catholics to vote for one party or another or for a particular candidate. That’s because no present political party, nor presidential candidate’s political stance, fully embraces Catholic teaching, he said.

“It is well known that the Catholic candidate, Joe Biden, supports upholding Roe v. Wade and thus the legality of abortion. This is clearly in opposition to the Catholic Church’s teaching,” he said.

But the current president has “spoken and acted in opposition to many life issues,” said Bishop Stowe, adding that, as the pope has said, “equally sacred” as the lives of the unborn, are the lives of the poor, “those already born, the destitute, the abandoned and the underprivileged, the vulnerable infirm and elderly exposed to covert euthanasia, the victims of human trafficking, new forms of slavery, and every form of rejection.”

Bishop Stowe wrote of the 545 children separated by Trump administration policy from their parents at the U.S.-Mexico border and who have not been reunited with family despite court orders to do so.

He spoke of the administration resuming federal executions, which goes against the teaching of the Catholic Church, and what he termed Trump’s “refusal to renounce white supremacists” as well as “the derogatory language he has used against women, people of color” and people with disabilities, all of which is “in opposition to the church’s teaching about the dignity of the human person,” he said.

“The refusal to admit asylum-seekers, seriously diminishing the number of refugees admitted to the country and abusing the human rights of those in immigration custody are all acts that go against Catholic teaching,” Bishop Stowe added.

The Lexington prelate has been an outspoken critic of the president. On several occasions, when a report of immigrant women who, without their knowledge, had hysterectomies performed on them while in government custody, when a report of the separated children came out, he tweeted, “Still think he’s pro-life?”

Though many are discussing the Catholic vote, “unless and until we are ready to address a culture of consumption that treats too many human lives as disposable, our discussions of the Catholic vote are pretty shallow,” he wrote in the op-ed.

He also stressed that “neither the church nor its bishops or pastors are permitted to make endorsements or tell people how to vote,” even as both presidential campaigns are heavily targeting the Catholic population.