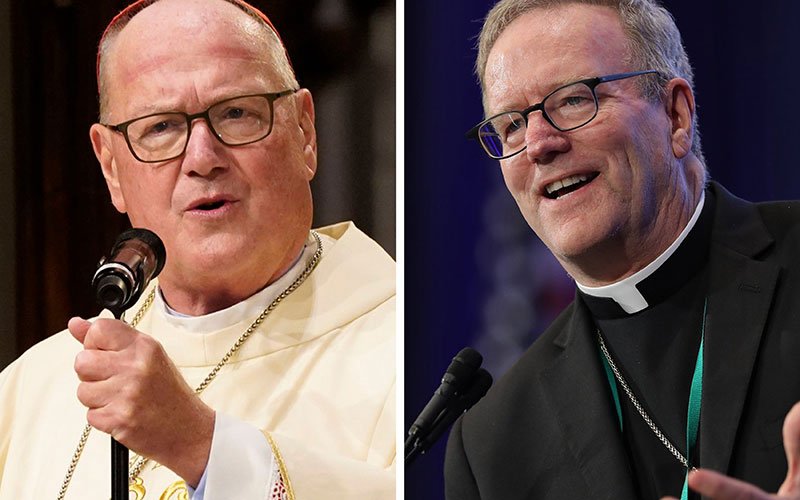 WASHINGTON (CNS) — The chairman of the U.S. bishops’ Committee on Laity, Marriage, Family Life and Youth said he was “gravely disappointed” by the U.S. Senate’s passage of the Respect for Marriage Act.

Bishop Robert E. Barron of Winona-Rochester, Minnesota, said Dec. 1 that the measure “fails to include clear, comprehensive and affirmative conscience protections for religious organizations and individuals who uphold the sanctity of traditional marriage that are needed.”

The Senate passed the bill Nov. 29 in a 61-36 vote. The U.S. House of Representatives approved the measure by a wide margin in July, but must vote again on the bill as amended by the Senate.

House passage of the revised legislation is expected, and President Joe Biden has said he will sign the bill into law.

Decades of social and legal developments “have torn sexuality, childbearing, and marriage from each other in the public consciousness,” Bishop Barron said in statement released by the U.S. Conference of Catholic Bishops.

“Much of society has lost sight of the purpose of marriage and now equates it with adults’ companionship,” he said.

“We affirm our respect for the dignity of all engaged in this debate and acknowledge differing perspectives in our civil society,” Bishop Barron added, “but the impact of this bill will only contribute to the diminishment of the sacredness and integrity of marriage in our society.”

Ahead of the Senate vote, Bishop Barron joined Cardinal Timothy M. Dolan of New York, chairman of the USCCB’s Committee for Religious Liberty, in reiterating the bishops’ ” firm opposition” to the “misnamed” measure legalizing same-sex marriage.

In a Nov. 23 joint letter to all members of Congress, the chairmen said they were writing “to implore Congress to reverse course” on H.R. 8404, also known as RMA.

The letter said the bishops’ opposition to the Respect for Marriage Act “by no means condones any hostility toward anyone who experiences same-sex attraction.”

The bill codifies the Supreme Court’s 2015 ruling in Obergefell vs. Hodges that found a constitutional right to same-sex marriage. It also codifies interracial marriage.

In a Nov. 17 statement after the bill advanced in the Senate, Cardinal Dolan called it “a bad deal for the many courageous Americans of faith and no faith who continue to believe and uphold the truth about marriage in the public square today.”

“It is deeply concerning that the U.S. Senate has voted to proceed toward potential passage of the Respect for Marriage Act,” he said. “(It) does not strike a balance that appropriately respects our nation’s commitment to the fundamental right of religious liberty.”

In their joint letter, Cardinal Dolan and Bishop Barron said that measure’s “rejection of timeless truths about marriage is evident on its face and in its purpose.” They repeated the cardinal’s earlier point that it “would also betray our country’s commitment to the fundamental right of religious liberty.”

The text of their letter and a lengthy detailed analysis by the USCCB on how the bill, if it becomes law, endanger religious liberty can be found at https://bit.ly/3H22Z74.

“First, the bill will be used to argue that the government has a compelling interest in forcing religious organizations and individuals to treat same-sex civil marriages as valid,” the analysis said.

Amendment to bill says it “protects all religious liberty”

An amendment to the bill says it “protects all religious liberty and conscience protections available under the Constitution or federal law, including but not limited to the Religious Freedom Restoration Act, and prevents this bill from being used to diminish or repeal any such protection.”

It also “confirms that nonprofit religious organizations will not be required to provide any services, facilities, or goods for the solemnization or celebration of a marriage.”

The amendment was worked out by a bipartisan group of negotiators — headed by Sens. Tammy Baldwin, D-Wis., and Susan Collins, R-Maine — who had asked the Senate for more time to consider “an amendment designed to respond to the concerns of GOP lawmakers who feared the legislation could put churches and other religious institutions at legal risk if Congress voted to codify same-sex marriage rights.”

With the amendment, 12 Republicans joined every Democrat in supporting the marriage bill.

But the USCCB analysis said that even with the amendment, under the bill “religious objectors are likelier to be denied exemptions under the First Amendment and RFRA in cases where they would have prevailed but for the passage of RMA.”

The measure “would have a ripple effect that hurts religious freedom in every context where conflicts with same-sex marriage arise, not just in the context of compliance with RMA itself,” the analysis said.

“Employment decisions, employees’ spousal benefits, eligibility for grants or contracts, accreditation, tax exemptions — it runs the full gamut, even in religious liberty conflicts arising out of state or local laws,” it added.

“Unfortunately, a number of religious groups and senators are asserting that the amended text of RMA sufficiently protects religious freedom,” Cardinal Dolan and Bishop Barron said in their letter.

They added that from the perspective of the USCCB, “whose bishops’ ministries comprise the largest nongovernmental provider of social services” in the U.S., the provisions of the bill “that relate to religious liberty are insufficient.”

“The amended act will put the ministries of the Catholic Church, people of faith and other Americans who uphold a traditional meaning of marriage at greater risk of government discrimination,” the two prelates said.

“This bill is needless and harmful and must be voted down,” they said. “At the same time, Congress, and our nation as a whole, must resolve to foster a culture where every individual, as a child of God, is treated with respect and compassion.”

Ahead of the House vote in July, the chairmen of the U.S. bishops’ pro-life and marriage and family committees wrote a joint letter to House members urging they reject the measure.

The Respect for Marriage Act repeals the 1996 Defense of Marriage Act, signed into Law by President Bill Clinton. It barred the federal government from recognizing same-sex marriage, until the U.S. Supreme Court ruled that law unconstitutional in 2013.

The push in Congress to codify a right to same-sex marriage in federal law followed an opinion by Justice Clarence Thomas in the Dobbs ruling that overturned Roe v. Wade.