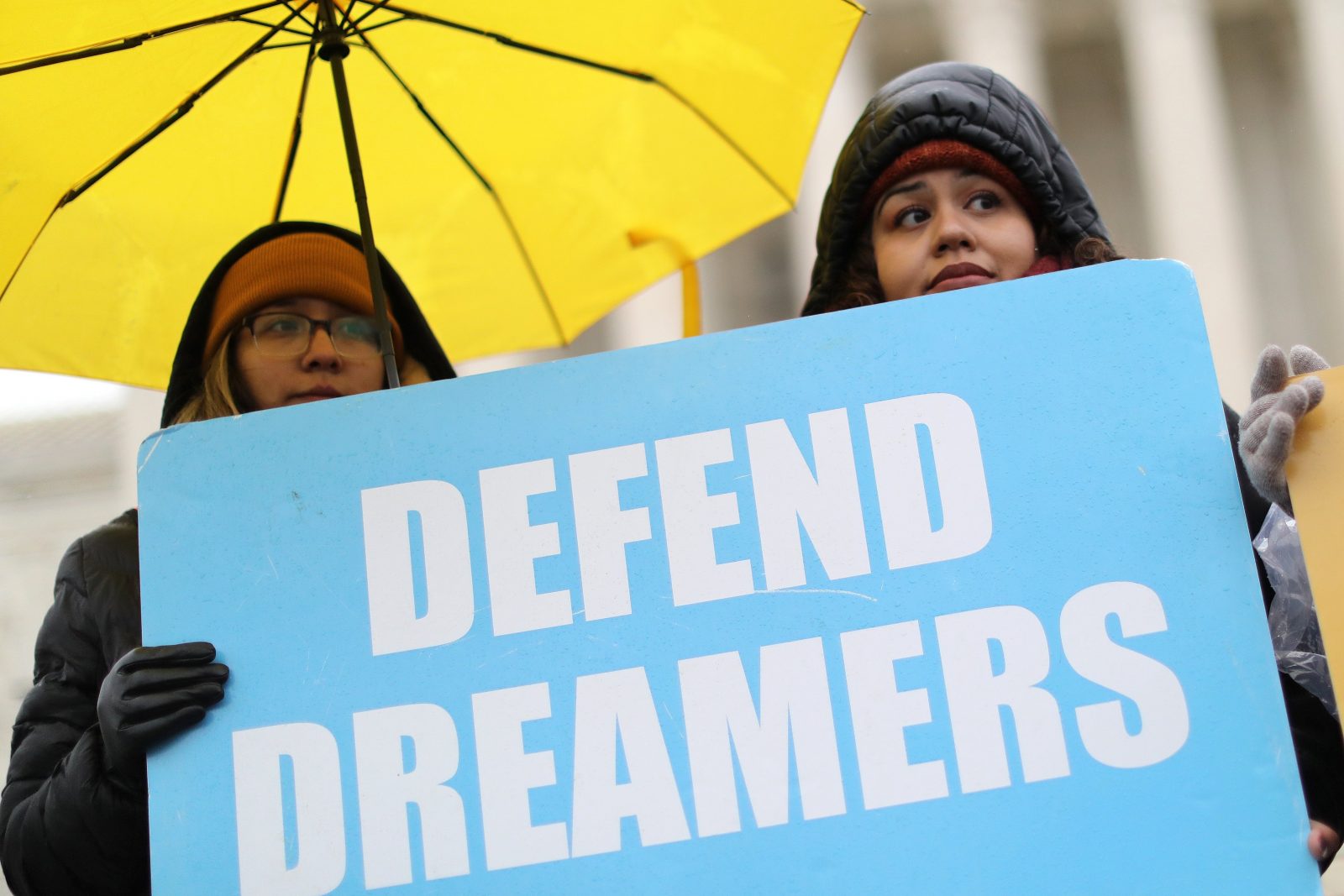 Los Angeles Archbishop José H. Gomez, USCCB president, and Auxiliary Bishop Mario E. Dorsonville of Washington, chairman of the bishops’ Committee on Migration, said they were prepared to work with the president and Congress on such an “urgent matter of human life and dignity” for immigrants.

In a statement released Jan. 21, the prelates said action on DACA was particularly important for about 800,000 young people who were brought to the U.S illegally as children.

They said the young people who benefit from the program, known as Dreamers, deserve the opportunity to continue working legally in the U.S., access educational opportunities and not fear deportation.

“We welcome the announcement preserving and fortifying DACA,” they said. “For years, DACA youth have been enriching our country. They are contributors to our economy, veterans of our military, academic standouts in our universities and leaders in our parishes and communities. They and their families deserve certainty, compassion, generosity and justice.”

DACA recipients have been living in uncertainty in recent years as former President Donald Trump’s administration sought to overturn the program that was implemented in 2012 and deport them. Immigrant advocates have protested those moves, saying the issue is a matter of justice and that most of the people eligible for DACA would be forced to return to a country they did not know and face untold danger.

DACA was suspended last summer by Chad Wolf, acting Homeland Security secretary. However, a federal district court judge in New York in December ruled Wolf’s action was invalid because he was serving in his position illegally.

Biden’s memorandum was directed at the departments of Homeland Security and Justice. It called for “preserving and fortifying” DACA. It also allows the government to accept new applications to the program.

Archbishop Gomez and Bishop Dorsonville said protecting Dreamers “should be only the first step in the systematic reform of our outdated immigration laws.”

“Now is the time to move forward in a bipartisan manner to fix our broken immigration system,” they added.

Legislation will be necessary to address the status of Dreamers. Their supporters have long called for immigration reform that provides a path to citizenship.

The archbishop and bishop repeated the call for such legislative action, saying the time has come for comprehensive immigration reform not just for Dreamers but others who are in the country illegally.

They advocated for reform that “upholds family-based immigration, honors due process and the rule of law, recognizes the contributions of workers, protects the vulnerable fleeing persecution and addresses the root causes of migration.”

One order mandated that immigrants in the country illegally be counted in the census, reversing a Trump effort to prevent them from being included in the population count. The Trump order has faced numerous lawsuits, however.

A second Biden order rescinded a Trump order calling for wide-scale efforts to find and deport immigrants who are in the country without authorization.

The Department of Homeland Security also announced late Jan. 20 that under a Biden directive, it would pause deportations of some noncitizens for 100 days starting Jan. 22.

The agency said the moratorium will allow it to “review and reset enforcement priorities.” The Trump administration had implemented a plan to deport unauthorized immigrants, including families and longtime residents.