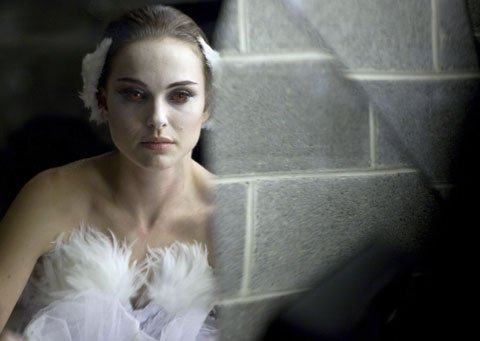 Consumed by dedication to her art, dancer Nina (Natalie Portman) longs to play the dual leading roles of the White and Black Swans in her company’s forthcoming production of Peter Ilyich Tchaikovsky’s "Swan Lake." Though artistic director Thomas (Vincent Cassel) considers the shy and inhibited but gifted performer perfect for the pure White Swan, he doubts her ability to carry off the part of the villainous Black Swan, an onstage embodiment of guile and sensuality.

So Thomas urges Nina to get in touch — in the first instance, quite literally — with her sexuality.

To do so, however, Nina must rebel against her strict, overprotective mother Erica (Barbara Hershey), with whom she still lives. A former ballerina whose career went nowhere, Erica is obsessed — or so at least it seems to Nina — with fulfilling her dreams of success vicariously through her daughter.

Nina gains a role model in hedonistic living — and a rival for center stage — when passionate newcomer Lily (Mila Kunis) joins the troupe. Their much-talked-about bedroom encounter — the culmination of a night of drunken and drug-fueled carousing — marks the nadir of the film’s voyeuristic excess.

Whether read as insisting on the necessity of indiscriminate experience or as a cautionary tale weighted in the opposite direction — Nina’s fate sadly parallels that of the tragic White Swan — this dark fable presents its heroine’s experimentation far too graphically.