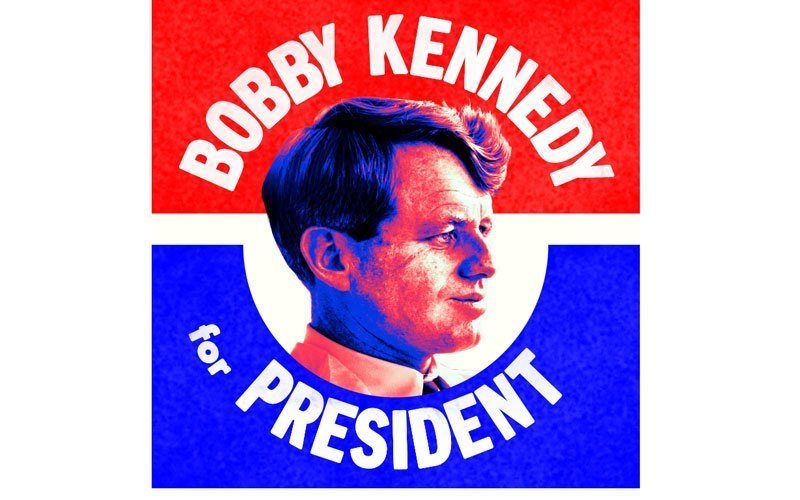 NEW YORK (CNS) — The first and last episodes of the four-part docuseries “Bobby Kennedy for President” may not gratify viewers as much as the middle chapters. But at its best, the film will fascinate, absorb and deeply affect viewers. Released April 27, and presented in one-hour segments, the profile is streaming on Netflix.

Given its mature themes of war, murder, violence, poverty and racism, and its inclusion of some strong language, the program is safest for adults. Yet its strong educational value may make it acceptable for mature adolescents as well.

Director Dawn Porter fuses seldom-seen archival footage that has recently been digitally restored with vivid photographs and commentary from Kennedy’s close associates and other eyewitnesses to create a richly comprehensive portrait of the late senator. She also effectively highlights his enduring impact.

Released in anticipation of the 50th anniversary of Kennedy’s assassination — June 5, 1968 — “Bobby Kennedy for President” begins unsteadily. The documentary feels disjointed as it flits from topic to topic. Not having a narrator generally works for the film, but a guiding voice at its start might have helped steer a seemingly rudderless ship.

The program eventually settles in, but the title may mislead viewers who may anticipate a series focused exclusively on the New York senator’s campaign to secure the Democratic Party’s presidential nomination in 1968. Instead, Porter documents the whole arc of Kennedy’s public service, mercifully sparing viewers discussion of Kennedy’s rumored marital infidelities.

Much of the first episode’s history will be well known to older viewers. Controversy marked Kennedy’s early career, including his role as assistant counsel to the Senate’s Permanent Subcommittee on Investigations, chaired by Wisconsin Sen. Joseph McCarthy.

As his brother John’s campaign manager during the 1960 presidential campaign, and subsequently as attorney general, Bobby became, in the words of his former aide William vanden Heuvel, “the second most powerful man in the country.” The brothers’ partnership, vanden Heuvel also says, “represented the future of the country.”

That collaboration, of course, ended tragically in Dallas on Nov. 22, 1963, and Bobby’s future — like the nation’s — became much more uncertain. Overcoming accusations of carpetbagging as well as his evident lack of experience as a public speaker, Bobby secured one of the Empire State’s U.S. Senate seats in the election of 1964.

Ironically, given that the two men notoriously detested each other, Bobby’s success may have been due, in part at least, to the overwhelming margin by which his brother’s successor, Lyndon B. Johnson, captured the presidency in his own right that year.

Watching footage of Kennedy driving his own car on the day of his 1965 Senate swearing-in ceremony, viewers will sense that the series itself is now on the move. Being behind the wheel, moreover, presents an apt metaphor for the situation in which Bobby, who had so long and so willingly taken a back seat to Jack, now found himself.

Alone and in charge of his destiny, he observes, “You only get one time around.”

As a senator, Bobby displayed the capacity to “listen and learn,” as Children’s Defense Fund founder Marian Wright Edelman says in the film. Wright, who later married close Kennedy aide Peter Edelman, convinced Kennedy to tour the Mississippi Delta in 1967.

The abject conditions he found there shocked and angered Bobby, who also visited Appalachian Kentucky in 1968 in an effort to relaunch, in a sense, LBJ’s War on Poverty — which had been somewhat stalled by the expense of the Vietnam War.

Kennedy’s opposition to U.S. involvement in that conflict stemmed, in part, from his belief that even a portion of the $600 million the nation spent on aid for South Vietnam each year could go a long way toward alleviating domestic poverty. That conviction formed part of the basis for his eventual entry into the 1968 presidential campaign.

“I run,” he says, while announcing his candidacy, “because I’m convinced this country is on a perilous course.”

By combining the series’ second and third episodes, the filmmakers could have produced a great stand-alone documentary, taking viewers from Kennedy’s1964 New York Senate run through his assassination.

As the filmmakers correctly point out, throughout his career, Bobby evoked extreme reactions, both of “devotion and distrust.” During his final, unfinished campaign, his electric connection to his devotees, who clamored to shake his hand or merely touch him as he passed by, came to the fore.

Not long afterward, many of them would line the tracks between New York and Washington to salute his funeral train.

The last part of the documentary focuses on the circumstances surrounding the assassination. Did Sirhan Sirhan murder Kennedy on his own or did he have help?

It’s obviously an important subject. But absent Kennedy’s magnetism, the film stalls. In its earlier portions, however, with Bobby squarely at center stage, Porter’s biography soars.