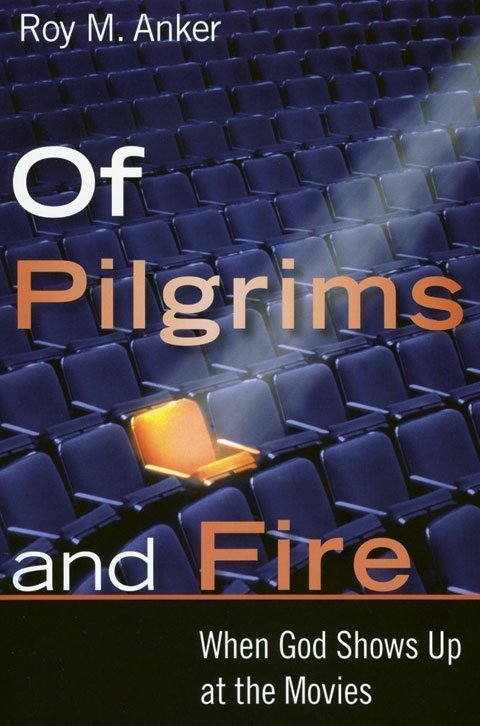 What good are movies when it comes to faith, spirituality and religion? Roy M. Anker, the author of Of Pilgrims and Fire, who teaches literature and film at Calvin College in Grand Rapids, Mich., brings both a classic Protestant suspicion of the world and a Catholic sacramental imagination — often in tension with each other — to this enlightening book.

Anker’s preference for "pilgrimage" as a basic metaphor for a Christian perspective on life and the world reveals the Protestant lenses through which he looks at movies. Indeed, in this book the metaphor of "pilgrimage" often seems to echo classics such as John Bunyan’s The Pilgrim’s Progress (17th century). The first metaphor Anker suggests for the world is "darkness." He writes that, "For all our techno-dazzle in getting around quickly via cars and planes, not many people anywhere — in the church or outside it — seem to have much of a sense of where in fact they’re headed or why."

At the same time, Anker’s appreciation for the metaphor of "light" reveals the appreciation some in contemporary mainline Protestant traditions have for the Catholic sacramental imagination and its sensitivity to the sacred in the ordinary. "When we are lost in the cold and darkness," Anker declares, "especially religiously, there’s nothing we crave as much as a mere flash that might give some direction and maybe also some warmth."

Stories reveal most clearly the pilgrim’s quest for light, Anker writes, "stories we love to hear, read, and see. … Humanity’s appetite for stories is insatiable, because stories are deeply pleasurable." Indeed, no medium "relies so much on light to find Light as film does. … At its most rudimentary level, the movie camera ‘catches’ light and the projector ‘shines’ light on a reflective, iridescent screen. Film is, then, quite literally a medium of light."

At the same time, for Anker there are relatively few films that actually "find Light," and the ones that do tend to be "offbeat" in the ways that they reveal the holy in the ordinary. Anker scorns overtly "religious" films such as The Robe, The Ten Commandments, Ben Hur and A Man for All Seasons. He prefers movies that "fasten on the struggles of quite ordinary people as they try to find some measure of light that will make sense of the world and themselves."

"Of Pilgrims and Fire" organizes movies with fundamentally religious meanings into six categories: those that "meditate … on the unfathomable, irreplaceable gift of being alive in a beautiful and sensually luminous world;" films that emphasize "the connections between religious belief and conduct;" movies that "show several registers of what used to be called ‘redemption;’ others that explore "Facsimiles of God;" and films that investigate "the reconciliation of the human community."

In a chapter titled "A Dozen Tips for Smart Film Viewing," Anker offers practical suggestions on how to get the most out of watching a movie. Keep in mind that a film rating of "R" is no reason for Anker to avoid watching. This is a book for mature, thoughtful grown-ups, not a guide on "family viewing," although some are perfectly acceptable for youngsters. Films Anker discusses include "American Beauty," "The Godfather: Part III," "The Shawshank Redemption," "Superman: The Movie" and "Magnolia."

Anker’s discussion of the final "eucharistic" scene in "Places in the Heart" — possibly one of the greatest movies ever made — recognizes the astonishing wonder and holiness of it. But a Catholic film critic would not fail to mention that the whole scene is an extended cinematic metaphor for the Catholic doctrine of the communion of saints, the ecclesial community that transcends yet includes time and space.

Of Pilgrims and Fire is a fine book that movie lovers will want to read and keep on hand when looking for top-flight films to watch.

Finley is the author of more than 30 books on Catholic topics, most recently The Patron Saints Handbook (The Word Among Us Press).